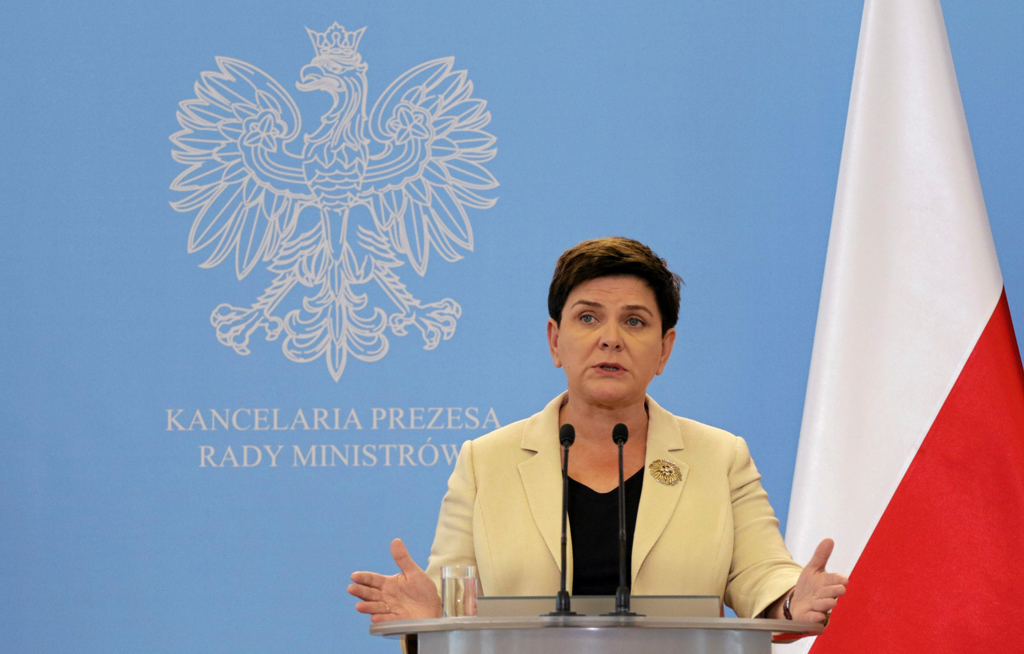 VARSOVIE, Poland - Poland's rightwing premier Thursday said she believed her country had the right to demand World War II reparations from Germany but added that her government was still mulling its official position.

"The position of the Polish government on war reparations will be officially expressed when a political decision is taken," Prime Minister Beata Szydlo told the commercial radio station RMF FM.

"We are ready to go ahead with this procedure," she said.

The government disputes the validity of a 1953 resolution by Warsaw's then communist authorities, who dropped claims against Germany. The deal was made under the diktat of the Soviet Union, the government argues.

Szydlo said Wednesday that Warsaw was "proposing dialogue" with Berlin about war reparations.

Her foreign and interior ministers have previously said EU and NATO neighbours Poland and Germany should hold "serious talks" about reparations, adding that the figure could be as high as one trillion dollars.

Jaroslaw Kaczynski, the powerful leader of the ruling Law and Justice (PiS) party, has accused Germany of shirking responsibility for the damage it inflicted on his country.

Six million Polish citizens, including around three million of Jewish origin, were killed under Nazi occupation between 1939-45. The capital Warsaw was virtually razed.

According to a survey by the independent Ibris pollsters published late last month, 51 percent of Poles oppose any reparations claims against Germany, while 24 percent believe claims ought to be made.

The talk of reparations comes as the PiS government faces heavy fire both at home and abroad since taking office in 2015 for a slew of reforms that critics say erode democratic standards and the rule of law.

The EU launched legal action in July against the government over reforms that it fears will limit judicial independence.