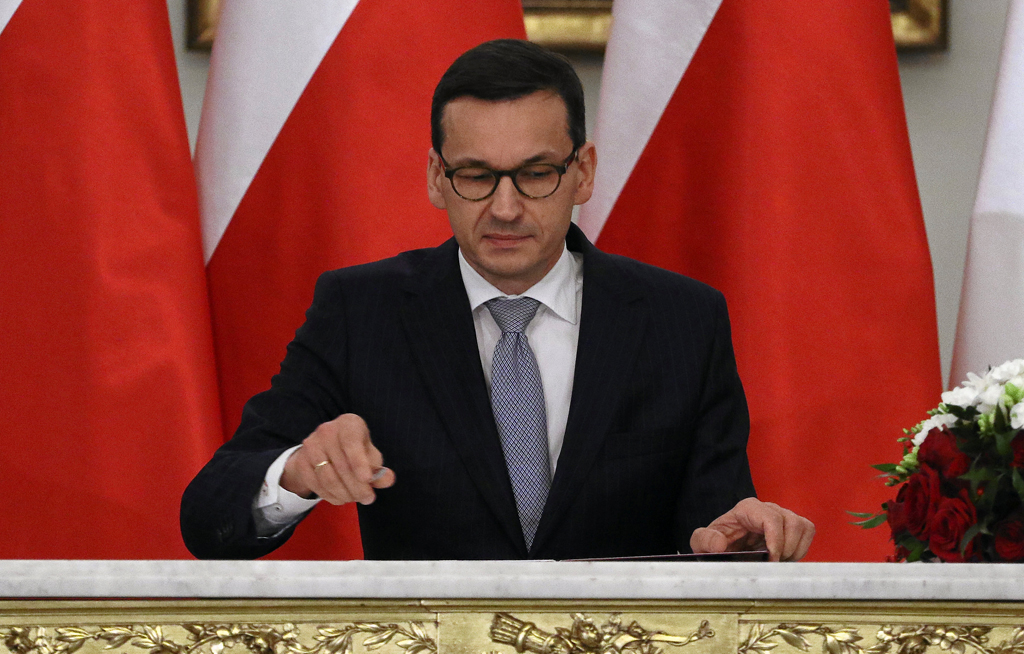 WARSAW - Poland&39;s incoming Prime Minister Mateusz Morawiecki on Tuesday delivered a policy speech that promised to maintain and expand the previous administration&39;s focus on social welfare, while barely touching upon the issues that have put Warsaw at odds with the European Union.

The Western-educated ex-banker was tapped by the governing right-wing Law and Justice (PiS) party to take over as prime minister, notably to mend ties with Brussels.

"The government of which I am in charge is the same, its course of action is the same and the roadmaps and values are the same. It is thus a government of continuation, which will pursue a policy of helping Polish families," Marowiecki told parliament.

"Development and social issues are one and the same. A thriving economy is a requirement for pursuing a generous social policy -- as is the case now. That&39;s why we will continue our social programmes. What&39;s more, we will reinforce and expand them."

The former bank chairman, who made a name for himself by taking on tax evasion and bolstering the welfare state, also reiterated the PiS government&39;s opposition to "a two-speed Europe".

"We don&39;t want new divisions where some are left behind. We disagree with dividing Europe into those who are better and those who are worse," Morawiecki said in his policy speech.

"Dear Europe, the Polish piece fits perfectly in the European puzzle but it should not be placed the wrong way or shoved in by force. That would destroy both the whole picture and our piece too."

Morawiecki only briefly mentioned the issues that have put Warsaw in conflict with the EU, including its refusal to welcome migrants and its logging in the Bialowieza Forest, Europe&39;s last primeval woodland.

He also barely touched upon the string of judicial reforms that the PiS government began introducing after coming to power in late 2015 and which the EU argues pose a "systemic threat" to the rule of law.

Brussels has warned Poland that it may trigger Article Seven of the EU&39;s treaties -- the so-called "nuclear option" that freezes voting rights -- over the judicial reforms that also sparked massive street protests and concern from the US State Department.