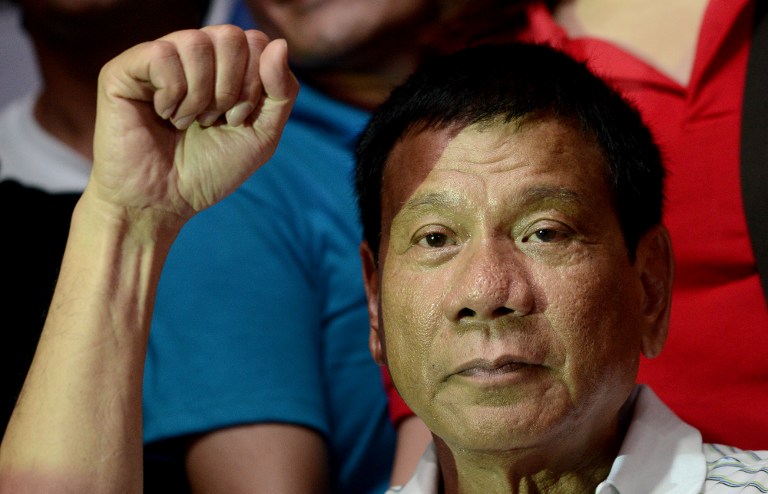 MANILA -  A Philippines mayor accused of involvement in narcotics trafficking was shot dead along with 14 other people in a police raid Sunday -- the latest official to die in President Rodrigo Duterte's war on drugs.

Duterte has singled out local officials, policemen and judges as part of a crackdown that has made him popular with many Filipinos but has been condemned by human rights groups and other critics.

Among those Duterte named was Reynaldo Parojinog, mayor of Ozamiz city on the southern island of Mindanao. He was killed along with his wife, his brother and 12 others in what police described as a dawn raid on his home.

"Police were serving a search warrant when the security guards of the mayor fired at them, so our policemen retaliated," regional spokesman Superintendent Lemuel Gonda told AFP.

However Jeffrey Ocang, an aide to the Parojinogs who are an influential political clan, denied there had been any exchange of gunfire and said the mayor's camp did not fire a shot.

It has been an open secret for the longest time in Northern Mindanao. Parojinogs protect the illegal drug trade in Ozamiz. https://t.co/BDBDcUu5q2

Not sure what's scarier - that #Ozamiz Mayor Parojinog and his wife have died as a result of a raid or the use of that hashtag pic.twitter.com/IByg2jgH0i

Police said none of their officers was hurt apart from one who sustained a minor injury from an explosion.

Following the raid police arrested Parojinog's daughter, the city's vice-mayor, and said she would face charges.

Duterte won the presidency last year after promising to kill tens of thousands of criminals to prevent the Philippines from becoming a narco-state.

Since he took office, police have reported killing nearly 3,200 people in the drug war. More than 2,000 other people have been killed in drug-related crimes, according to police data.

Rights groups say many of those victims have been killed by vigilante death squads linked to the government, and that Duterte may be overseeing a crime against humanity.

In a speech last year Duterte said Parojinog was among mayors involved in the illegal drug trade.

Police said they had conducted surveillance on Parojinog based on the president's remarks. "He has many security personnel who carry unlicensed firearms," regional police chief Timoteo Pacleb told radio DZMM on Sunday.

In November Rolando Espinosa, the mayor of Albuera town, was killed inside his cell during a night-time raid in a provincial jail. Police claimed Espinosa shot at them first despite being in custody.

Duterte defended the officers involved in that raid and ordered their reinstatement, but critics said the decision would worsen the nation's "culture of impunity".

In October Samsudin Dimaukom, the mayor of the southern town of Saudi Ampatuan, was killed in a shoot-out at a police checkpoint on suspicion he and his security personnel were transporting illegal drugs, authorities said.