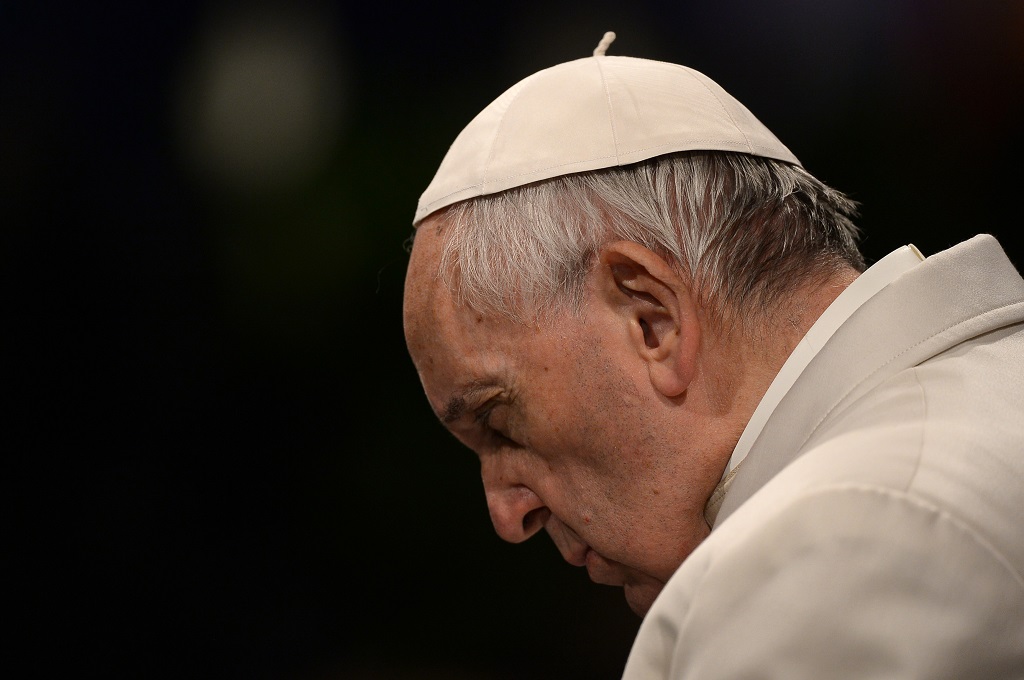 Pope Francis presides the Via Crucis (Way of the Cross) torchlight procession at the Colosseum on Good Friday, on April 14, 2017 in Rome.

SANTIAGO, Chile - Pope Francis will hold a closely watched meeting with members of Chile&39;s under-fire clergy on Tuesday, the first full day of his visit to a country whose Church is beset by sex abuse scandals.

He arrived in Santiago on Monday night and was received by leftist President Michelle Bachelet - an agnostic who has faced down conservative opposition, including from the Church, to spearhead social reform.

Bachelet&39;s socialist government has ushered in recognition of same-sex civil unions, decriminalised abortion and introduced a bill on same-sex marriage.

Bachelet, who will meet Francis on Tuesday, has called on Chileans to welcome the pope, though a positive reception may not be universal.

The once-dominant Catholic Church has seen its influence decline, never more so than now, in the aftermath of a wave of sexual abuse scandals involving priests.

After his arrival in Santiago, the 81-year-old pontiff moved with his delegation to the parish of San Luis Beltran to pay homage to the "Bishop of the Poor" figure.

He then boarded the "Popemobile" for the drive to the Vatican property where he will spend three nights while in Chile.

The spiritual highlight of Francis&39;s visit will take place Tuesday - a giant open-air mass for some 400,000 pilgrims at the city&39;s O&39;Higgins Park.

Several groups protested near Argentina&39;s embassy over the cost of the trip, including a group of people who climbed onto a crane, an incident that led to five arrests.

Other demonstrations against sex abuse in the Church and from members of the gay community were expected, amid heightened security.

The organisation "seeks to stop child sexual abuse by the clergy," said one of its founders, Jose Andres Murillo.

The body aims to form a group of prosecutors "to bring to court these crimes against humanity," said Sara Oviedo, former vice-president of the UN Committee on the Rights of the Child.

It also plans to set up a global database of child abuse cases and present it to the UN.

"In Chile there are bishops who have been involved in cover-ups and who should be in jail," said Juan Carlos Cruz, a member of the organisation.

"Specifically here in Chile we are asking the pope for action - not forgiveness."

US-based monitoring group BishopAccountability.org said ahead of the visit that almost 80 Roman Catholic clergy members had been accused of sexually abusing children in Chile since 2000.

The group, which cited court and media records, said the list represented "a fraction of the total number of accused clerics who would be known if Chile&39;s church leaders were required to report to law enforcement."

Victims of pedophile priests have campaigned for greater openness from the Church in dealing with offending priests, and Francis himself has declared a "zero tolerance" policy towards those who prey on children, something he is likely to reiterate in his speech to the clergy on Tuesday.

But he has come under fire in Chile over his decision in January 2015 to appoint Bishop Juan Barros as head of a diocese in the south of the country, despite Barros&39; ties to disgraced pedophile priest Fernando Karadima, whose actions he is accused of helping to cover up.

Karadima was accused of abusing children in 2010, and convicted by the Vatican to a life of penitence.

Barros&39; appointment was challenged by lay experts of the Vatican Commission for the Protection of Minors. Religious bodies and MPs have protested to the Vatican. Barros has denied knowledge of Karadima&39;s actions.

Following the open air mass and lunch, the pope will make a short address to the 620 inmates of the central women&39;s prison in Santiago.

During his three days in Chile, Francis will also meet with victims of the military dictatorship of Augusto Pinochet, while there are no formal plans to meet victims of pedophile priests.

At another mass at the airport in Temuco, the capital of the impoverished southern Araucania region, Francis is expected to draw attention on Wednesday to state persecution of the indigenous Mapuche people and also meet members of the community.