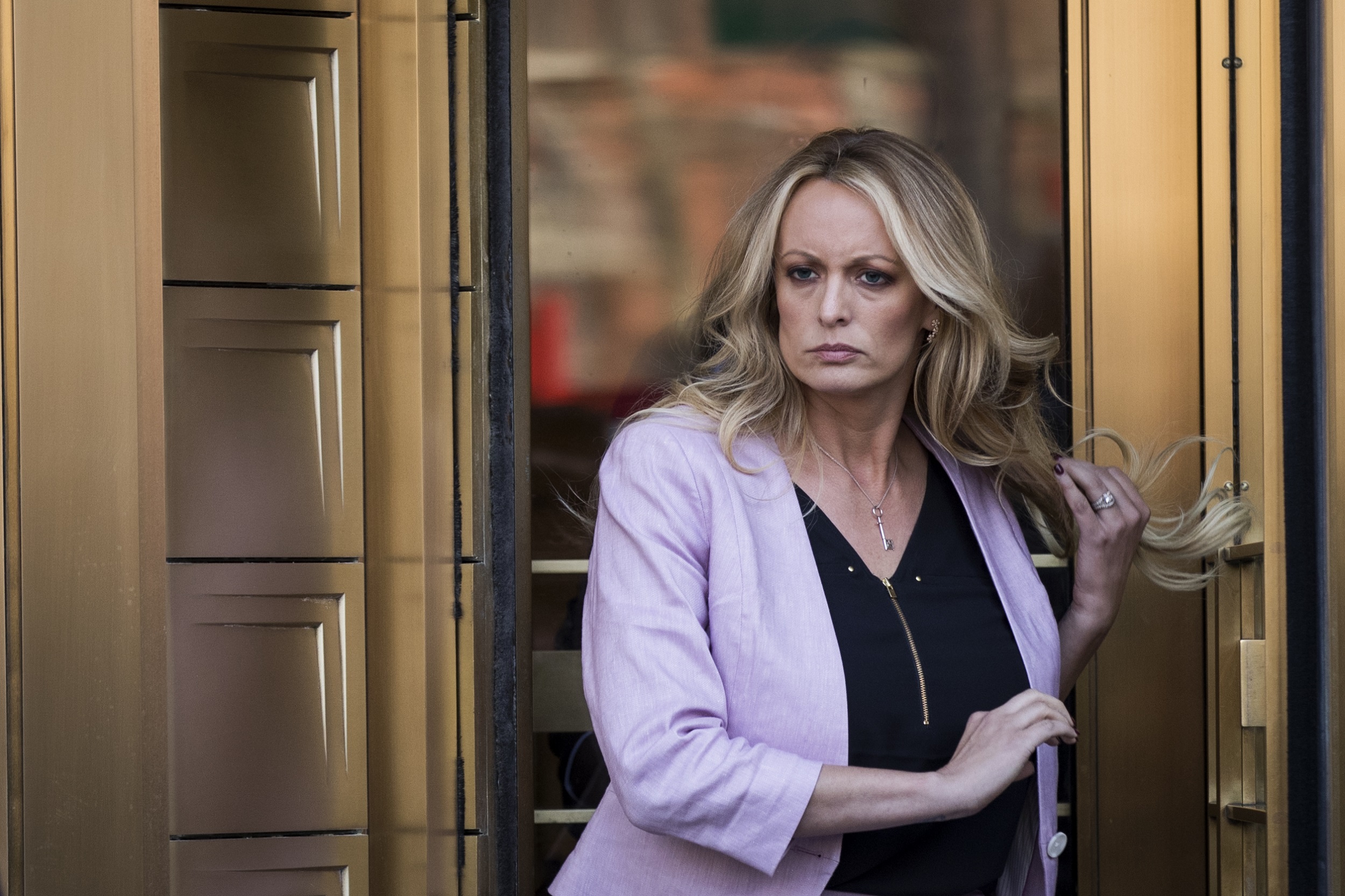 File: Stormy Daniels drew screams and applause when she appeared in the opening skit of SNL.

WASHINGTON - Adult film star Stormy Daniels, locked in a court battle with President Donald Trump over their alleged affair, was arrested on Wednesday while performing at a strip club in what her lawyer described as a "politically motivated" setup.

Daniels was arrested at a club in Columbus, Ohio while performing an act she has done at nearly 100 strip clubs across America, Michael Avenatti wrote on Twitter.

Just rcvd word that my client @StormyDaniels was arrested in Columbus Ohio whole performing the same act she has performed across the nation at nearly a hundred strip clubs. This was a setup & politically motivated. It reeks of desperation. We will fight all bogus charges. Basta

He said Daniels was arrested for allegedly allowing a customer to touch her in a non-sexual way while on stage.

"This was a setup & politically motivated. It reeks of desperation. We will fight all bogus charges," Avenatti wrote.

"They are devoting law enforcement resources to sting operations for this? There has to be higher priorities!!!," he added.

Avenatti said in a later tweet that he expects Daniels to be released on bail "shortly" and charged with a misdemeanor for "touching."

"We will vehemently contest all charges," he wrote.

Daniels -- real name Stephanie Clifford -- is suing Trump and his former personal lawyer Michael Cohen to nullify a 2016 non-disclosure agreement preventing her from speaking out about the affair she says she had with Trump in 2006.

She is hoping to have the non-disclosure agreement thrown out on the grounds that it is not valid because Trump never signed it.

Through White House officials, Trump has denied the affair, although Cohen has admitted paying Daniels $130,000 as part of the agreement.

He initially said he used his own money to pay Daniels and was not reimbursed by Trump.

However, Trump -- who initially denied knowledge of the payment -- subsequently conceded that Cohen was in fact reimbursed.