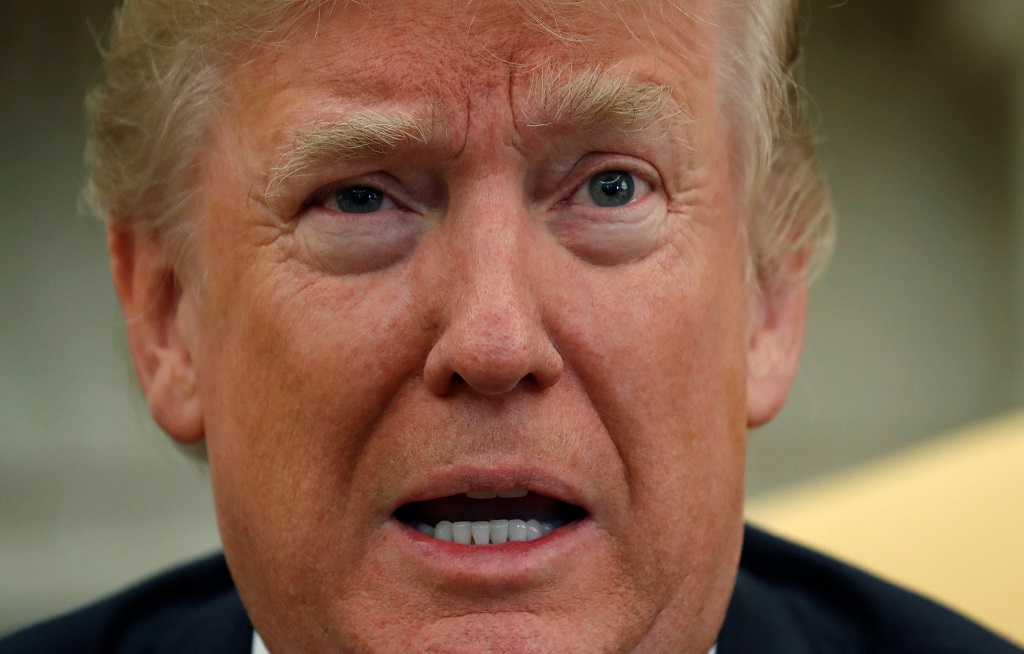 US President Donald Trump speaks during his meeting with Puerto Rico Governor Ricardo Rossello in the Oval Office of the White House in Washington, US , October 19, 2017.

The hush agreement does "not exist, because, among other things, Mr Trump never signed" the document with a Superior Court of California stamp, the suit says.

It alleges she had an intimate relationship with Trump from 2006 to 2007, which she sought to reveal after Trump won the Republican Party nomination for president and other women claimed to have had sexual encounters with him.

With help from his lawyer Michael Cohen, Trump then sought to "aggressively... silence Ms Clifford as part of an effort to avoid her telling the truth, thus helping to ensure he won the presidential election," the document says.

Cohen prepared a non-disclosure agreement, a copy of which is attached to the lawsuit and which required a $130,000 (R1.54-million) payment to be wired from a company known as Essential Consultants LLC to Clifford in return for her silence, according to the documents.

Using the pseudonyms Peggy Peterson and David Dennison, Clifford and Trump were to sign the agreement, along with Essential Consultants.

Days before the November 2016 presidential election which Trump won, Clifford put her name to the document, as did Cohen for Essential Consultants, it says.

"Mr. Trump, however, did not sign the agreement, thus rendering it legally null and void and of no consequence," the document adds.

READ: Judge to rule if Trump can be sued for sexual harassment

Cohen told US media last month that he paid Clifford $130,000, prompting her manager to suggest a non-disclosure agreement had been broken.

Cohen declined to give details such as why he made the payment, or if Trump was aware of it at the time.

"Neither the Trump Organisation nor the Trump campaign was a party to the transaction with Ms Clifford, and neither reimbursed me for the payment, either directly or indirectly," Cohen said, according to the New York Times.

Trump declined to comment on the issue. The White House has dodged questions about whether allegations of an affair are true, claiming the matter was dealt with during the campaign.

Cohen&39;s comments came after the watchdog group Common Cause filed a federal complaint in January arguing that the payout may have violated campaign finance rules.