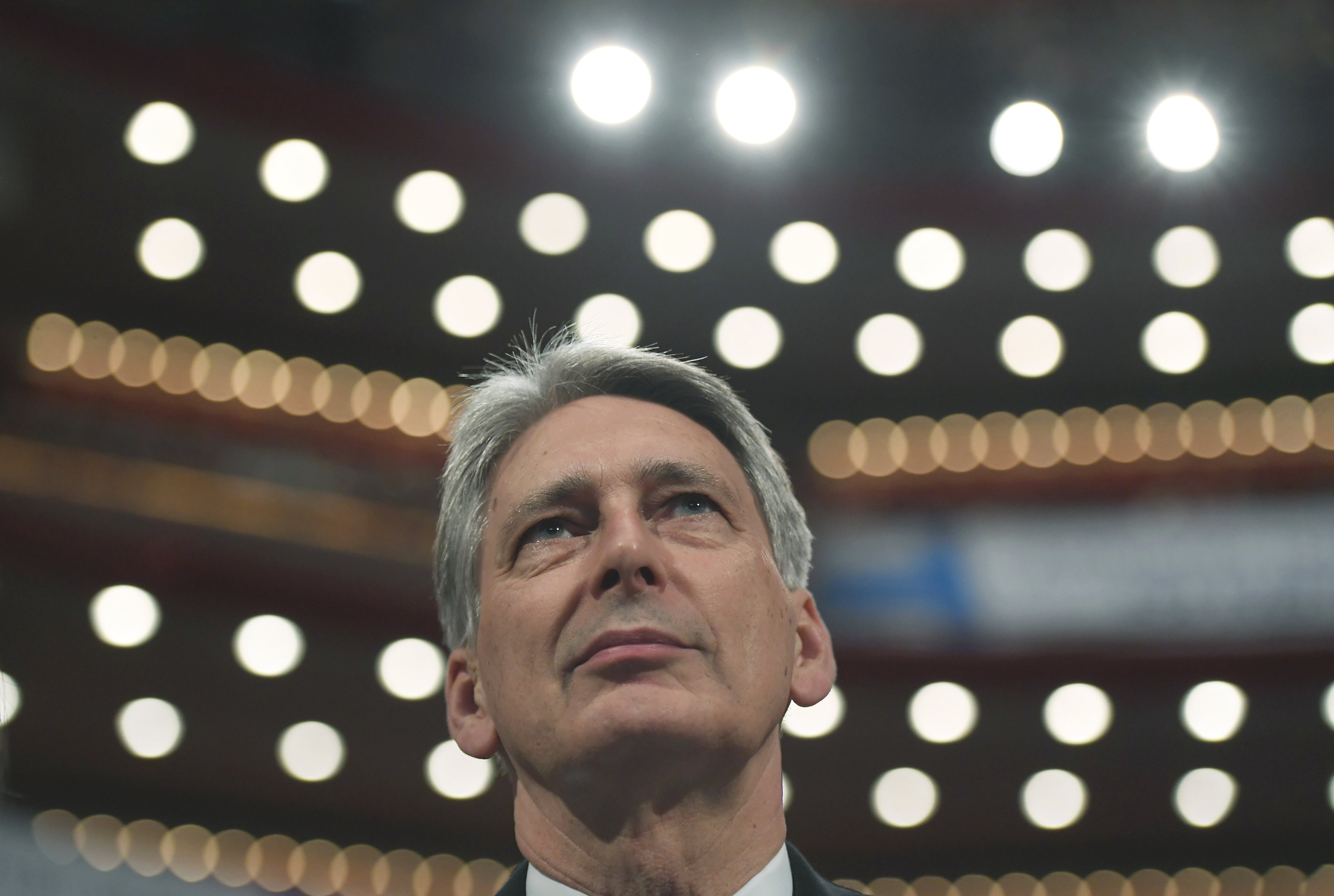 BIRMINGHAM, United Kingdom - The pound hit a three-year low against the euro Monday after Prime Minister Theresa May said Britain will trigger Brexit negotiations by the end of March and her finance minister warned of economic "turbulence".

Sterling dropped to 87.46 pence against the euro, the lowest level since August 2013, after May's government gave more details about how Britain will leave the European Union at the Conservative Party conference in Birmingham, central England.

Speaking before his keynote address Monday, finance minister Philip Hammond warned Britain's economy faces "turbulence" as ministers hammer out Brexit, adding consumer and business confidence could go up and down like a "rollercoaster".

His comments came the day after May revealed Britain would start the two-year exit process by the end of March, putting it on track to leave by early 2019 and opening the door for painful negotiations with EU partners.

The new premier, who took power in July after David Cameron quit following the Brexit vote, also indicated willingness to leave the single market in order to secure control over immigration from the EU.

At the start of the week's trading in London, sterling also fell to $1.2853 against the dollar, a fall of around 0.5 percent since closing on Friday.

"Whilst markets welcome the update (from May), there is still a great degree of uncertainty surrounding what Brexit negotiations will involve," said Ana Thaker, a market economist at PhillipCapital UK.

"It is generally considered that the more May insists on immigration control, the more the EU is likely to close access to the single market," an analysis but Rabobank Financial Markets Research added.

"The drop in the value of the pound this morning reflects investors' concerns."

Britain's economy has performed more strongly than some analysts expected in the aftermath of June's surprise Brexit vote.

In a key indicator of the strength of the manufacturing sector, the Markit/CIPS UK manufacturing PMI (purchasing managers' index) rose to its highest level since mid-2014, according to figures out Monday.

Sterling stabilised on the news, which showed manufacturing had benefited from the lower pound.

However, there is uncertainty among many major employers about long-term investment decisions due to Brexit.

Last week, carmaker Nissan's chief executive Carlos Ghosn said it was delaying new investment at its giant plant in Sunderland, northeast England, announcing: "We cannot stay if the conditions do not justify that we stay."

Hammond acknowledged Monday that there could be difficult times ahead as Britain negotiates its exit from the EU.

"We must expect some turbulence as we go through this negotiating process," the chancellor of the exchequer told BBC television.

"We have to expect a period when confidence will go up and down -- perhaps on a bit of a rollercoaster -- until we get to a final agreement".

Hammond is seen as a proponent of a more gradual "soft Brexit" that would retain access to the EU's single market, while other "hard Brexit" proponents in May's cabinet want a clean break with the EU.

He also signalled a break with predecessor George Osborne's goal of eliminating Britain's deficit by 2019-2020 and has not set an alternative timetable for balancing the books.

Instead, Hammond opened the door for more investment to boost Britain's economy, including the launch of a £3 billion (3.4 billion euro, $3.9 billion) fund to build more than 200,000 new homes.