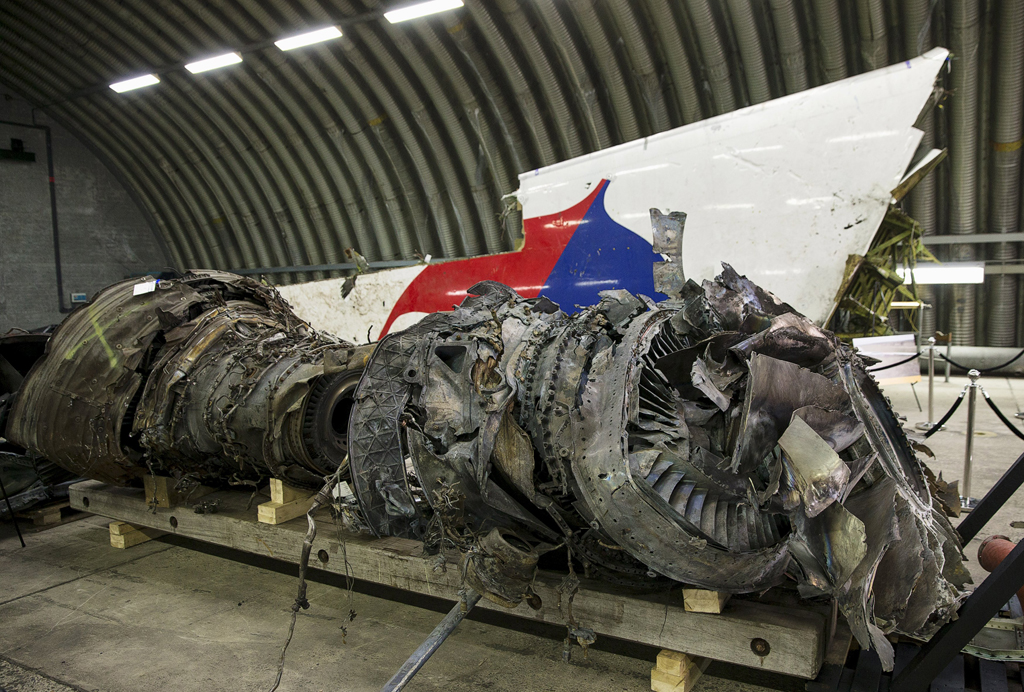 Wreckage of the MH17 airplane is seen after the presentation of the final report into the crash of July 2014 of Malaysia Airlines flight MH17 over Ukraine in Gilze Rijen, the Netherlands, October 13, 2015.

MOSCOW – The Dutch-led Joint Investigation Team (JIT), which is conducting the probe into the Malaysian Boeing MH17 crash in the Donetsk region in 2014, is scheduled to finish its work on Tuesday.

All 298 people on board were killed.

In September 2016, the JIT, comprising Australia, Belgium, Malaysia, the Netherlands and Ukraine, announced that the airplane was allegedly downed by a missile launched from a Buk missile system, which was delivered from Russia and returned there after the incident.

Russia’s Almaz-Antey Concern (a Russian state-owned arms company) rejected the statement, saying that according to three simulations, the missile was launched from the Zaroshchens’ke area, at the time controlled by Ukraine’s army.

Earlier this month, the Dutch foreign minister said that the trial in the case of the Boeing 777 would be held in the Netherlands.

No one has been arrested to date, but about 100 people are wanted in connection with the disaster after Dutch-led investigators concluded the plane was shot down by a Russian-made BUK missile.

Ukrainian President Petro Poroshenko insisted Moscow must be held to account over the tragedy.