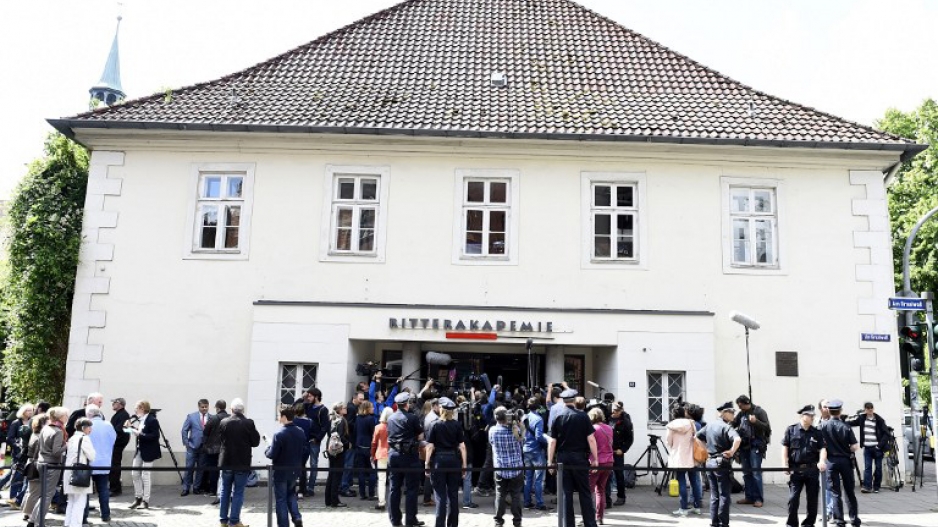 Journalists gather outside the courtroom after a verdict in the case of former SS officer Oskar Groening on July 15, 2015 at court in Lueneburg, northern Germany.

BERLIN - An 87-year-old German woman who is a prominent neo-Nazi has been convicted of Holocaust denial and sentenced to 10 months in prison.

Haverbeck was charged earlier this year after giving an interview outside the trial of former SS Sgt. Oskar Groening claiming Auschwitz wasn’t a death camp.

When she challenged the presiding judge in Hamburg to prove it was, Bild reports that he said he wouldn’t debate someone who “can’t accept any facts,” adding “I also don’t have to prove to you the world is round.”

Groening, who gave lengthy testimony on how the death camp functioned, was convicted of 300,000 counts of accessory to murder for the Jews killed while he was there.