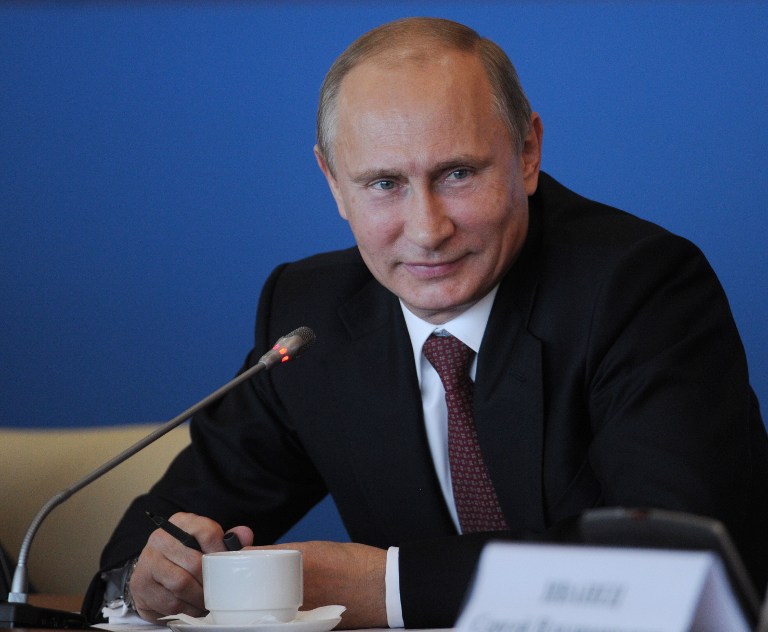 MOSCOW - Russia launches a fresh round of Syrian diplomacy on Thursday when it receives the foreign minister of Iran before hosting his counterpart from Syria ahead of historic peace talks on the bloody crisis.

The whirlwind diplomacy reflects a bid by Putin to seize the initiative on Syria later this month when world powers try to engage the regime and the rebels in their first direct discussions on ending.

"Russia and Iran support Assad and a political settlement to the conflict -- and this is the only thing working right now," said the analyst.

"The West has no other alternative."

Millions have been displaced and at least 130,000 killed in nearly three years. Some 70 nations gathered in Kuwait Wednesday raised $2.4 billion for what aid organisations describe as the world&39;s worst unfolding humanitarian disaster.

Putin has been on the ascendance ever since managing to avert seemingly inevitable US strikes against Russia&39;s closest Middle East ally in September by forcing Assad to renounce his chemical arms.

Now Moscow wants to convince Washington to accept Tehran&39;s presence at the so-called Geneva II conference in order to bolster its efforts to keep Assad in power and curb the future influence of his foes.

"All international and regional forces that influence the course of events in Syria should take part (in Geneva II). These include Iran," the Russian foreign ministry said in a statement issued in advance of Zarif&39;s visit.

But Moscow also noted that the Syria meetings should be "based on the provisions of the (June 2012) Geneva Communique" -- a document Iran rejected because it paved the way for a transitional government that could potentially replace Assad.

The United States wants Iran to sign up to the accord before it formally joins talks that are due to kick off in the Swiss lakeside town of Montreux on January 22 before moving two days later to Geneva.

Analysts said Moscow and Tehran are now trying to draw up their own post-war plan that is based on Washington&39;s growing anxiety about the presence of Al-Qaeda sympathisers in rebel ranks.

"A large part of these negotiations are focused on what happens after Geneva II," said Alexander Konovalov of Moscow&39;s Institute for Strategic Assessment.

The Kremlin appears to hold strong leverage over the Islamic republic because of Iran&39;s desire to purchase Russian missiles and other high-tech arms.

This can help Moscow wrest concessions sought by the West over Tehran&39;s support for Hezbollah forces backing up Assad from Lebanon as well as its contested nuclear drive.

Iran has agreed to limit uranium enrichment and allow inspections of its nuclear sites starting on January 20 in exchange for about $7 billion in sanctions relief.

Moscow had earlier bowed to intense US and Israeli pressure and aborted an $800-million deal to supply Tehran with an S-300 surface-to-air missile system that would have imperilled any Israeli sorties aimed at taking out Iranian nuclear sites.

But Iran&39;s Fars news agency said a new defence delegation from Tehran is due shortly in Moscow to try and purchase missiles that analysts believe are worth even more money and include the Antey-2500 -- a more powerful version of the original S-300.

"Russia is not interested in seeing a large nuclear state with unpredictable politics emerge near its border," said Konovalov.

"But neither does it want to ruin relations with Iran. So we can sell arms to Iran. But we will want something in return."