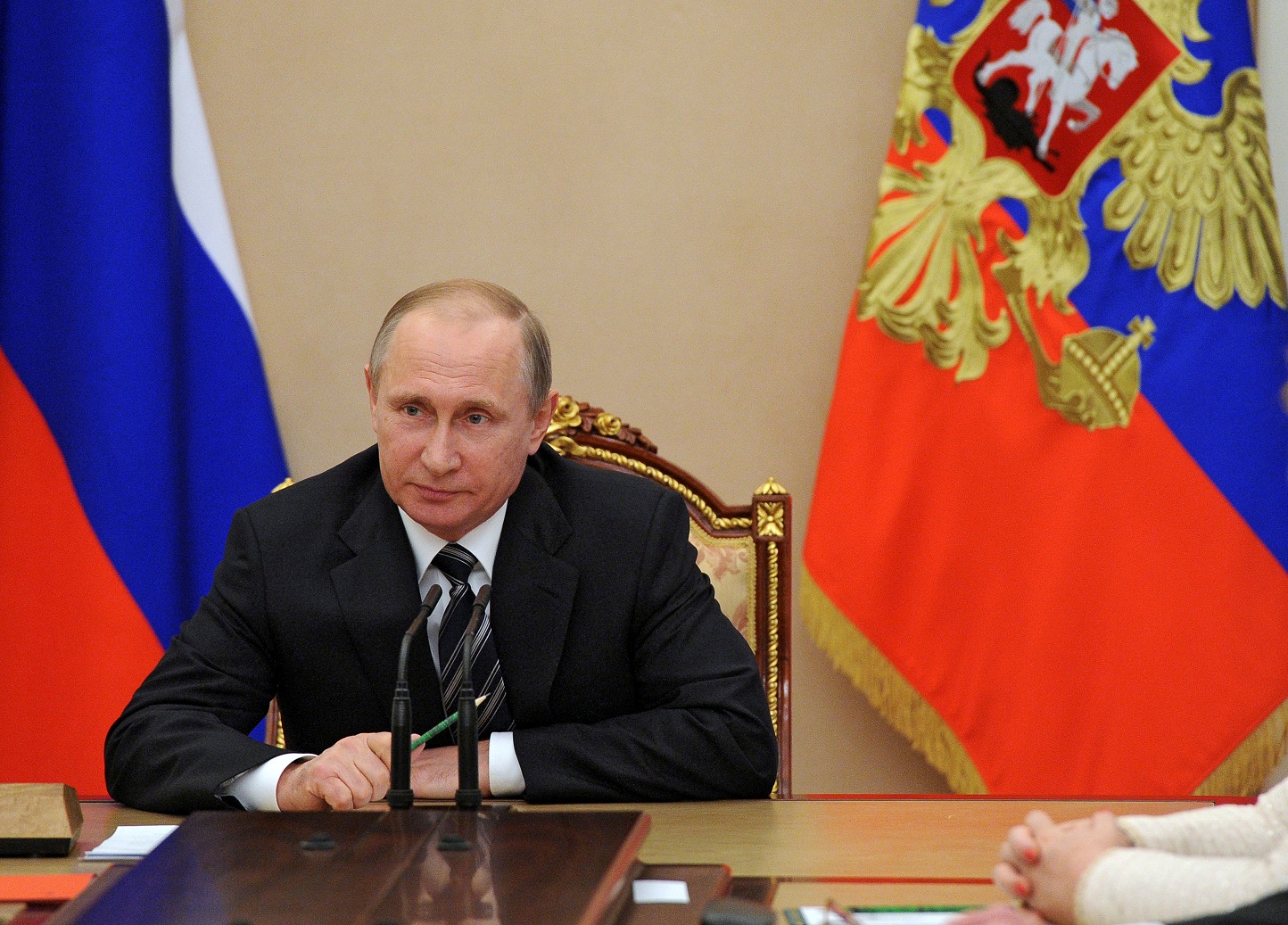 Russian President Vladimir Putin chairs a meeting with members of the Security Council at the Kremlin in Moscow, Russia, June 15, 2016.

SAINT PETERSBURG - Russian President Vladimir Putin will look to refashion himself as a more reliable partner for the West as Moscow struggles to come in from the cold at its flagship economic forum in Saint Petersburg.

Putin will host European Union Commission head Jean-Claude Juncker and Italian premier Matteo Renzi at the conference starting Thursday just weeks before the 28-nation bloc is set to vote on extending sanctions on Moscow over the Ukraine crisis that have helped push Russia&39;s economy into recession.

The Kremlin strongman will also meet United Nations chief Ban Ki-moon alongside the world body&39;s envoy on Syria Staffan de Mistura, as Moscow remains at the centre of the conflict due to its military support for ally Bashar al-Assad.

Juncker has warned that his visit is not "an occasion for the European Union to announce any sort of change in our attitude towards Russia" over its March 2014 annexation of Crimea and alleged masterminding of a separatist rebellion in Ukraine.

The EU insists it is still linking the lifting of sanctions to the total fulfilment of a floundering peace deal to end the conflict in Ukraine and that the current failure to make headway on the agreement should see sanctions extended when they run out at the end of July.

"Juncker has devoted his political career to dialogue. When relations between neighbours are most strained, he believes they should keep talking," European Commission spokesman Margaritis Schinas wrote this week.

"He will travel to Saint Petersburg in that spirit - as a bridge-builder not a negotiator - and anyone who interprets his visit as anything else will be disappointed."

But the Kremlin - desperate to boost its struggling economy - appears to be harbouring hopes that it can play on divisions within the EU over the issue and has made some conciliatory gestures to Ukraine including the release of detained pilot Nadiya Savchenko last month.

In the run-up to the meeting with Juncker, Putin&39;s top foreign policy advisor Yury Ushakov said that the encounter was "very important" and said that current difficulties between the EU and Russia would be discussed "frankly".

Despite the frosty relations there will be a host of top European business figures at the three-day conference in Russia&39;s second city that Moscow has tried to pitch as the country&39;s answer to Davos.

Putin is set to ink an important contract for the construction in Russia of a major liquefied gas plant with the head of Royal Dutch Shell.

The CEOs of firms including France&39;s Total, Societe Generale and JCDecaux and European multi-national Schneider Electric are also headed to the forum.

Businessmen say they are keen to bolster ties despite the sanctions - which saw Russia slap an embargo on most agricultural produce from the EU and the US - and say Moscow is trying to repair its tarnished image.

Russia&39;s energy-driven economy - hit by both the West&39;s punitive measures and the drop in oil prices - has slumped into the longest recession since Putin came to power some 16 years ago.

Despite claims from officials that the economy could be set to return to limited growth soon, there are serious fears of a prolonged economic stagnation and the authorities are pledging much-needed structural reforms to attract investors.