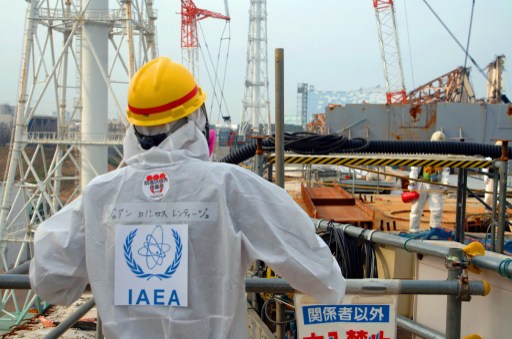 An atomic research lab in northern Japan has reported a radiation leak that may have affected 55 people.

Tokyo - An atomic research lab in northern Japan has reported a radiation leak that may have affected 55 people.

According to the laboratory&39;s operator on Saturday, nobody was hospitalized and no impact was expected outside the facility.

The Japan Atomic Energy Agency, which runs the lab, said the accident occurred on Thursday in the Hadron Experimental Facility at the Japan Proton Accelerator Research Complex in the town of Tokaimura, where at least two previous radiation accidents occurred.

Researchers were trying to generate particles by directing a proton beam at some gold when their equipment overheated, causing the evaporation and release of some radioactive gold, the government-run JAEA said in a statement.

The leak originally was thought to have been contained inside the lab, and when a ventilation fan was switched on the radiation spread, it said.

The JAEA said it was studying the potential environmental impact from the radiation leak.

Four researchers were tested after the incident, with the highest radiation dose found to be 2 millisieverts, near the average annual background dose for someone living in Japan.

Nuclear workers are generally limited to 100 millisieverts of exposure over five years.

The belief that the leak had been contained led the research institute to delay reporting the incident until Friday, when it notified both the Nuclear Regulation Authority and the local government, the JAEA said.

Work was suspended at the research facility.

Japan&39;s nuclear industry has been in crisis since the March 2011 accident at the tsunami-hit Fukushima Dai-ichi nuclear plant, the country&39;s worst-ever atomic energy disaster.

Most of Japan&39;s nuclear plants remain closed after they were shut down for safety checks.

On May 17, the president of the JAEA, Atsuyuki Suzuki, resigned after the country&39;s nuclear watchdog announced that the trouble-plagued Monju next-generation test reactor would not be allowed to restart due to safety violations.

Monju was meant to enable Japan to dispose of atomic waste and reduce the country&39;s plutonium stockpile.

Tokaimura was the site of Japan&39;s second-worst nuclear accident, in September 1999.

Tokaimura killed two workers. A radiation leak at a fuel-reprocessing plant when they tried to save time by mixing excessive amounts of uranium in buckets instead of using special mechanized tanks.

Hundreds of people were exposed to radiation, and thousands of residents were evacuated as a precaution. The government assigned the accident a level-4 rating on the International Nuclear Event Scale, which ranges from 1 to 7.

In March 1997, at least 37 workers were exposed to low doses of radiation in a fire and explosion at a different nuclear reprocessing plant in Tokaimura.