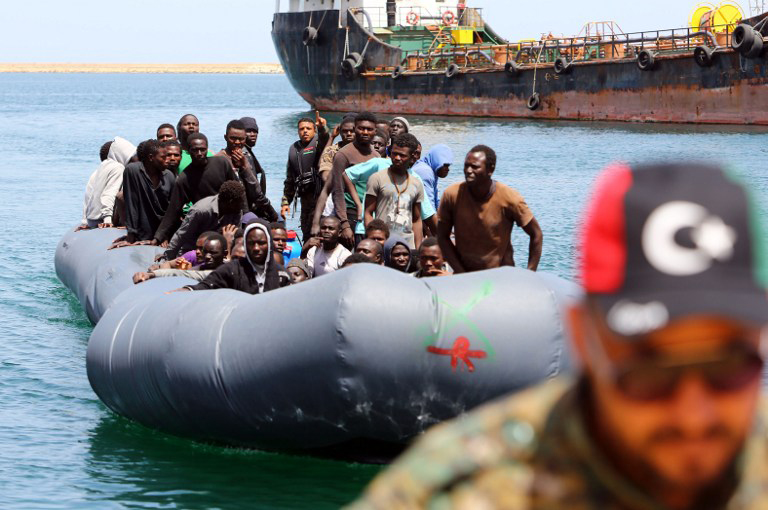 GENEVA - Devastating conflicts, violence and persecution in Syria, South Sudan and elsewhere left a record 65.6 million people homeless by the end of last year, the United Nations said on Monday.

That number marked a jump of 300,000 from the end of 2015 and was more than six million higher than at the end of 2014, according to a report published by the UN refugee agency.

It was "the highest figure since we started recording these figures," UN High Commissioner for Refugees (UNHCR) Filippo Grandi told reporters ahead of the report launch.

"By any measure, this is an unacceptable number, and it speaks louder than ever to the need for solidarity and common purpose in preventing and resolving crises," he said.

The figures, released ahead of World Refugee Day on Tuesday, showed that a full 10.3 million of the world's displaced people fled their homes last year alone, including 3.4 million who crossed international borders to become refugees.

"This equates to one person becoming displaced every three seconds - less than the time it takes to read this sentence," UNHCR pointed out in a statement.

Until 2012, the global displacement number had for years remained relatively stable at around 40 million people, but "we now seem to be landing on a new horrific normal," Norwegian Refugee Council (NRC) chief Jan Egeland said Monday.

Most people who were forced from their homes fled within their own country and were defined as internally displaced people, or IDPs.

At the end of 2016, there were some 40.3 million IDPs in the world, down slightly from 40.8 million a year earlier, with Syria, Iraq and Colombia accounting for the greatest numbers.

Another 22.5 million people -- half of them children -- were registered as refugees last year, the UNHCR report showed, "the highest level ever recorded."

Syria's six-year conflict alone sent more than 5.5 million people to seek safety in other countries, including 825,000 last year, making it the world's biggest producer of refugees.

At the same time, desperately needed funding for humanitarian aid in the country had begun to dwindle, Grandi said.

The Syrian conflict, which killed more than 320,000 people, "is becoming a forgotten crisis," he warned.

South Sudan's civil war, which began in December 2013, left tens of thousands dead and forced a total of 3.7 million people from their homes -- nearly a third of the population.

And nearly 70 years after Palestinians first fled Israel as it currently stands, some 5.3 million Palestinians were living as refugees -- the highest level ever recorded.

Monday's report also pointed out that despite the huge focus on Europe's migrant crisis, it was poor countries that hosted most of the world's refugees.

A full 84 percent of refugees were living in low- and middle-income countries like Lebanon, Pakistan, and Ethiopia the UNHCR said, decrying a "huge imbalance".

Uganda had over the past year received more than 2,000 refugees from South Sudan each day -- more than many European countries took in a year, NRC chief Egeland pointed out.

The impression that refugees mainly went to wealthy countries "is a complete myth," he said.