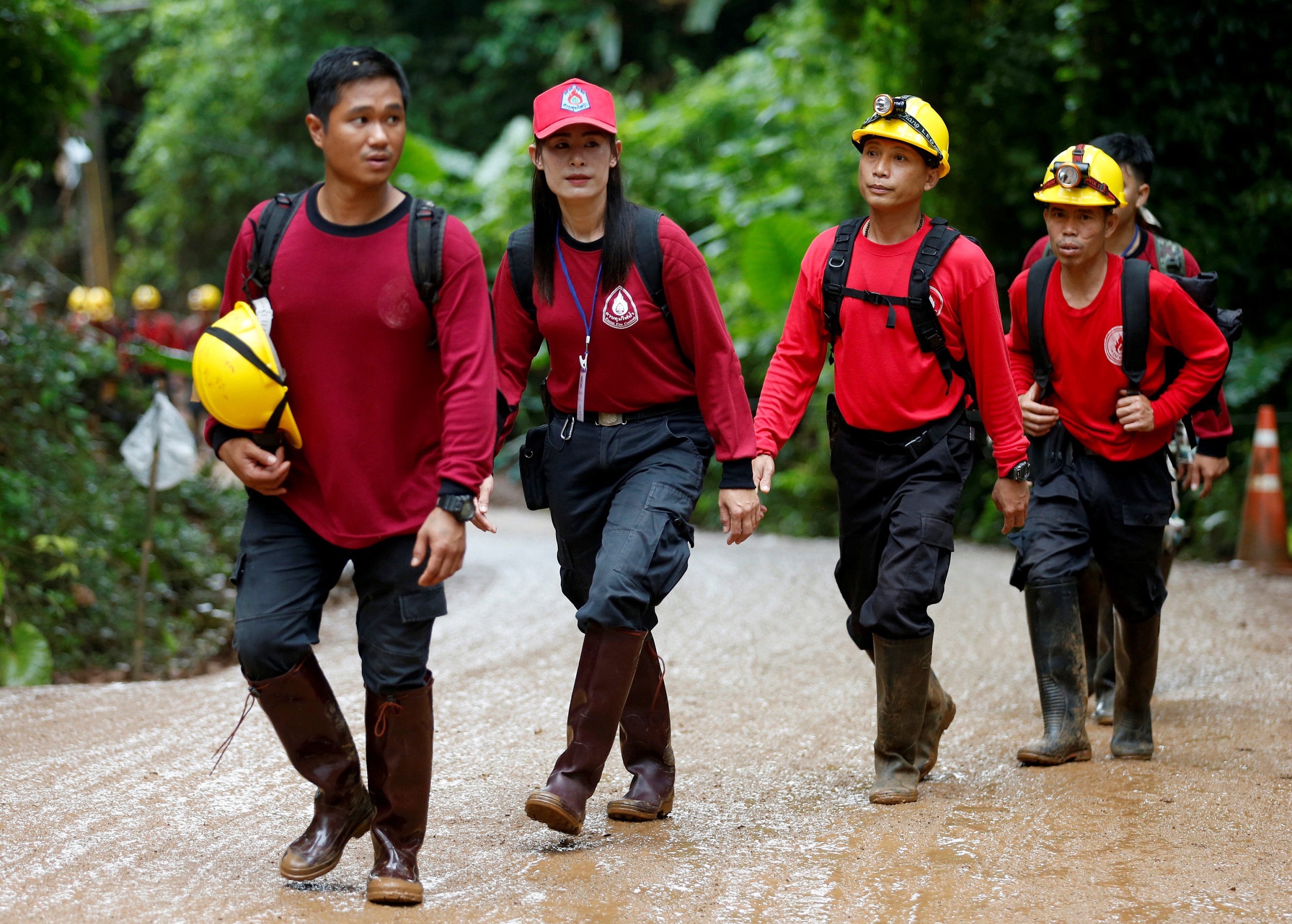 Rescue workers arrive at the Tham Luang cave complex, where 12 schoolboys and their soccer coach are trapped inside a flooded cave.

MAE SAI - A rescue operation began on Sunday to extract 12 boys and their football coach who have been trapped for more than two weeks in a cave in northern Thailand.

Rescue officials said the operation will take between two and four days to complete.

"Today is the D-day. The boys are ready to face any challenges," rescue chief Narongsak Osottanakorn told reporters near the cave site.

Thai navy handout. The significance of this photo and others is how much they have reduced water levels in part of cave system. But there are still treacherous sections that the boys will have to dive pic.twitter.com/uYp8K43NbP

Experienced cave rescue experts consider an underwater escape a last resort, especially with people untrained in diving, as the boys are. pic.twitter.com/tv4cFu5MNH

The "Wild Boars" team has been trapped in a cramped chamber several kilometres inside the Tham Luang cave in northern Thailand since 23 June when they went in after football practice and were hemmed in by monsoon floods.

Their plight has transfixed Thailand and the rest of the world, with more than 1,000 journalists registered to cover the rescue staking out a small patch of muddy land at the top of a hill near the entrance to monitor the race against time.

"Everyone who is not involved with the operations has to get out of the area immediately," police announced via loudspeaker at the site on Sunday morning.

READ: Letters of hope from boys trapped deep in a Thai cave

"From the situation assessment, we need to use the area to help victims."

The order to leave the site came a day after the rescue mission chief said conditions were perfect for the evacuation to begin, but also as fears mounted that expected rains could thwart the plan by reflooding the cave.

Officials did not clarify on Sunday morning whether the complex effort had started to extract the boys, aged from 11 to 16, and their 25-year-old coach.

But Osottanakorn, on Saturday suggested they would try in the coming days, even though the boys were weak and had no previous diving experience.