UPDATE: Russian transport plane crashes in Syria killing all on board 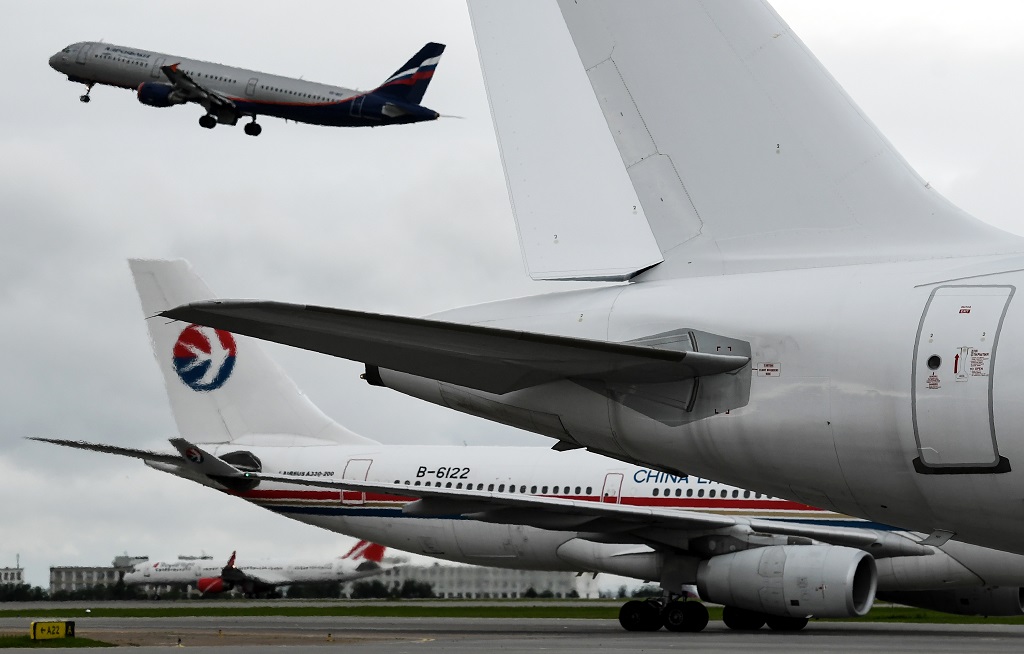 File: From the current level of 4.1 billion passengers, traffic should expand by 3.5 percent annually, said IATA.

MOSCOW – A Russian military transport plane crashed in Syria on Tuesday, killing all 32 people on board, Russian news agencies quoted the Defence Ministry as saying, an incident that sharply raises the death toll from the Kremlin&39;s Syria operation.

President Vladimir Putin, who is running for re-election later this month, in December ordered "a significant part" of Moscow&39;s military contingent in Syria to start withdrawing, declaring their work largely done.

But casualties continue to mount.

The defence ministry was cited as saying that the plane, a Soviet-designed An-26, crashed at Russia&39;s Hmeymim air base in Latakia Province and that initial information suggested the crash may have been caused by a technical fault.

Twenty-six passengers and six crew members were on board, and all were killed in the crash, the news agencies quoted the ministry as saying.

Russian state TV cited military officials as saying the aircraft had not been brought down by enemy fire. It said the crash happened as the plane came into land at Hmeymim, and that it came down around 500 metres (550 yards) short of the runway.

Kremlin spokesman Dmitry Peskov said Putin had expressed his condolences to relatives of those killed, and to all Russian service personnel, the RIA news agency reported.

Russia&39;s armed intervention in Syria turned the tide of the conflict in favour of Putin&39;s ally, Syrian President Bashar al-Assad. It has been portrayed inside Russia as a display of Russia&39;s resurgent military might.

It has, though, come at a cost.

According to a Reuters tally based on official announcements before Tuesday&39;s crash, 44 Russian service personnel have died in Syria since the operation started in September 2015.

In one incident, in February this year, Syrian rebels shot down a Russian warplane. The pilot ejected and died on the ground in a gunfight with rebels.

In addition to those deaths, in December 2016 a plane carrying a Russian military orchestra to Syria crashed in the Black Sea, killing all 92 people on board.

Under a decree signed by Putin, the Russian authorities do not have to disclose all deaths of service personnel in Syria because they are classified as a state secret.

The official toll does not include private military contractors who, according to people familiar with the deployment, are in Syria fighting in support of the Russian operation. Moscow denies they exist.

About 300 men working for a Kremlin-linked Russian private military firm were either killed or wounded in Syria last month when their column was attacked by US-led coalition forces, according to three sources familiar with the matter.

Russian officials said a handful of Russian citizens may have been killed in that incident, but said they were not members of Russia&39;s armed forces.

Opinion polls indicate most Russians support the Syria operation. But Dmitry Gudkov, a former member of parliament and a member of the anti-Putin opposition, said the Kremlin had questions to answer about the campaign.

"How does the draw-down of forces look now? For the sake of what are these people dying? When will this senseless war end?" Gudkov said in a social media post.