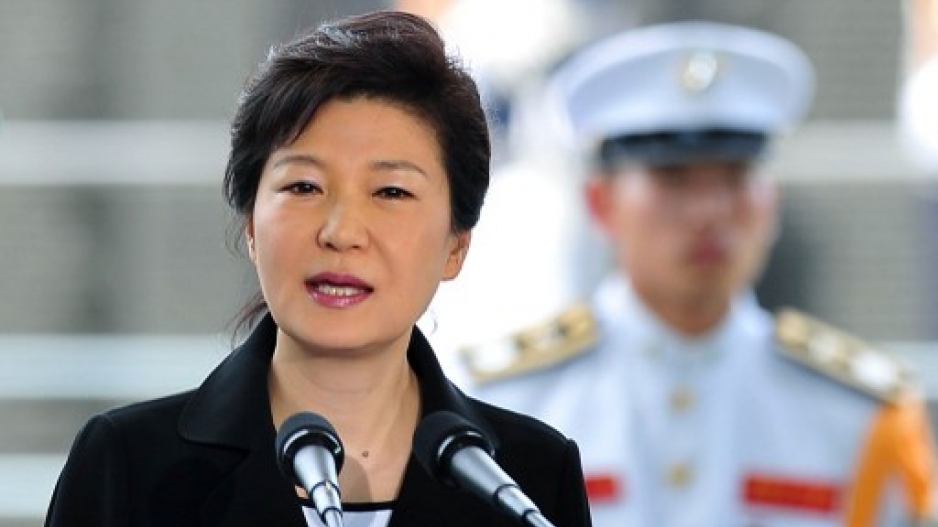 South Korean President Park Geun-Hye has been accused of provocative war-mongering a day after Seoul launched an annual military drill with the United States.

SEOUL - A simmering row over alleged election meddling by South Korea&39;s domestic spy service is threatening to boil over into a full-blown scandal that could seriously scald President Park Geun-Hye&39;s administration.

An investigation into what initially seemed the work of a couple of maverick National Intelligence Service (NIS) agents, has now become a wider probe into a possibly coordinated online smear campaign against the opposition candidate in last year&39;s presidential poll.

The probe has focused on the origin of multiple online posts that denounced opposition presidential candidate Moon Jae-In as a North Korean sympathiser, while extolling the virtues of ruling party candidate Park Geun-Hye.

Park, who won the election by a narrow margin, has strenuously denied any involvement.

Her opinion poll ratings remain high and analysts say there is currently no real threat to her legitimacy, unless she becomes implicated in any attempted cover-up.

In a recent meeting with opposition leaders over the issue, a clearly frustrated Park reportedly asked: "Are you seriously suggesting I was elected because of some online postings?"

But allegations that the government has sought to suppress investigations into the scandal have been reinforced by a rift in the public prosecutor&39;s office.

On Monday, senior prosecutor Yun Seok-Yeol, who had led the probe into the NIS until his dismissal last week, told a parliamentary committee hearing that he had come under pressure to soft-pedal the investigation.

Yun was dismissed from the case on Thursday after he arrested three NIS agents suspected of writing posts as part of the smear campaign.

He was accused of not following protocol, but Yun suggested the real reason was the progress his probe was making.

While the number of anti-Moon and pro-Park posts emanating from the NIS had initially been put at less than 100, Yun said his team had found that agents had posted nearly 60,000 incriminating Twitter messages.

"And further investigation would likely yield much more," Yun told the parliamentary committee, adding: "We saw it as a grave, unprecedented crime."

Asked whether Justice Minister Hwang Kyo-An was among those who pressured his team, Yun replied: "I think he was."

The affair has already resulted in the arrest of former National Intelligence Service (NIS) chief Won Sei-Hoon, and opposition lawmakers believe other senior officials were involved.

"It was systematic interference ... The whole story has not been revealed. This is just the tip of the iceberg", an MP from Moon&39;s Democratic Party said in a radio interview on Monday.

As for the cyber warfare unit, the Defence Ministry has confirmed that four of its members had posted political messages on blogs and Twitter, but insisted they acted alone and not as part of any coordinated campaign.

In a country where most of the electorate is old enough to have experienced military dictatorship, any suggestion of state interference in the democratic process is extremely sensitive.

The opposition has organised a number of large protests over the NIS, including a candlelight demonstration at the weekend that drew 15,000 people.

"Democracy is based on fair elections. Something that should not happen has happened," said Seoul National University Political Science professor Kang Won-Taek.

"Unless addressed properly, this issue will damage Park and the ruling party, especially during next year&39;s local elections", Kang told AFP.

The opposition has made it clear that it is not demanding a re-run of the presidential election, but it does want to see heads roll and efforts made at institutional reform.

As well as an apology from Park, the opposition is calling for the current NIS chief Nam Jae-Joon, Justice Minister Hwang and Seoul District Chief Prosecutor Cho Young-Kon to all step down.

Even the normally supportive conservative press has called for a full account from the NIS and through the Supreme Prosecutor&39;s Office.

"If the cyber propaganda took place systematically, that&39;s a serious threat to our hard-won democracy," the JoongAng Daily said in an editorial.