SA must vote against Apartheid Israel in UN: Mandla Mandela 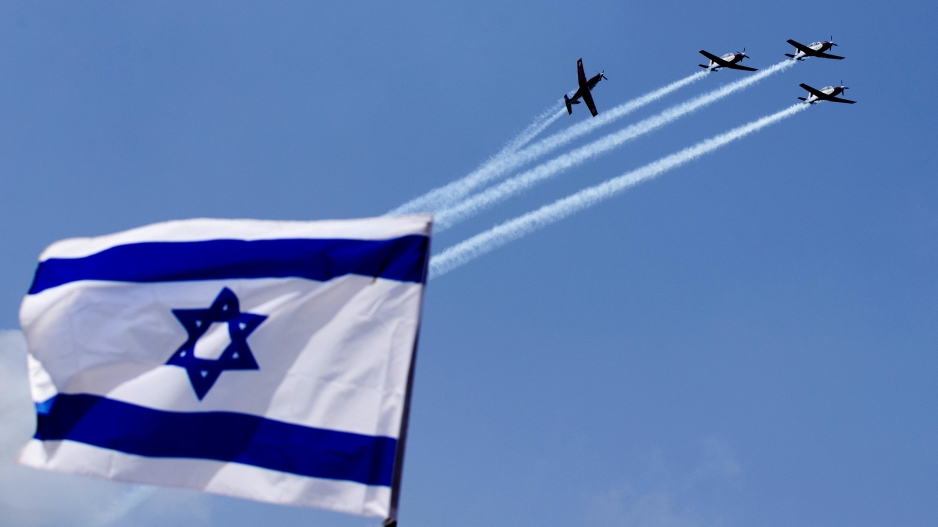 Israeli Efroni T-6 Texan II planes perform during an air show over the beach in the Israeli coastal city of Tel Aviv on May 02, 2017 as Israel marks Independence Day, 69 years since the establishment of the Jewish state.

The vote, which also calls for the protection of Palestinians, is due to take place on Wednesday.

“For decades, Apartheid Israel has acted with impunity and in violation of international law. In full view of the international community, it has committed acts of genocide and terrorised children, women and innocent Palestinian citizens,” the statement said.

“It is ethnic cleansing of Palestinians in the land of their birth, and continued illegal occupation of Palestinian villages, farms and settlements must be brought before the International Court of Justice (ICJ),” Mandela said.

He said the Royal Mandela House supported calls by Turkey and Algeria for an urgent vote aimed at ending acts of “aggression and brutality”.

Mandela further called for South Africa’s ambassador to Israel not to return to duty or be replaced and that the country’s mission immediately as well as unconditionally be downgraded, as per the resolution agreed to at the African National Congress (ANC)’s 54th National Conference in Johannesburg.

He further called for the expulsion of Israel’s ambassador to South Africa.

EXPLAINER: Israel comes into being: looking back 70 years

“Freedom loving people all over the world and activists in the International Solidarity Movement that stood by us in our darkest days of the anti-apartheid struggle are looking to South Africa for leadership in the call to isolate Apartheid Israel for its crimes against humanity and continued pogrom of Palestinians, many of whom have been shot, maimed or killed indiscriminately. They don’t spare the elderly, women or young children,” the statement added.