Sailor headed to SA gets lost for seven months 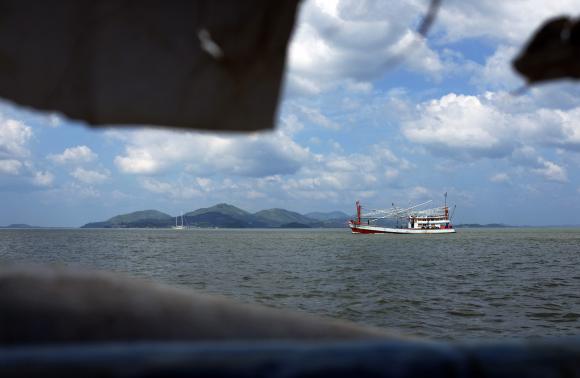 A Thai fishing boat plies the invisible maritime border between Thailand and Myanmar, with the hills of Myanmar visible in the background.

SAINT-DENIS DE LA REUNION, France - The French coast guard has rescued a Polish sailor in the Indian Ocean who says he spent seven months with only his cat for company in a broken-down boat.

Investigators are seeking to piece together the itinerary of the 54-year-old who says he took to the sea in his makeshift vessel from the Comoros Islands off the coast of Mozambique in May with the aim of reaching South Africa.

The journey of more than 2,000 kilometres would have seen him travel south down the Mozambique Channel, a busy shipping route with strong currents for his vessel, a modified lifeboat from a cruise ship.

Instead of reaching South Africa, he was plucked from the waves well off-course, near the French island of Reunion, on Sunday after being spotted by the crew of a yacht.

Madagascar, the world&39;s fourth-largest island, lies between Reunion and Mozambique.

The sailor said he and his cat survived on half a packet of Chinese soup per day as well as what he caught by fishing.

The instruments on his boat had been smashed and the man had no means of communication, France&39;s SNSM coast guard service told AFP.

According to his telling, his odyssey started in 2014 when he travelled to India from his home in the United States and bought his boat with the intention of sailing it back to Poland.

After spending time modifying it himself, he took to the water but the boat broke down after leaving port because of a problem with its mast.

The sailor drifted in the Indian Ocean before washing up on the Comoros Islands.