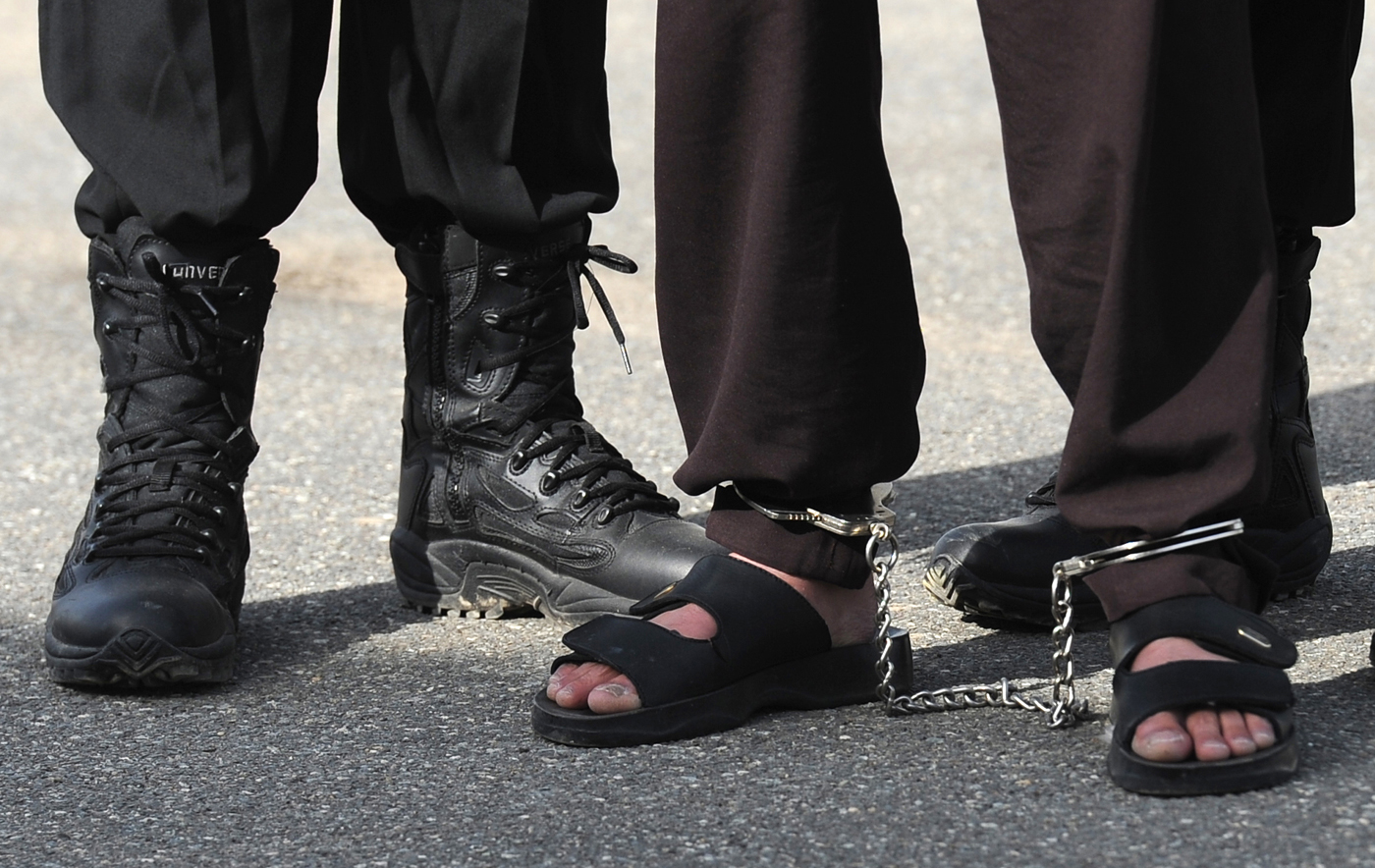 A convicted murderer is seen prior to his execution. Saudi Arabia has executed its 141st person this year.

The 56-year-old cleric, Nimr al-Nimr, was a driving force of the protests that broke out in 2011 in the Sunni-ruled kingdom&39;s east, where the Shiite minority complains of marginalisation.

But the list does not include Nimr&39;s nephew, Ali al-Nimr, who was 17 when he was arrested following the protests.

The ministry statement, carried by the official SPA news agency, said the 47 had been convicted of adopting the radical "takfiri" ideology, joining "terrorist organisations" and implementing various "criminal plots".

The list also includes Sunnis convicted of involvement in Al-Qaeda attacks that killed Saudis and foreigners in the kingdom in 2003 and 2004.

Those executed include an Egyptian and a Chadian. The rest were all Saudis.

The list includes Fares al-Shuwail which Saudi media outlets have described as the top religious leader of Al-Qaeda in Saudi Arabia. He was arrested in August 2004.

They were executed Saturday in 12 different Saudi cities, the ministry said, without giving details on the method used in the executions.

Saudi executions are usually carried out by beheading with a sword.

Executions have increased in the kingdom since King Salman acceded to the throne in January 2015 following the death of king Abdullah.

The number of convicts executed on Saturday is more than half of those executed under Salman&39;s predecessor in the whole year of 2014 -- 87.

Authorities in the kingdom set up specialised courts in 2011 to try dozens of Saudis and foreigners accused of belonging to Al-Qaeda or of participating in the wave of attacks that swept the country from 2003.

Those shootings and bombings killed more than 150 Saudis and foreigners.

The kingdom&39;s current Crown Prince Mohammed bin Nayef oversaw a crackdown on the militants at the time.

But Nimr was arrested for completely different reasons in 2012.

The interior ministry had described him at the time as an "instigator of sedition" as it announced his arrest in the Shiite village of Awamiya in the east after being wounded in the leg while putting up resistance.