Search on for 62 inmates after Brazil jailbreak 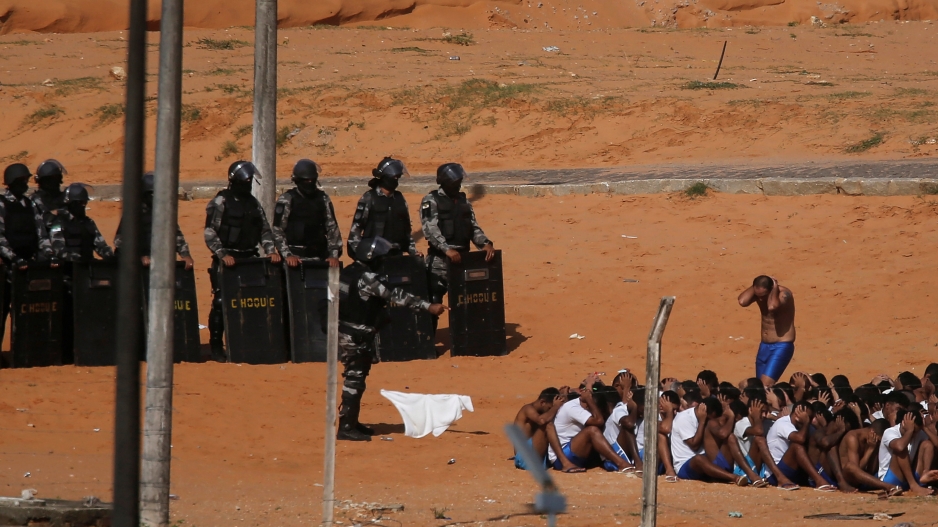 Riot policemen do a head count of inmates during an uprising at Alcacuz prison in Natal, Rio Grande do Norte state, Brazil, January 24, 2017.

SAO PAULO – Brazilian police were hunting for 62 inmates who broke out of a jail on Tuesday in the latest unrest to hit the country's overcrowded prisons.

Inmates set fire to one of the cell blocks before escaping from the Penitentiary Progression Centre, a semi-open prison in the town of Bauru, northwest of Sao Paulo, the national prisons authority said.

The revolt broke out in protest after a prison guard confiscated a mobile phone from an inmate, it said.

"The prisoners started a commotion and some took advantage of it to flee," a source in the prisons authority told AFP.

Inmates set fire to the roof of the cell block but firefighters soon put out the blaze, the source said.

The prisons authority said separately in a statement that 152 inmates fled and 90 were captured by military police.

More than 130 prisoners have been reported killed in Brazil this year, many of them beheaded, in a series of bloody prison riots blamed on drug gangs.