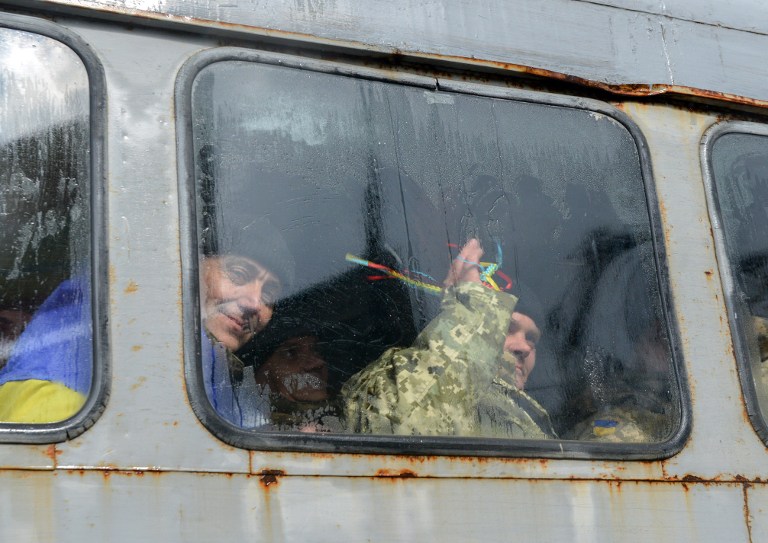 Ukrainian servicemen depart Kharkiv on April 4, 2015 for the east of the country to take part in anti-terrorists operation (ATO).

KIEV - Four Ukrainian soldiers were killed on Sunday in the east of the country when their vehicle was struck by a shell fired by Russian-backed separatists, regional police said.

The military vehicle was hit as it drove across a bridge in Schastye, a government-held town about 170 km (105 miles) north east of the city of Donetsk, they said in a statement.

The deaths underscored the fragility of a ceasefire technically in force since February, when it was brokered by leaders from Ukraine, Russia, Germany and France.