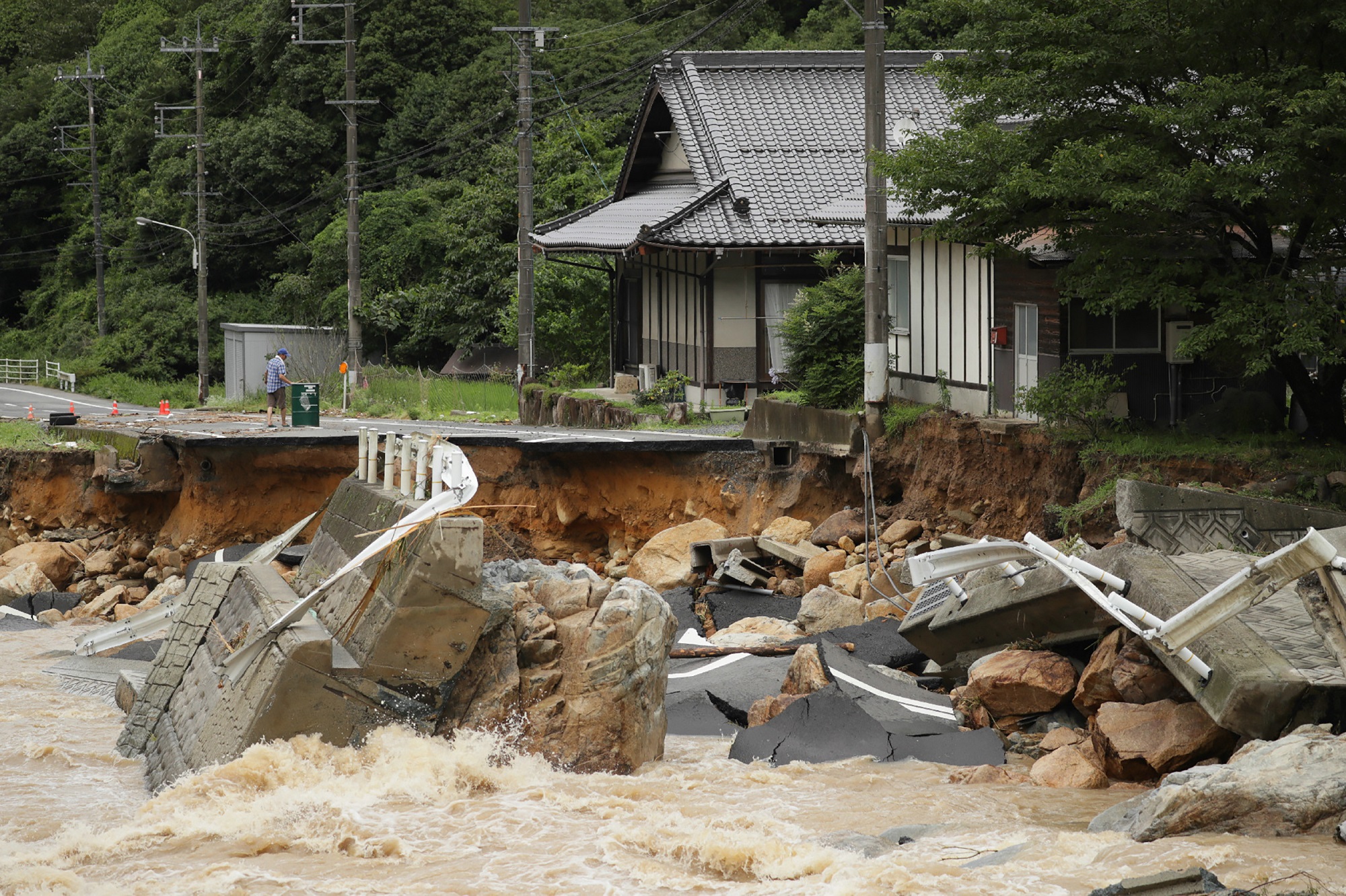 A road collapsed due to heavy rain in Higashihiroshima, Hiroshima prefecture.

TOKYO - The death toll from record downpours in Japan jumped to at least 30 on Saturday, local officials said, as torrential rain devastated parts of the country.

A local official in Ehime, in western Japan, said the toll in his area had risen from six to 16, bringing the official number of fatalities nationwide to 30.

Public broadcaster NHK said the death toll had risen to 49.