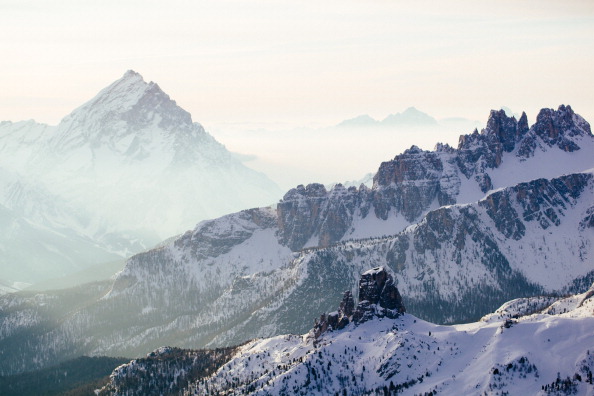 Two people, including a Russian woman, died and nine others were injured on Saturday when a train derailed in the southern French Alps

GENEVA - Four skiers and two climbers were confirmed dead on Monday and five others were in critical condition after being forced to spend the night exposed to the elements in the Swiss Alps, police said.

Bad weather in the Pigne d&39;Arolla area of the Swiss Alps on Sunday caught 14 skiers by surprise, police in Valais canton said in a statement.

The manager of a rest-stop in the remote mountain region sent out a call for help at dawn on Monday, triggering a major relief operation that involved seven helicopters, police said.

"Four people lost their lives, five others are in a critical state," the statement said.

Police indicated that one of those killed "likely" died from a fall and was found dead at the scene, while three others died later in hospital.

The victims were Italian, French and German nationals, police said, adding that efforts were under way to formally identify them and contact their families.

Some others were merely suffering from "mild hypothermia", according to police.

The group had set out from the Dix rest stop and had intended to make it to Vignettes to sleep, trekking along a route called The Serpentine.

Police said separately that the bodies of two climbers, aged 21 and 22, were found further east on Monday after the alert was sounded late on Sunday but the bad weather foiled rescue efforts.

The fatal accidents were the latest in a series affecting skiers in Switzerland in recent weeks.

The body of the 58-year-old boss of Germany&39;s sprawling Tengelmann retail group has not yet been found but authorities have given up hope of discovering him alive.

Haub had reportedly set off from a lift at the Klein Matterhorn.

Separately, three Spanish cross-country skiers died after being engulfed by an avalanche that hit the Fiescheralp area of the Swiss Alps on March 31.