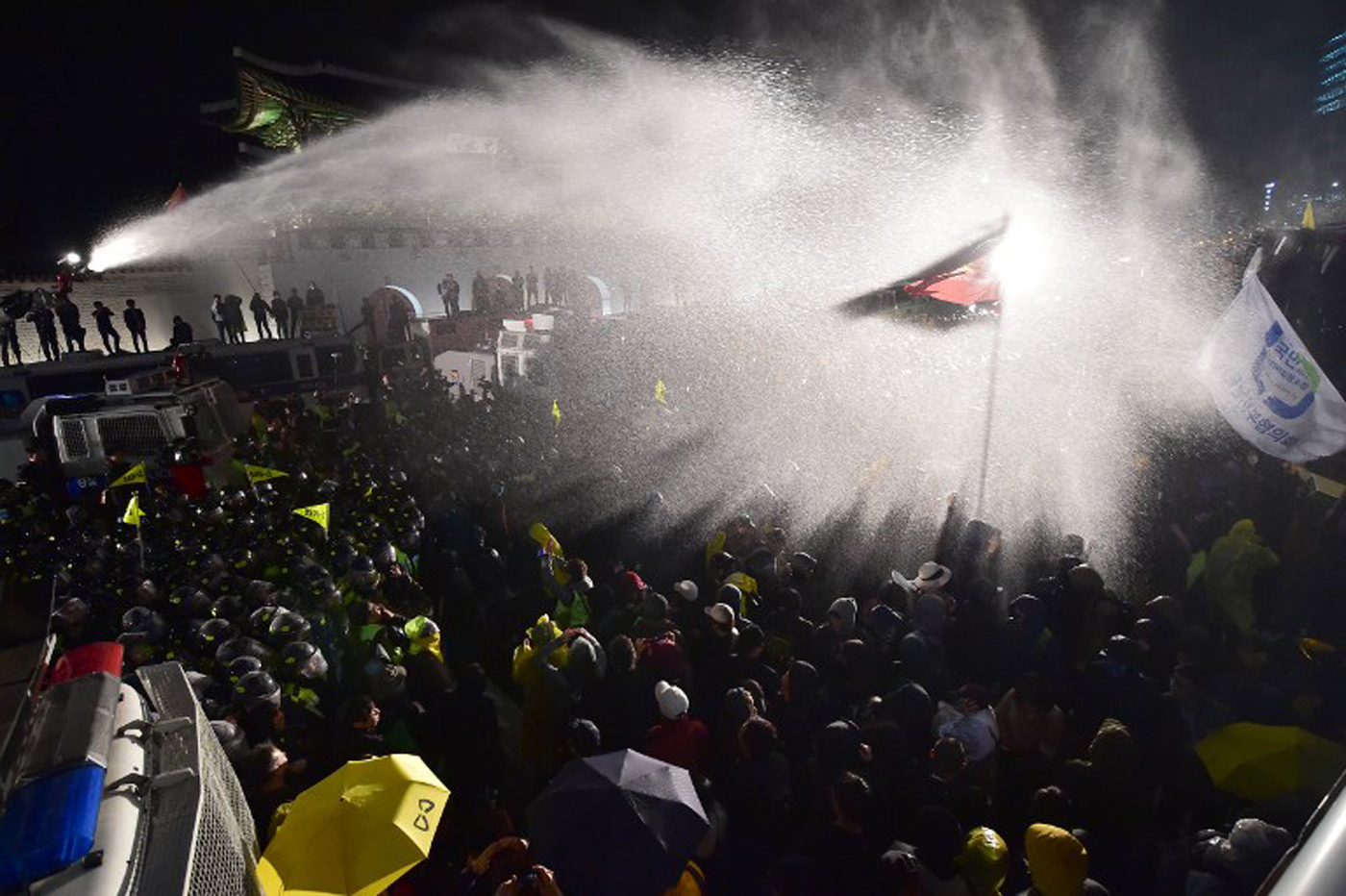 Riot police spray South Korean protesters with a water cannon in front of the Gwanghwamun (top), the main gate to the Gyeongbok Palace, during a rally to commemorate the first anniversary of the Sewol ferry disaster in Seoul on April 18, 2015.

SEOUL – South Korean police clashed on Saturday with thousands of protesters, blocking their way to the presidential palace where they hoped to press for more government action in response to a ferry disaster that claimed more than 300 lives a year ago.

The rally on the main ceremonial thoroughfare in central Seoul was organised by a group representing families of the victims.

It was the largest in recent weeks as the country marked the first anniversary of the April 16 disaster.

Police in their hundreds used buses as barricades to block marchers from advancing towards the presidential Blue House, a Reuters witness saw.

The rally began at midday with a crowd demanding the government allow an independent inquiry into the disaster and make an immediate decision to raise the Sewol ferry.

The ferry was on a routine journey from Incheon to the southern island of Jeju when it capsised making a sharp turn and sank.

It was later found to have been structurally unsound and overloaded with cargo.

Anger among the families of the victims towards the government still runs high.

They say the government let them down again this week by failing to announce a plan to raise the ferry by the first anniversary of the disaster.

President Park Geun-hye said on Thursday the government would begin preparing to raise the 6,800ton ship, her clearest indication yet of a plan to recover it.

The country&39;s umbrella labour federation joined the rally and vowed to join forces with victims&39; families to continue protests, calling for more rallies next weekend, according to a federation spokesman at the protest.