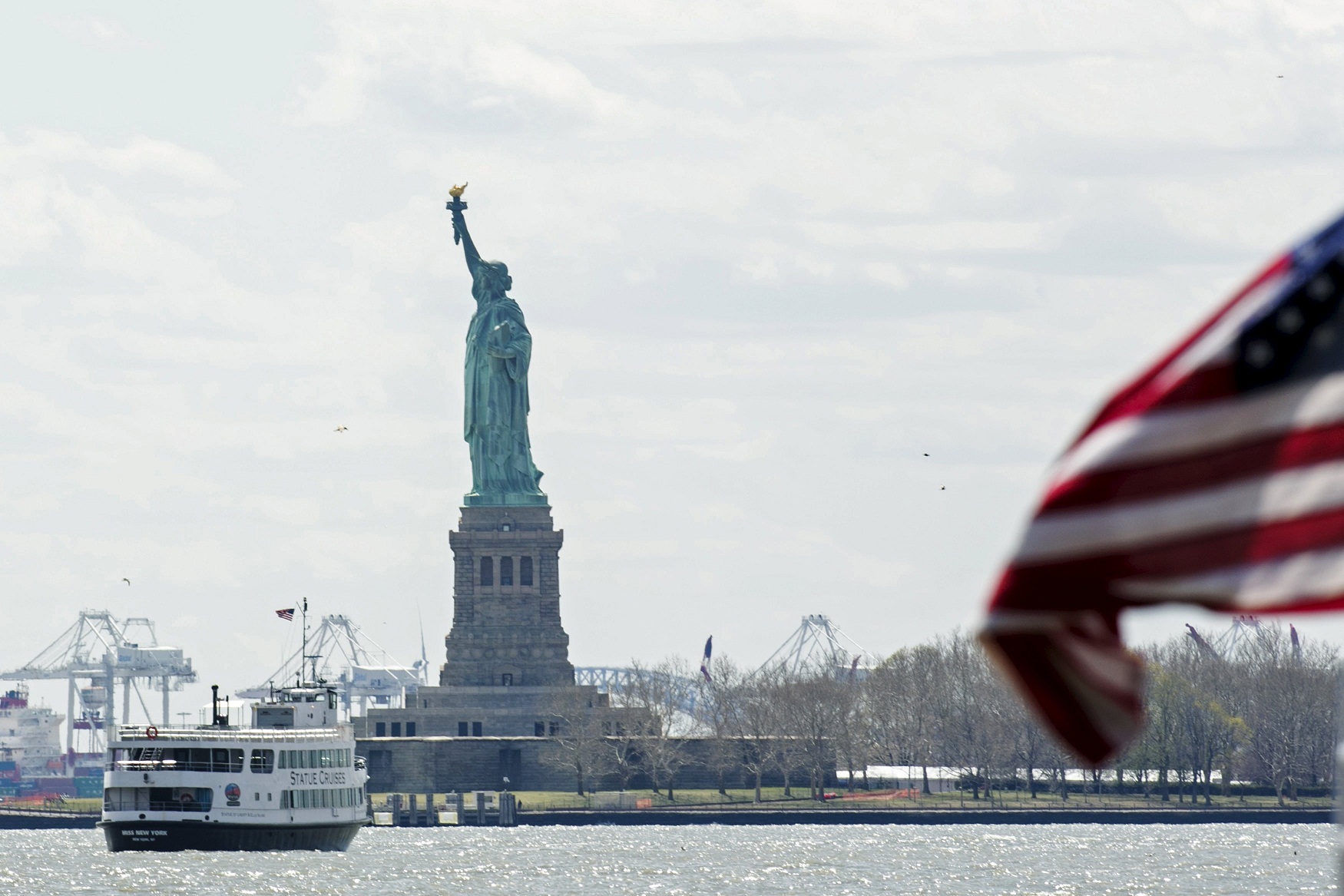 A United States flag flutters in the wind off of a Statue of Liberty Island ferry boat in lower Manhattan in New York April 24, 2015.

NEW YORK - Law enforcement authorities determined the Statue of Liberty and surrounding areas were safe on Friday after a bomb scare led to the evacuation of hundreds of tourists, according to media reports.

An anonymous telephone caller had threatened to blow up the famed statue, a popular tourist destination, and visitors were evacuated from Liberty Island in New York Harbor, the National Park Service said.

About four hours later authorities deemed the area safe when a security sweep failed to uncover a bomb, according to an NBC report.

A bomb-sniffing dog deployed after the threat had detected "an area of interest" near lockers at the base of the statue, National Park Service spokeswoman Mindi Rambo said in a statement.

All the visitors and staff were safely evacuated following the threatening call, which came at about 11 a.m. local time, she said.

Ferry service to the island, which has some 4 million visitors a year, was suspended after the threat, said Mike Burke, vice president of Statue Cruises, which operates between the island and Battery Park at the southern tip of Manhattan.

Video posted on Twitter showed crowds of tourists shuffling onto ferries to be carried off the island, which lies between Manhattan and New Jersey near the mouth of the Hudson River.

Some photos on Twitter showed police walking on the island with a bomb-sniffing dog.

The Statue of Liberty was closed for nearly eight months due to damage to the island by Superstorm Sandy in 2012.