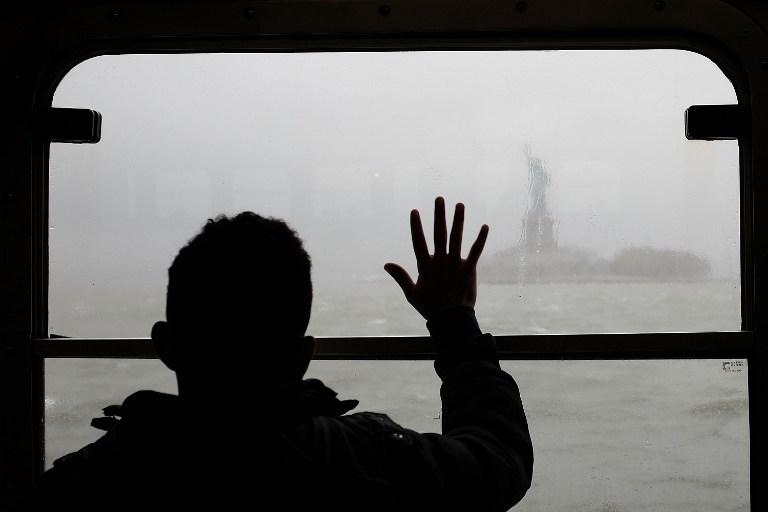 A man looks out at the Statue of Liberty in the rain and fog from the Staten Island Ferry on April 20, 2015 in New York City.

NEW YORK - Visitors to the Statue of Liberty were evacuated from Liberty Island in New York Harbour on Friday after a report of a suspicious package, the United States Park Police said, and law enforcement officials are investigating the site.

The New York Police Department&39;s bomb squad is assisting in the security sweep of one of the New York area&39;s most popular tourist destinations, a NYPD spokesman said.

The evacuation was ordered after a telephone bomb threat and police dogs detected a suspicious scent on a package, the Wall Street Journal reported, citing park police.

Sergeant Lelani Woods of the US Park Police said she could not confirm that anyone phoned in a bomb threat.

Video posted on Twitter showed crowds of tourists slowly shuffling onto ferries to be carried off the island, which lies between Manhattan and New Jersey near the mouth of the Hudson River.

"Waiting to be evacuated off libertyisland. Interesting," a person identified as Rick Borgmeyer wrote on Twitter.