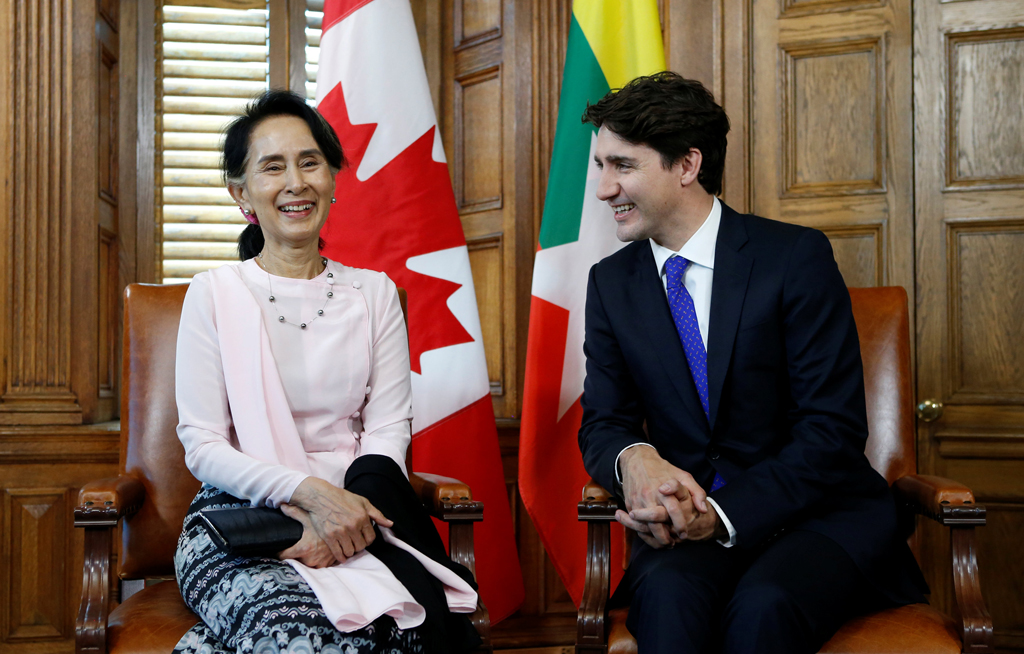 "I'm happy to be here, particularly to study the federalism of Canada because it is where we're trying to go. We're trying to build up a democratic federal union," the Nobel laureate said.

"We have some ways to go before we become a working democratic federal nation such as yours," she added, turning to Trudeau in his parliamentary office. "But I'm sure we'll get there."

Suu Kyi's trip to Canada follows a fresh round of peace talks in the capital Naypyidaw aimed at ending a conflict in Myanmar's troubled frontier regions, where various ethnic groups have been waging war against the state for almost seven decades.

Summit delegates considered what shape a federal union might take. The idea is still in its infancy.

Trudeau offered condolences on behalf of Canada for the loss of a Myanmar military aircraft carrying 106 passengers -- soldiers and their families -- and 14 crew.

He also said after their talk that he "encouraged Myanmar to accelerate its efforts to uphold human rights, particularly with respect to women, youth, and protecting ethnic and religious minorities, including the Rohingya."

Trudeau also announced Can$8.8 million in aid to support the peace process and to provide emergency food assistance, shelter and health care to vulnerable populations.

Suu Kyi, a former dissident, was given Canadian honorary citizenship in 2007.