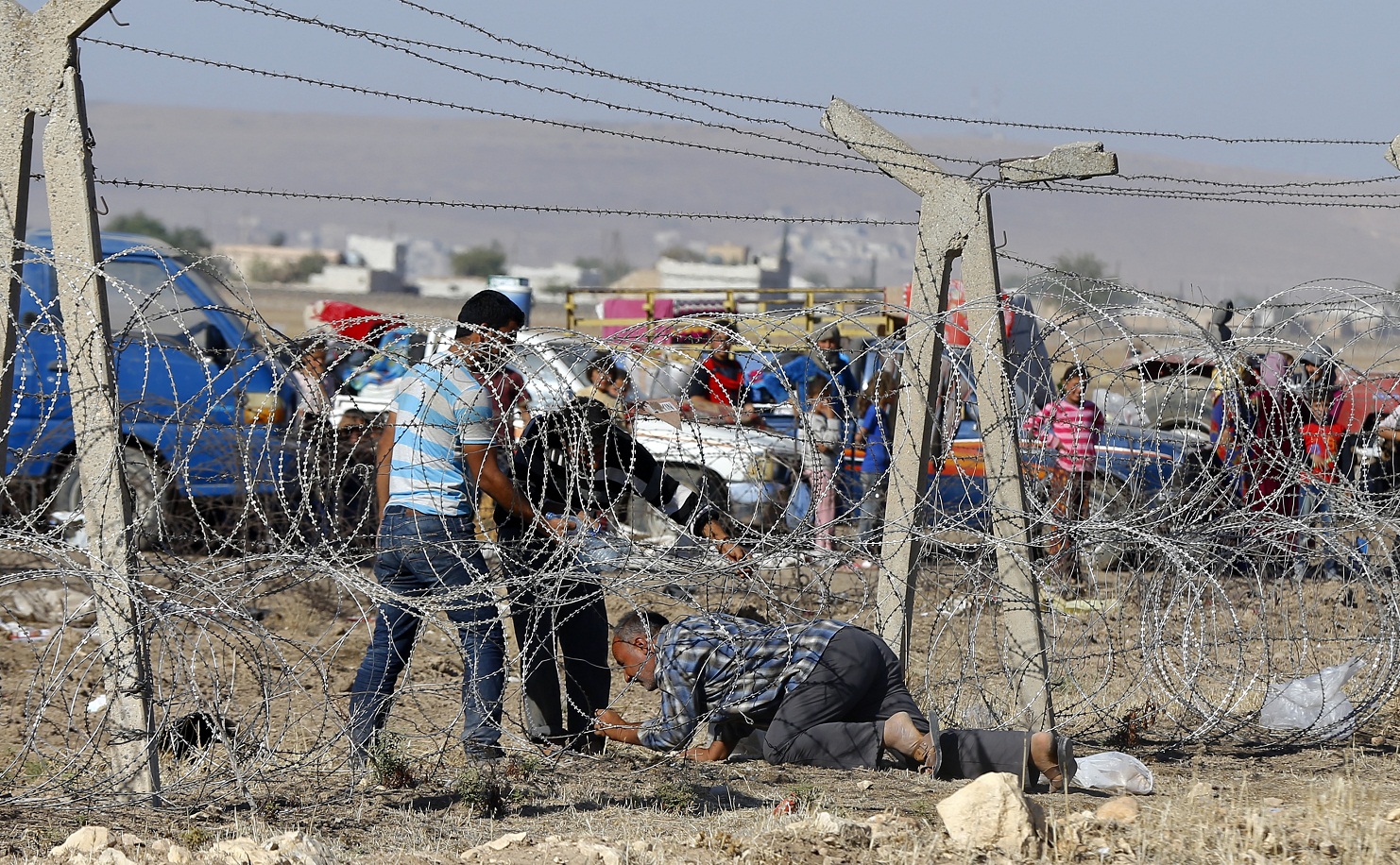 The death toll in Syria's war was reported on Tuesday to have topped 200,000 as aid workers warned of a humanitarian crisis after the UN cut food aid to 1.7 million Syrian refugees.

DAMASCUS - Syria accused Israel of bombing its main international airport on Sunday as the UN announced talks with rebel leaders on a ceasefire in its war-battered second city of Aleppo.

The accusation came hours ahead of an appeal by humanitarian organisations Monday for countries to take in around 180,000 refugees as the number of people fleeing the Syrian conflict continues to grow.

Israel has launched a series of air strikes inside Syria since the outbreak of the country&39;s armed uprising in 2011, including raids reportedly targeting Iranian rockets bound for Lebanon&39;s Hezbollah.

"This afternoon, the Israeli enemy targeted two safe areas in Damascus province, namely the Dimas area and the Damascus International Airport," the army said in a statement.

It said the strikes caused damage but that nobody was hurt.

Both civilian and military aircraft operate at the airport, which lies southeast of Damascus near flashpoint areas including Eastern Ghouta, large parts of which are in rebel hands.

There was no immediate reaction from the Israeli authorities, but the Syrian army reiterated its claim that the Jewish state is helping rebels fighting to oust President Bashar al-Assad.

"This direct aggression by Israel was carried out to help the terrorists in Syria, after our armed forces secured important victories in Deir Ezzor, Aleppo and elsewhere," the army said.

Later, the Syrian foreign ministry said it had asked UN Secretary General Ban Ki-moon and the UN Security Council to impose sanctions on Israel, describing the strikes as "a heinous crime against Syria&39;s sovereignty", according to state news agency SANA.

The Britain-based Syrian Observatory for Human Rights, which monitors the conflict, said both of the targeted sites were used for military purposes.

"Both were military sites, and weapons were being stored there," Observatory director Rami Abdel Rahman told AFP.

In the past year, Israel has reportedly carried out a number of raids on Syrian targets and on positions of the Lebanese Shiite militant Hezbollah, an ally of both Syria and arch-foe Iran.

Sunday&39;s violence came as the UN envoy to Syria announced he would meet in Turkey with rebel leaders from Aleppo to discuss a possible freeze in fighting.

She did not specify when exactly the talks would take place.

De Mistura has been pushing efforts for ceasefires in limited areas of Syria to lay the groundwork for peace talks to resolve the country&39;s devastating civil war.

Speaking to AFP from Turkey, rebel leader Sobhi al-Rifai said: "We are ready for a meeting and for dialogue with anyone to discuss the Syrian issue."

But Rifai, who is part of major rebel umbrella organisation the Revolutionary Command Council, did not confirm whether his group or any other faction would meet the UN envoy.

Rebels in Aleppo city also do not include among their ranks any jihadists from the Al-Qaeda affiliate Al-Nusra Front, or from the jihadist Islamic State (IS) group.

On Monday, more than 30 humanitarian groups launched an appeal for countries to take in some 180,000 refugees from Syria, with the UN refugee agency predicting that the number of people fleeing the fighting could rise to nearly 3.6 million by the end of 2015.

The Office of the UN High Commissioner for Refugees (UNHCR) said 3.2 million refugees were already listed in neighbouring countries after three years of fighting, with Turkey and Lebanon hosting more than a million each.

Elsewhere on Sunday, Syrian troops repelled an attack by jihadists from the IS group on a military airport in the eastern province of Deir Ezzor, the monitor said.

"Troops and pro-regime militia stopped the attack that Islamic State launched on the Deir Ezzor military airport," it said, adding that both sides suffered heavy losses in the fighting.

The jihadists had withdrawn to the edges of the base, a day after managing to seize a southeastern part of the complex.

The Observatory said more than 100 jihadists had been killed in fighting for the base since Wednesday, when they launched an operation to try to take the airport.

The Syrian conflict, which evolved from a pro-democracy movement into a full-blown civil war, is estimated to have killed more than 200,000 people and forced half the population to flee their homes.