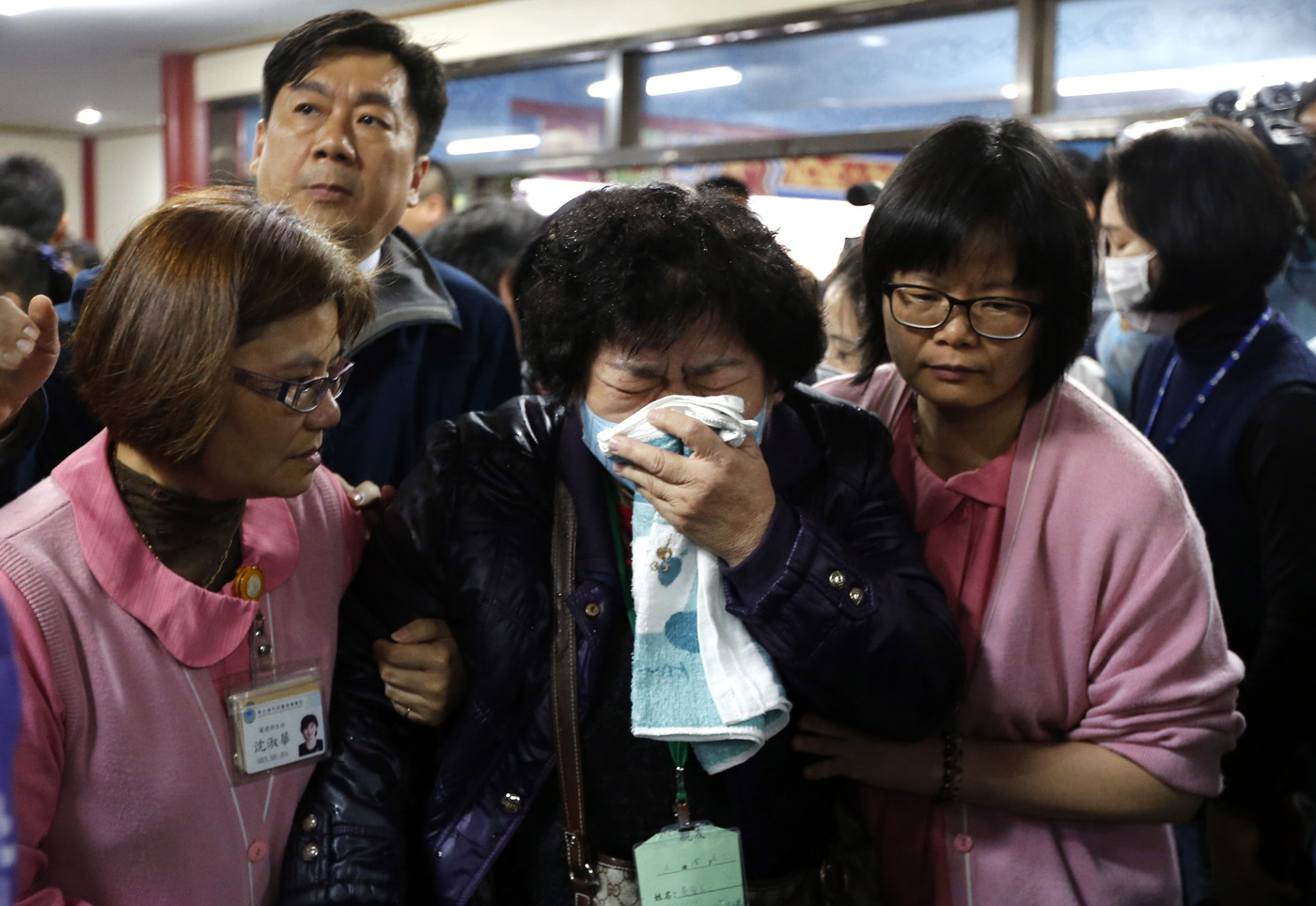 A relative arrives to attend a memorial service for quake victims in Tainan, Taiwan on February 12, 2016.

TAIPEI – Flags flew at half-mast across Taiwan on Monday as the island mourned more than 100 people who died when an earthquake toppled an apartment complex, as families demanded justice.

Many residents of the 16-storey Wei-kuan complex in the southern city of Tainan were buried in rubble after the 6.4-magnitude quake on February 6.

Rescuers called off the search for survivors over the weekend after all the missing were accounted for.

All but two of the 116 dead were from the building. More than 380 people were inside the complex on the night of the quake.

Lunar New Year celebrations scheduled by government agencies were called off on Monday, and Tainan&39;s government sought the freezing of further assets belonging to the developer and architects of the building.

Anger is growing over accusations of shoddy building work – prosecutors have said there were flaws in the building including inadequate steel reinforcement bars, and the developer is among three men facing charges over the disaster.

A rescue worker peers into a gap while searching for survivors in the collapsed Wei-Kuan building in Tainan, Taiwan pic.twitter.com/R4w7Q7vn1E

Frustration grew after photos of rubble at the site showed foam and tin cans had been used as filling in concrete structures.

"The developer really had no conscience constructing such a building. He should be severely punished," Liu Kun-min, whose brother, sister-in-law and two sons were killed in the quake, told the Apple Daily newspaper.

Tainan&39;s city government on Monday sought to freeze Tw$220-million (R104,3m) in assets belonging to nine people – among them the developer Lin Ming-hui, his shareholders, two architects and a contractor.

The government is acting on behalf of 93 families involved in the collapse.

"The developer left so many people dead and homeless," a man surnamed Chang, who was pulled out from the rubble, told Apple Daily.

Lin and architects Cheng Chin-kui and Chang Kui-pao, as well as a contractor linked to the building, have already seen Tw$30m in assets frozen by the Tainan district court last week at the request of the city government.

Lin, Cheng and Chang are in custody and facing charges of professional negligence.

A further Tw$10m was frozen by the court at the request of the non-profit Legal Aid Foundation acting for two people who were severely injured.

"They are angry and frustrated, they want the three to be brought to justice," Emilia Hsieh, spokeswoman for the foundation, told AFP.

Hsiao Po-jen, head of the city government&39;s legal affairs, said on Monday that a relative of architect Cheng had been stopped trying to withdraw more than Tw$10m from his bank account.