Ten arrested as southern US neo-Nazi rally clash with protests 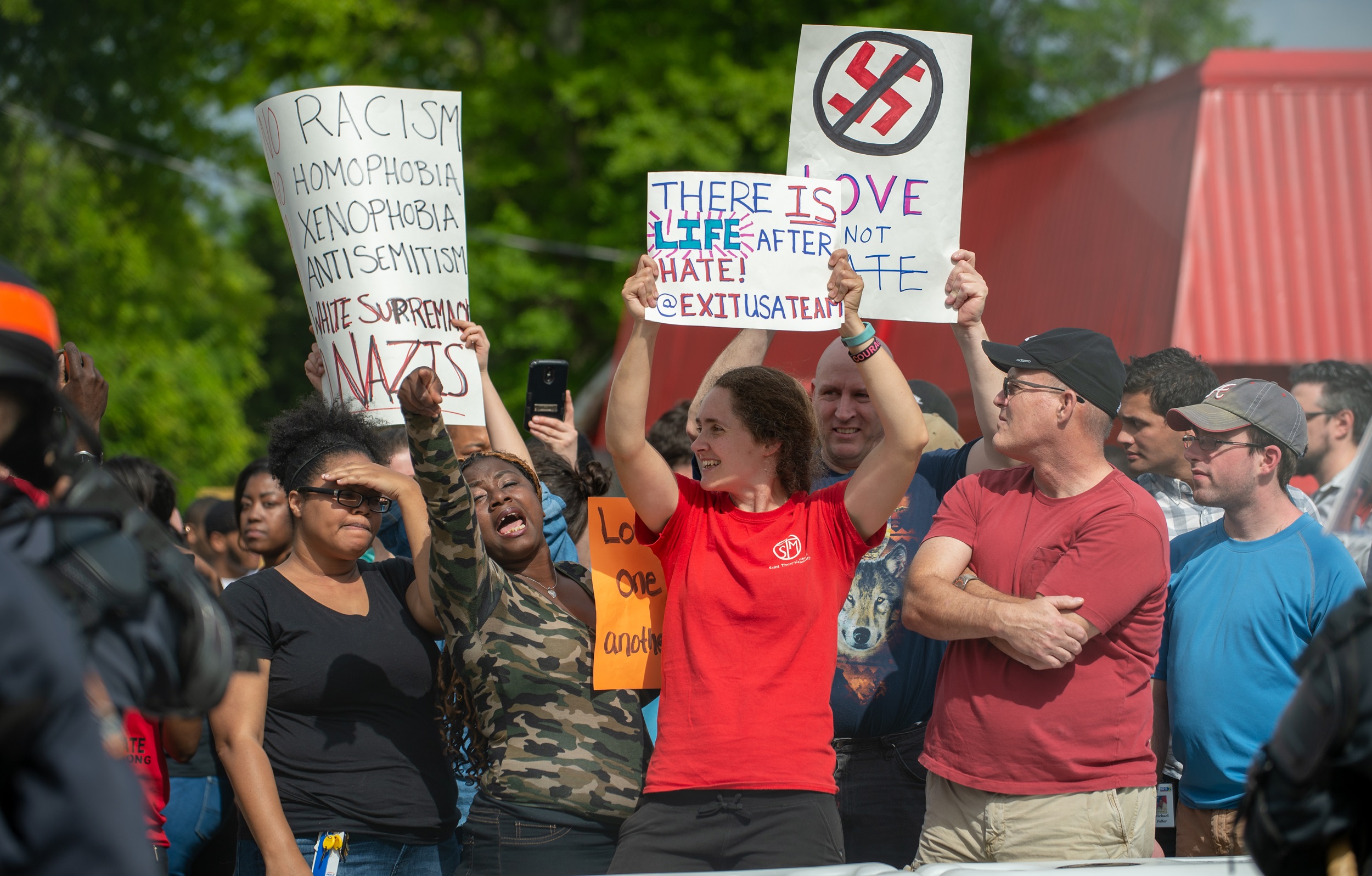 Counter-protesters chant in opposition to members of the National Socialist Movement and other white nationalists who were rallying in Newnan, Georgia.

WASHINGTON - Ten people were arrested on Saturday when a rally attended by a handful of neo-Nazis was met with hundreds of counter-protesters in a usually quiet Georgia town, local media reported.

Hundreds of police officers were deployed in Newnan, Georgia -- around 65 kilometres southeast of Atlanta -- ahead of the event organized by the National Socialist Movement, one of the US&39;s largest neo-Nazi groups.

There were fears the event could escalate into a repeat of the violence that stemmed from a white supremacist rally last August, in Charlottesville, Virginia.

However, only a few dozen far-right members showed up, among them the movement&39;s leader Jeff Schoep.

"We&39;re against illegal immigration. We&39;re standing up on a pro-white platform. And we&39;re trying to get our message out," he said.

According to local media, the ten arrested at the rally, held in a downtown park, were counter-protesters.

"The Rally has ended, it was very peaceful for the most part. No injuries to any public safety or protesters. We had a handful of arrests," the Coweta County Sheriff&39;s Office said in a statement.

On Friday, locals covered the surfaces and paths of Greenville Street Park with chalk messages and drawings representing love and peace.

"Today we&39;re standing together to unite a group of people against this hate group. We&39;re showing them that we don&39;t support this. It&39;s not welcome here in America," counter-protester Robert Allen said during the rally.

The event came a day after neo-Nazis in Germany, which is witnessing a revival of far-right and ultra-nationalist groups, marked Adolf Hitler&39;s birthday with the start of a two-day festival.