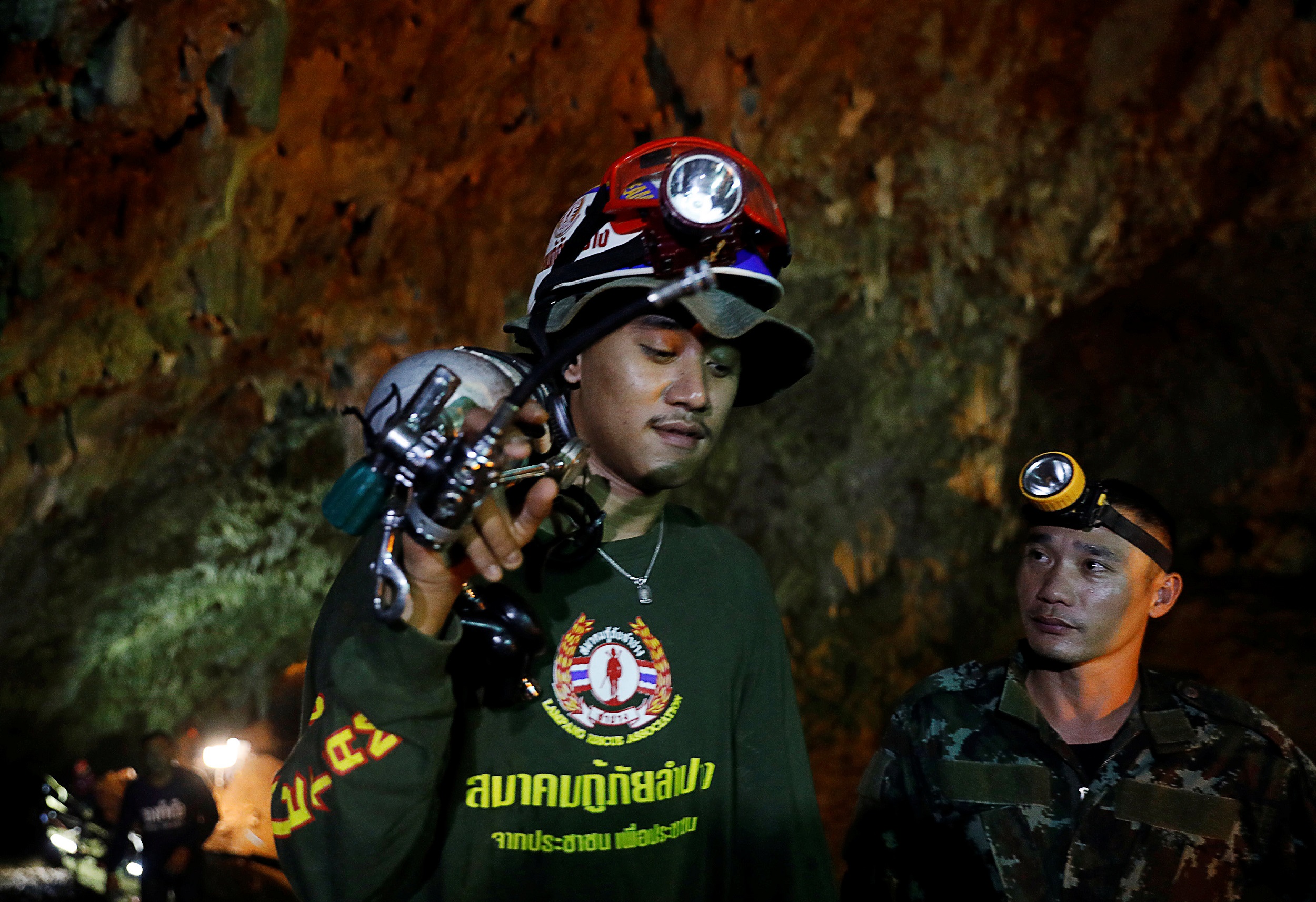 Soldiers and rescue workers work in Tham Luang cave complex as an ongoing search for members of an under-16 soccer team and their coach continues.

CHIANG RAI, Thailand - Rescuers in Thailand scrabbled to clear a constricted passageway for divers deep inside a flooded cave complex on Monday as the search for 12 boys and their soccer coach entered a ninth day.

The boys, aged between 11 and 16, and their 25-year-old coach disappeared on June 23 during an outing to the Tham Luang cave, which runs for 10 kilometres (6 miles) beneath the mountains in northern Chiang Rai province.

Aside from belongings left at the mouth of the cave and handprints on cave walls, there has been no trace of them found since.

With the way out of the cave blocked by flood waters from the heavy rains, rescuers are hoping that the boys made it through to an elevated rock mound that cavers have nicknamed "Pattaya Beach" after one of Thailand&39;s best known tourist destinations.

The search for the boys has gripped the nation, with news bulletins dominated by updates on progress made by a mammoth rescue effort involving more than 1,000 personnel.

Divers from a Thai navy SEAL unit have been at the forefront of the search, supported by international rescue teams from the United States, Britain and Japan and elsewhere.

"The SEAL unit last night reached the T-junction and today they will press ahead to the left, but one obstacle we&39;ve found is a very small hole which we need to widen so that people can go through," Chiang Rai governor Narongsak Osatanakorn told reporters on Monday.

"As of now we have not yet reached Pattaya Beach," he said.

He added that an operations centre has been set up in what rescuers call the cave&39;s third chamber, about 1.7 kilometres (a mile) from the cave&39;s entrance.

Narongsak added that water from the flooded cave has receded in recent days, allowing rescue teams to gain ground.

The seasonal rains have hampered an increasingly desperate search operation, with divers groping their way along the walls of the flooded cave, barely able to see in the muddy water.

As part of the rescue effort, search parties have been lowered down shafts on the mountainside, but it was unclear what progress they had made.

Doctors say the boys could survive for many days without food, but much would depend on whether they found water clean enough to drink.

At Mae Sai Prasitsart school, where six of the missing boys studied, special prayers were held for the junior soccer team during the morning assembly on Monday.

"I am really worried, but I am hopeful because my friend is strong," Thanakorn Ingsilapakul, 15, told Reuters.