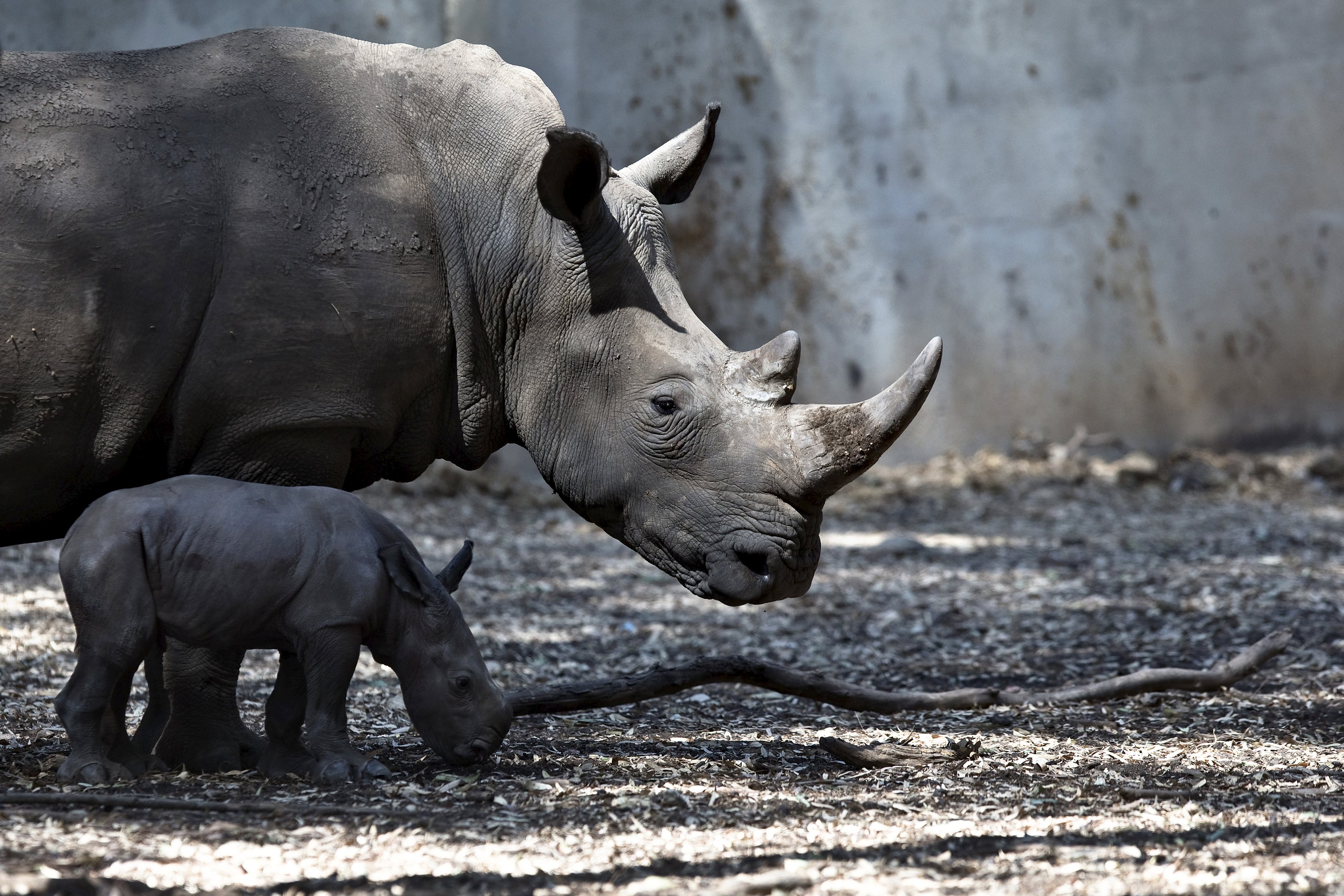 A newborn rhinoceros stands next to its six-year-old mother Keren Peles at the Ramat Gan Safari Zoo near Tel Aviv, Israel August 24, 2015.

BANGKOK - Thailand is probing whether a senior justice official and two cops worked as meet-and-greeters for smugglers trying to traffic 21 rhino horns worth $500,000 through a Bangkok airport.

The trio, including a deputy state provincial prosecutor, appeared to escort two women as they arrived at Suvarnabhumi airport on March 10, bags bulging with the haul from the critically endangered species.

They discovered "two police as well as a senior official from the Ministry of Justice walking along the concourse with the luggage", according to a statement from the Attorney-General's office late Thursday.

The statement named deputy state prosecutor for Saraburi province, Police Major Worapas Boonsri, as one of the suspects.

He has been transferred pending the investigation, the other two men are yet to be identified.

Thailand's junta says it is committed to cracking down on corruption and the illegal trade in animal parts through the kingdom -- a gateway to Southeast Asian and Chinese markets where rare species are coveted as pets or in traditional medicines.

"But wildlife poaching and trafficking on the huge scale we are seeing, especially with rhinos, cannot happen without the help of well-placed corrupt officers."

The horn came from Africa.

In 2015 Thailand incinerated more than two tonnes of confiscated ivory, the first time the kingdom has taken steps to destroy part of its stockpile.