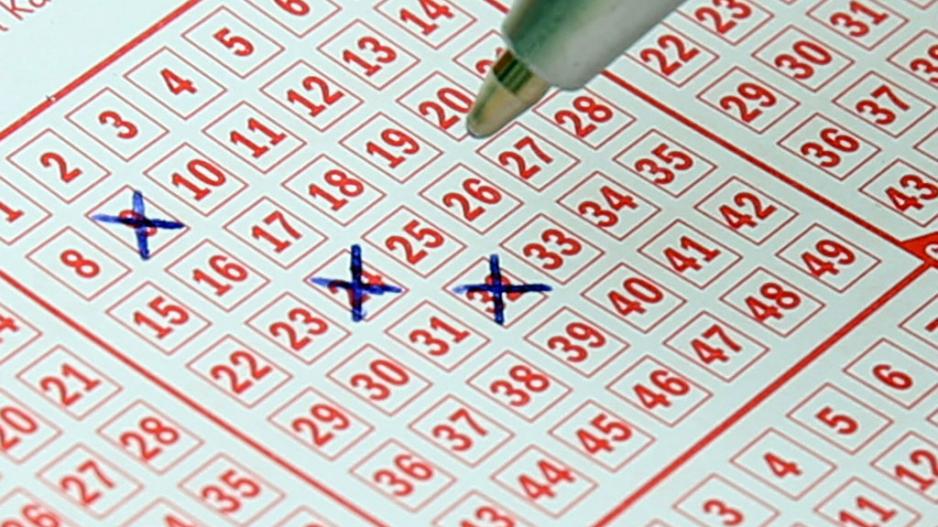 Editor's note: Reference to the Nebraska lottery was erroneously added to the story and has since been removed.

If the global lottery industry is a living organism, a strong argument can be made that its nerve center is Basel, Switzerland.

There, on Lange Gasse 20, stands the headquarters of the World Lottery Association (WLA). Since its inception in 1999, the self-described lobbying group has sought to fulfill its mission of supporting state lotteries’ growth around the world and upholding standards of ethical conduct, charitable giving and responsible gambling.

Heavily backed by eight major lottery companies, the WLA appears to be succeeding in at least its growth objective.  Worldwide lottery revenue surged from $160-billion in 2003, shortly after the organisation began, to $293-billion in 2014. Association members accounted for 93 percent of that revenue, according to the Global Lottery Data Compendium 2015. The organisation said in a statement that it has certified 55, or more than one third, of its member lotteries at the highest level of its responsible gambling program.  It asserts on its website that all members contribute the majority of net revenues to good causes.

But an upcoming national survey of American state lotteries by PennLive and students from the Columbia Journalism School raises questions about the association’s gambling certification program. A document from the Illinois Lottery, a WLA member, appears to contradict the organisation’s assertion about the percentage of charitable cause donations. And the association’s location in Switzerland, a country with few disclosure requirements for non-profit associations, seems to go against the organisation’s stated commitment to transparency for its members.

Created from the merger of two international lottery associations, the WLA is heavily funded by eight lottery giants that contribute at either platinum or gold levels. In 2012, a platinum sponsorship was 175,000 CHF (Swiss francs), or R1.6-million, according to documents obtained from the Basel commercial register.

The WLA declined to answer what proportion of their budget comes from these contributions, but it seems unlikely that the sum makes a large dent in the donors’ pockets.

In 2015, these corporations, among the largest in the world lottery industry, enjoyed combined net revenues of more than $10.8 billion and employed more than 32,500 people full-time, according to the WLA’s 2016 data compendium. Platinum sponsor IGT has more than 12,000 employees who work in about 100 countries. Scientific Games, another platinum donor, has nearly 8,000 employees distributed across six continents, according to a company report.

WLA members, which include about 150 state lotteries as well as 60 suppliers to the lottery and sports betting industry, are also located on six continents.

The South African Lottery is part of the association, which has longstanding ties to the country. In 2004, then-operator Uthingo Management held the first worldwide lottery conference ever in Africa, organizing the event around the theme of “Dream Africa.” At that gathering the group asked members for R1-million, or about $170,000, in donations from members to bolster Uthingo’s work with hospitals and schools for disadvantaged children in Africa, among other causes.  “In this manner, the WLA can show its support for the exceptional work that is being done,” meeting minutes said.

Another link to South Africa is that Yvonne Schnyder, one of the association’s two original secretaries general and a current honorary member, sits on the board of current Lottery operator Ithuba.

The association regularly convenes regional meetings and hosts biennial conferences. Next year’s summit will be in Buenos Aires; the 2016 event took place in Singapore. An article on the website for the 2014 event cited “Ten good reasons to join us for the World Lottery Summit 2014 in Rome.” In addition to Roman art, cuisine and la dolce vita, attendees were enticed by the promises of outstanding networking opportunities and keynote speeches by industry leaders. The site also spoke about educational sessions that would address the constant threat of illegal off-shore betting operators.

Preserving states lotteries’ monopoly has been an organisational priority since its foundation. “The importance that the WLA presents as a lobby group should not be underestimated,” according to minutes from a 2000 executive committee meeting in Carlsbad, California.  “It can play an important role in influencing governments to maintain the lottery monopoly.”

The topic arose again in a May 2004 executive committee meeting in Rome, Italy.  An invitation-only seminar titled, “Defending the state lottery monopoly” was planned for March or April 2005. “The members agree that this seminar is a good idea but request that the word “monopoly” not be used in the title,” meeting minutes said.

A statement the association sent for this article spoke about the “depredations of illegal gaming,” adding that this form of gambling exhibits little regard for the safety and security of players, particularly minors and other vulnerable customers.

Preserving state lotteries’ monopoly is critical for their continual expansion, another key association objective. In a pre-conference video posted on YouTube, WLA President Jean-Luc Maner-Banet said that the business program was “maybe the most important” reason to attend the 2016 summit. The organisation’s growth agenda is visible on its website, where it posts quarterly updates and detailed analyses of lotteries’ performances, as well as in documents from the Basel commercial register.  And the association’s statement for this story said that a lottery product’s performance should be judged by “the net profit it produces.”

The WLA espouses its commitment to responsible gaming, and has a four-stage evaluation process by which members are certified for their adherence to those principles.

But a forthcoming national survey of more than 40 American lotteries conducted by PennLive and students at Columbia Journalism School found that the Oregon, Connecticut and Pennsylvania lotteries said they did not monitor frequent winners. All were WLA members.

An analysis of winners’ data and subsequent reporting by PennLive and the Columbia Journalism School found that some repeat winners can have issues with excessive gambling.
Two of these states, Connecticut and Pennsylvania, were among the 85 WLA member lotteries worldwide that are certified to Level 2 or higher in the Responsible Gaming

Framework, according to the association’s statement

The WLA did not respond to requests for comment about how these states were accredited by the WLA at Level 2 for the Responsible Gaming Framework.

Meanwhile, the WLA states on its website that all of its members contribute the majority of net revenue to good causes.

But the percentage of revenue that has gone to education from the Illinois Lottery, a WLA member, has steadily fallen from 41 percent in the mid-1980s to 28 percent earlier this decade, according to minutes from a 2012 lottery board meeting.  In 2012, then-Lottery Director Michael Jones explained that the percentage of funding to education had decreased in order to increase the percentage prize payout.

The WLA did not respond to questions about the decrease in the percentage of Illinois Lottery proceeds that went to education, but said in a statement that member lotteries are typically mandated “to contribute to the public welfare by returning money to society in support of good causes.”

The association’s being based in Basel means that it is in a country with few disclosure requirements that has been one of the world’s major tax havens. Associations, or “Verein,” in Switzerland have wide latitude over what information they share. Forming an association involves drafting an Articles of Association, registering if commercial activity is involved and appointing at least one person as a representative of the entity.

Although the organisation must appoint a board and have its accounts audited, the substance of what it discloses is largely opaque outside of that which the organisation chooses to declare. (Only if the association is registered are there legal requirements such as supplying directors’ names and noting when there is a change in directors.)

The WLA did not respond to a question about whether the use of Switzerland could give a negative impression of the organisation. Instead, it said in its statement that its members “operate within a rigorous framework that respects the highest standards of integrity, consumer protection, and transparency.”

Questions that were submitted to the World Lottery Association

II. You are probably aware of the studies that lotteries function as a regressive tax. In other words, that people in lower-income groups disproportionately tend to resort to lotteries, spend a higher percentage of their income on lotteries and that lottery outlets are also sometimes concentrated in the areas where they live. Do you accept that lotteries may in some cases function to draw income out of poor areas?

III. If you recognise this as a potential problem, what concrete steps has the WLA taken to work against the phenomenon of lotteries functioning as a regressive tax?

V. Do you accept that frequency of winning may indicate a gambling addiction or problem?

VI. If Pennsylvania and Connecticut do not track potential problem gamblers, can you explain how they are accredited by the WLA at Level 2 in the Responsible Gaming Framework?

VII. The WLA states on its website that all members contribute the majority of net revenues to good causes, but the percentage of revenue that has gone to education from WLA Member, the Illinois Lottery, has steadily fallen from 41 percent in the mid-80s to about 23 percent earlier this decade.  In 2012 then-Lottery Director Michael Jones explained that the percentage of funding to education had decreased in order to increase the percentage prize payout. Can you explain why education would have been defunded by the Illinois Lottery? Relatedly, on what basis is the claim on the WLA’s website still made that the majority of revenue contributions go to good causes when this appears to be inaccurate?

X. Does WLA by-laws require a code of conduct from members on transparency and anti-corruption - specifically, partner states they may be involved with?

WLA Statement by eNCA.com on Scribd

Jean Franois Tanda is a lawyer who works as a reporter based in Zurich, Switzerland.  The Fund for Investigative Journalism supported his participation in the story.