Who were the victims of Portugal's deadly forest fires? 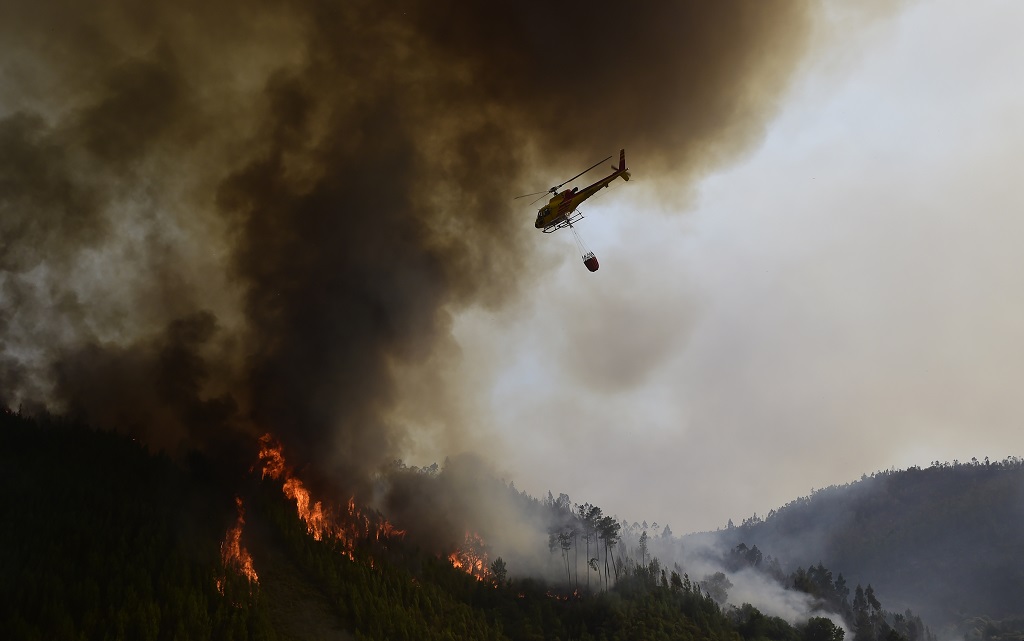 A helicopter overfly a wildfire in Carvalho, next to Pampilhosa da Serra, on June 19, 2017.

LISBON - A child who died in the flames during his parents' honeymoon. A family saved by a water tank. A group of friends rescued by a generous neighbour.

These were some of the stories of dozens of Portuguese whose lives were affected by fires that swept through the centre of the country at the weekend.

The parents of four-year-old Rodrigo were on their honeymoon when they heard the news of the devastating fire sweeping through the village of Nodeirinho in the Leiria region.

The newlyweds had left their little boy with his uncle and aunt, the Correio da Manha newspaper reported, but, unable to get hold of them, Rodrigo's mother pleaded for help on social media to find her child.

His grandmother had rushed from Lisbon to look for him but the burnt bodies of Rodrigo and his uncle were found next to a car, which had caught by the flames as they tried to flee.

PICTURE: A dead deer lays on the roadside in an area affected by a wildfire at Vila Pedro, Figueiro dos Vinhos in Portugal on June 19, 2017. CREDIT: PATRICIA DE MELO MOREIRA / AFP

While several residents of the village of Pobrais were killed trying to escape roadside flames, the Ferreira family survived by taking refuge in a small water tank a few metres from their door.

Maria do Ceu, a 52-year-old housewife, her husband (68), formerly in the merchant navy, and their two 30-something daughters told AFP of their "indescribable" fear.

"I knew we would be safe if we stayed in the water," said one of the daughters, a forest engineer.

"We tried to convince our neighbours to stay, we begged them, but they still left" by car, towards the road where 11 of them were found dead.

Refuge from the flames

A 60-year-old widow's home, the most modern in Nodeirinho, became a refuge from the raging fire which was destroying house after house in the village, the Expresso newspaper reported.

Two panicked couples from Lisbon and three children, who had been caught in the flames as they returned from lunch with friends, knocked on Adelaide Silva's door, pleading for shelter.

Silva welcomed the family, before letting in an eighth survivor who had been trying to escape by car with her husband.

But the fire had quickly caught up with the couple, killing the husband while his wife managed to escape with burns to her face, arms and back.

One of the women in the house, a nurse, wrapped the victim in wet towels until she could be taken to hospital later.

PICTURE: A policeman walks on a road past burnt cars after a wildfire in Figueiro dos Vinhos in Portugal on June 18, 2017. CREDIT: PATRICIA DE MELO MOREIRA / AFP

Virgilio Godinho and his wife Isabel saw their small farm, together with their orchard, olive grove, vegetable garden, and pick-up truck go up in flames in the village of Vilas de Pedro.

The couple and their 18-year-old daughter escaped because they were attending a wedding in another village.

Isabel Godinho (63) said, amid floods of tears, that "we lost everything, I do not how we will eat, I'm going crazy."

"It was fortunate we were not there because I would have tried to save our possessions and then the worst could have happened," he said.