Third night of US protests against police killings 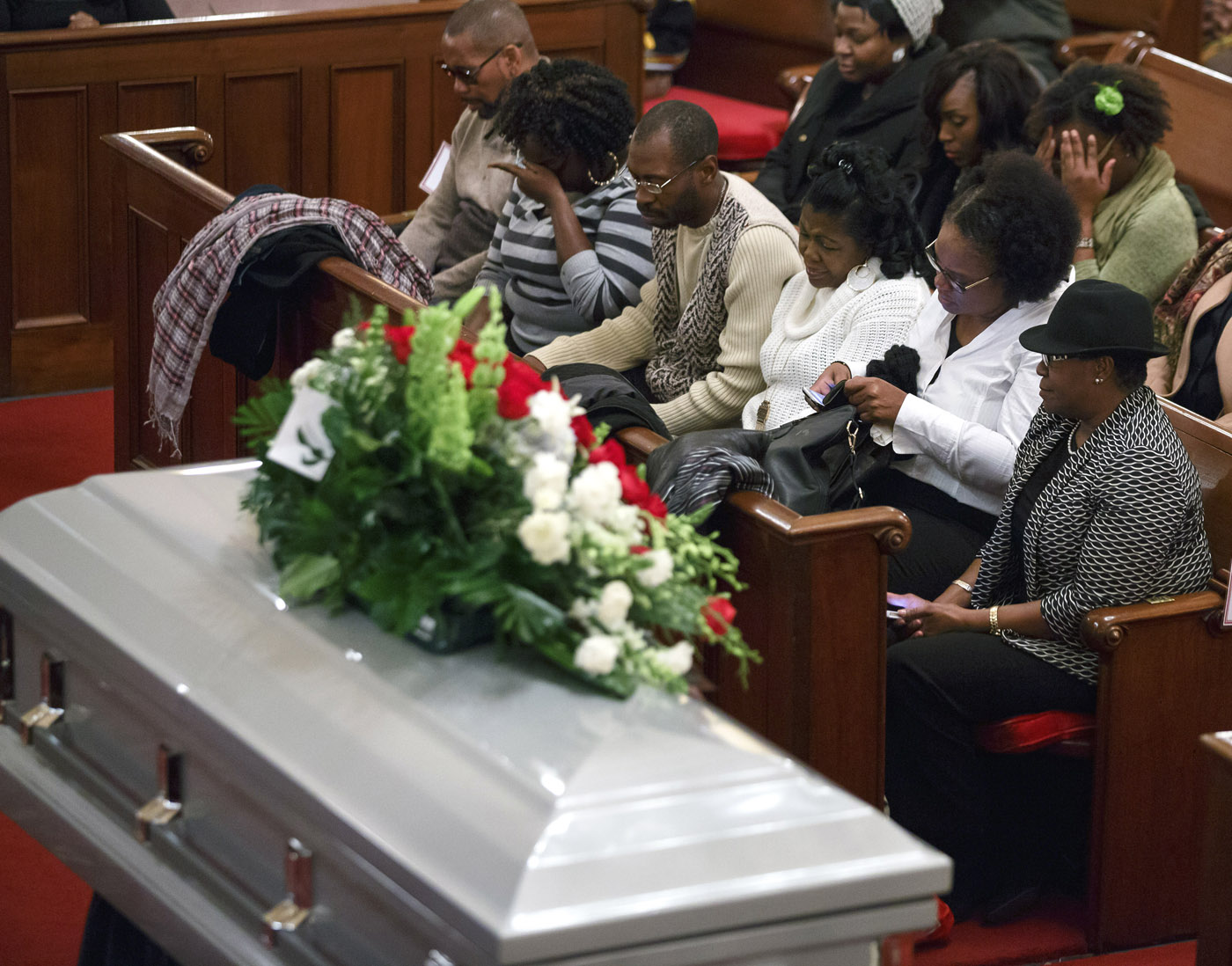 NEW YORK - Thousands of demonstrators marched in major cities across the US on Friday in a fresh wave of protests against a spate of killings of unarmed black men by white police officers.

The signs of growing discontent took place as a New York prosecutor said that a grand jury would consider charges in one of the cases that has again brought to the fore the distrust felt by many African-Americans towards the police.

Akai Gurley, 28, a young father, was shot dead when a police officer opened fire in a dimly lit staircase at a Brooklyn apartment building as he walked with his girlfriend late on November 20.

Brooklyn District Attorney Ken Thompson said he would present all the evidence for a grand jury to decide whether charges should be brought.

"It is important to get to the bottom of what happened," he said, giving no timetable for the jury to be appointed, nor for a decision to be reached.

"I pledge to conduct a full and fair investigation and to give the grand jury all of the information necessary to do its job. That information is still being gathered," Thompson said.

New York&39;s police commissioner has said Gurley was a totally innocent victim and the family, who gathered for a private wake on Friday night ahead of the funeral on Saturday, has demanded justice.

Protesters have hit the streets after grand juries declined to press charges against white officers responsible for the August 9 shooting death of unarmed 18-year-old Michael Brown in Ferguson, Missouri, and the July 17 chokehold death of black father-of-six Eric Garner in New York.

Several hundred protesters staged further rallies in New York on a rainy and chilly Friday night, gathering across the city, shouting "I can&39;t breathe", as they mingled with commuters, tourists and holiday shoppers.

Those were the final words gasped by Garner, a 43-year-old asthma sufferer, as police wrestled and held him to the ground in New York&39;s Staten Island.

Some demonstrators staged "die-ins", by lying on the ground at Columbia University, Grand Central Station and after pouring into Macy&39;s flagship store in Herald Square and the Apple store on Fifth Avenue.

Other protests were reported elsewhere across the US including in Miami, Chicago, Boston, New Orleans and Washington, DC. It was the first time the demonstrations demanding justice had taken to the streets in Miami, where protesters blocked traffic, while in the US capital some people staged a "die-in" on the roads.

The decision last week in the Ferguson case sparked looting and arson in the St Louis suburb, while outrage over the Garner case has been the rallying cry for the latest protests. A representative of Gurley&39;s family, Kevin Powell, said the recent cases feel "like a series of modern-day lynchings".

Gurley&39;s girlfriend, Melissa Butler told his wake on Friday that she wanted justice. "How do I explain to my daughter that her dad is not coming back?" she told the memorial service at Brown Memorial Baptist Church in Brooklyn, where his funeral is to be held on Saturday at 11am.

The New York Daily News reported that the officer who fired the fatal bullet texted his union representative as Gurley lay dying. After rookie cop Peter Liang discharged the bullet that struck Gurley, he and partner Shaun Landau did not respond to radio contact for more than six-and-a-half minutes, the newspaper said.

"That&39;s showing negligence," it quoted a law enforcement source as saying of the pair&39;s decision to text their union rep before making a radio call for help.

A neighbour instead phoned for the ambulance that rushed Gurley to the hospital, where he was declared dead on arrival.

New York Police Commissioner Bill Bratton said on November 21 that Gurley was an innocent who had been killed by an "accidental discharge".

Civil rights activist Al Sharpton&39;s National Action Network is scheduled to hold another rally outside its national headquarters, The House of Justice, in Harlem, New York, on Saturday morning.