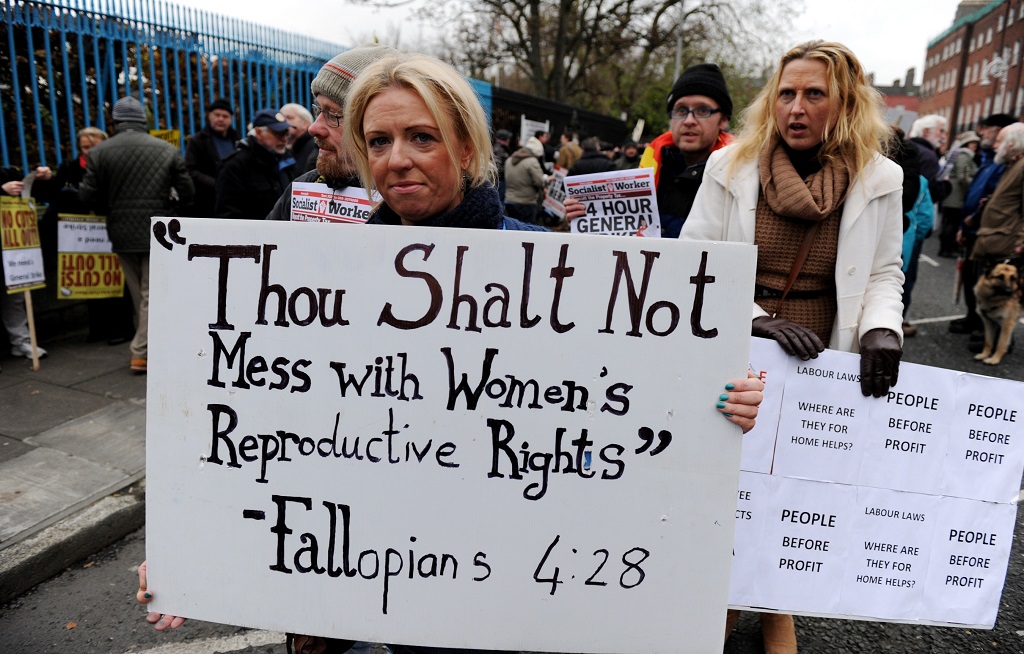 Ireland will hold a referendum next year on whether to repeal its constitutional ban on abortion in almost all cases, Prime Minister Leo Varadkar's government announced on September 26, 2017.

DUBLIN –  At least 10,000 people rallied in Dublin on Saturday against Irish government plans to ease some of the world&39;s most restrictive abortion laws, with some activists saying opinion polls were failing to fully reflect anti-abortion sentiment.

Voters will be asked as soon as May if they wish to repeal the eighth amendment to Ireland&39;s constitution - inserted in 1983 to enshrine the equal right to life of the mother and her unborn child - and instead enable parliament to set the laws.

The government has said it will begin drafting legislation in line with the recommendations made by an all-party parliamentary committee for terminations with no restrictions to be allowed up to 12 weeks into a pregnancy.

In the largest protest of the campaign so far, a march over one kilometre long snaked across the capital, with protesters chanting "pro-life" and "Repeal kills" and a few holding up pictures of aborted foetuses. Irish state broadcaster RTE estimated that tens of thousands took part.

"If the eighth amendment is repealed it will destroy Ireland," said John O&39;Leary, an unemployed 50-year-old holding a banner of Saint Patrick, Ireland&39;s patron saint.

Abortion has long been a divisive issue in once stridently Catholic Ireland where a complete ban was lifted only in 2013 when terminations were allowed in cases where the mother&39;s life was in danger.

Two opinion polls in January found that over 50 percent of voters would support a proposal to allow abortion up to 12 weeks into a pregnancy, with just under 30 percent opposed and the rest undecided.

READ: Abortion bans around the world

However, the polls showed a sharp generational divide with a clear majority of voters over 65 opposed.

"I am canvassing three times a week and people are pro-life, they are just afraid to say it," said Deirdre Lawless, 32, a schoolteacher from the rural west of Ireland.

A number of activists complained of what they believed was a strong media bias in favour of loosening abortion laws. But they also said that the pro-choice movement may be overconfident.

"We will win because of the hubris of the other side," said Gerry McGeough, 59, a member of the Catholic Irish nationalist group Ancient Order of Hibernians who travelled down with several busloads of activists from the Northern Ireland county of Tyrone. "Traditional Ireland has finally awoken," he said.