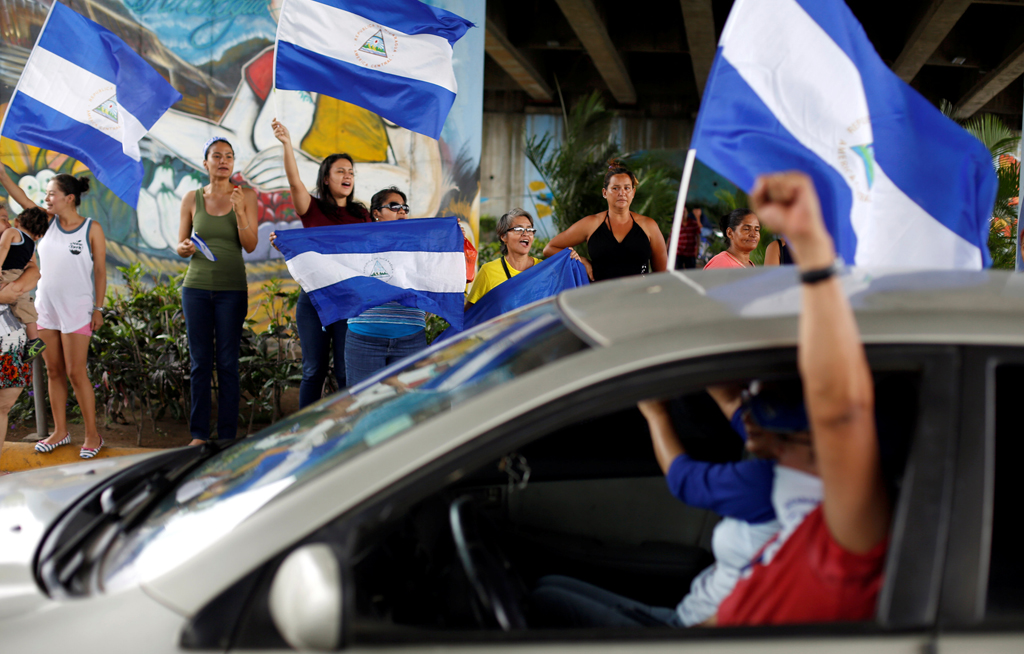 Demonstrators wave national flags during a protest against Nicaraguan President Daniel Ortega's government, along the street in Managua, Nicaragua June 10, 2018.

MANAGUA - Three people, including two police officers, were killed and several others wounded in an armed assault on a police post in remote northern Nicaragua, police said Monday.

The Central American country has been wracked by weeks of violence which have killed more than 130 people in predominantly urban protests against the government of President Daniel Ortega.

Police said "15 hooded individuals attacked with firearms the police post at Silao Paraska," in Mulukuku municipality in the Caribbean north of the country.

Two police officers were killed, two wounded and one kidnapped by the armed group, while one of the gang was killed and two wounded, the statement said.

Authorities called on protesters to "respect public and private property and the right of people to move freely throughout the territory."

The policemen were named Dixon Soza, 43, and Carlos Zamora, 36. Police gave no motive for the attack.