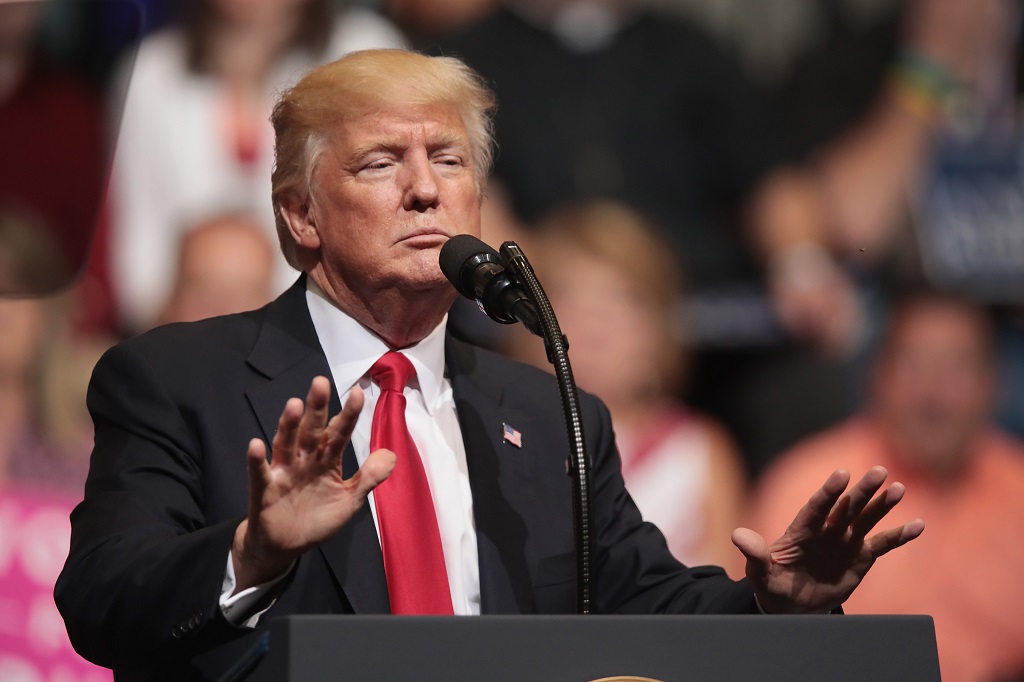 President Donald Trump speaks at a rally on June 21, 2017 in Cedar Rapids, Iowa.

Trump said the top court's ruling "allows the travel suspension for the six terror-prone countries and the refugee suspension to become largely effective."

"As president, I cannot allow people into our country who want to do us harm," he added, in a White House statement.

In Monday's ruling, judges said the ban, which had been put on hold by lower courts, could be enforced for travellers from the six countries who had no "bona fide relationship with a person or entity in the United States".

The ruling would remain in force until the court hears the case in full in October.

It affects travellers from Iran, Libya, Somalia, Sudan, Syria and Yemen for 90 days unless they can demonstrate personal links to the United States, including relatives or, offers to attend American universities.

Trump has consistently argued that his ban, which was first introduced in January before being revised in March, was justified on security grounds.

But previous rulings had argued that the president overstepped his authority and that his executive order was discriminatory.

Trump said Monday's ruling was a vindication of his approach and allowed him "to use an important tool for protecting our nation's homeland".

"My number one responsibility as Commander in Chief is to keep the American people safe."

During his campaign for the presidency last year, Trump had said he wanted to ban all Muslims from entering the United States.