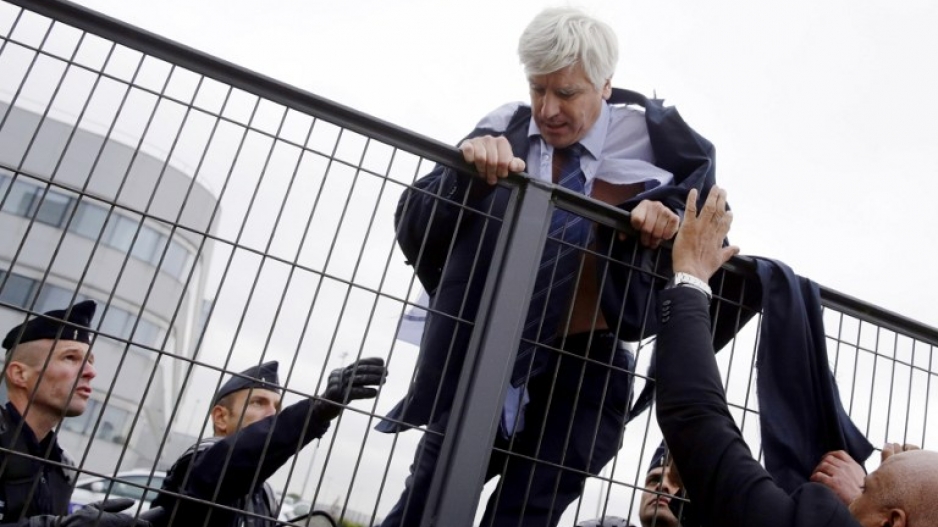 PARIS - A French court on Friday postponed the trial of five union activists over an incident in which an Air France executive had his shirt ripped off as he tried to escape an angry mob.

Images of furious activists chasing down two executives at the airline&39;s headquarters on the edge of Paris made headlines around the world when the confrontation took place in October.

Although the trial had been due to start on Friday, the court in Bobigny in the Paris suburbs agreed to postpone it until September 27 at the request of defence lawyers.

Fifteen union activists are to go on trial over the confrontation, which took place on October 5, but only five face the most serious charge of "organised violence".

The shirt-ripping incident sprang out of a dispute over the airline&39;s plans to cut 2,900 jobs.

In images which hit screens around the world, bare-chested human resources chief Xavier Broseta was seen trying to scale a fence after being chased out of a meeting about restructuring proposals at the troubled airline.

Another executive, Pierre Plissonnier, also had his shirt and jacket ripped.

The protests were led by the CGT, France&39;s largest union, which has spearheaded a wave of industrial unrest in recent weeks against controversial labour reforms.

The CGT has been the driving force in strikes and direct action blocking refineries and fuel depots that have caused petrol shortages, disrupted public transport and placed a question mark over the smooth running of the Euro 2016 football tournament which opens on June 10.