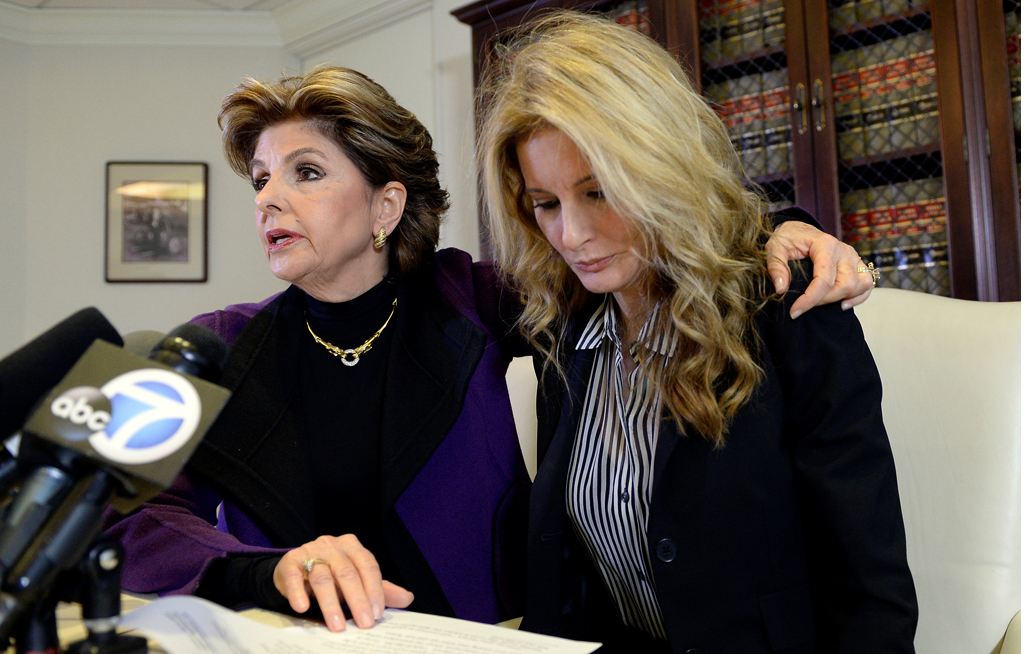 Summer Zervos (R) speaks to reporters about allegations of sexual misconduct against Donald Trump, alongside lawyer Gloria Allred, during a news conference in Los Angeles, California.

LOS ANGELES - One of the women who accused President-elect Donald Trump of sexual misconduct indicated Friday that she would take legal action against him only if he follows through with a threat to sue her.

"He now has the largest bully pulpit in the world and he has not yet taken back his threat to sue me and the others who came forward," Summer Zervos, a former contestant on Trump's reality television show "The Apprentice," told a news conference.

Her attorney Gloria Allred said her client, who appeared visibly shaken at the briefing, currently had no intent to bring formal charges against Trump.

But she warned that could change if Trump follows up on his vow to sue a handful of women who have accused him of sexual misconduct.

"If in fact he sues the women, then it will be my recommendation for them to file a lawsuit for libel," Allred, who is representing three of Trump's accusers, said. "A president can be sued for actions or statements that he has made prior to his becoming president of the United States."

She also challenged Trump to retract comments he made during the campaign in which he described his accusers as "liars."

"Retraction would undo some of the damages that he has inflicted on his accusers," the feminist civil rights lawyer said.

Zervos earlier this month revealed that the real estate magnate had made unwanted sexual advances toward her when she met him at the Beverly Hills Hotel in Los Angeles in 2007 to discuss career opportunities.

Trump moved toward her aggressively during the encounter and touched her on the breast, she alleged, saying she rebuffed him.

Zervos and several other women who have made similar allegations came forward after a 2005 videotape of Trump bragging about being able to get away with groping women surfaced during the campaign.

The president-elect claimed his comments on the tape were "locker-room banter," denouncing the sex assault allegations as lies and fabricated stories, and threatening to sue his accusers.