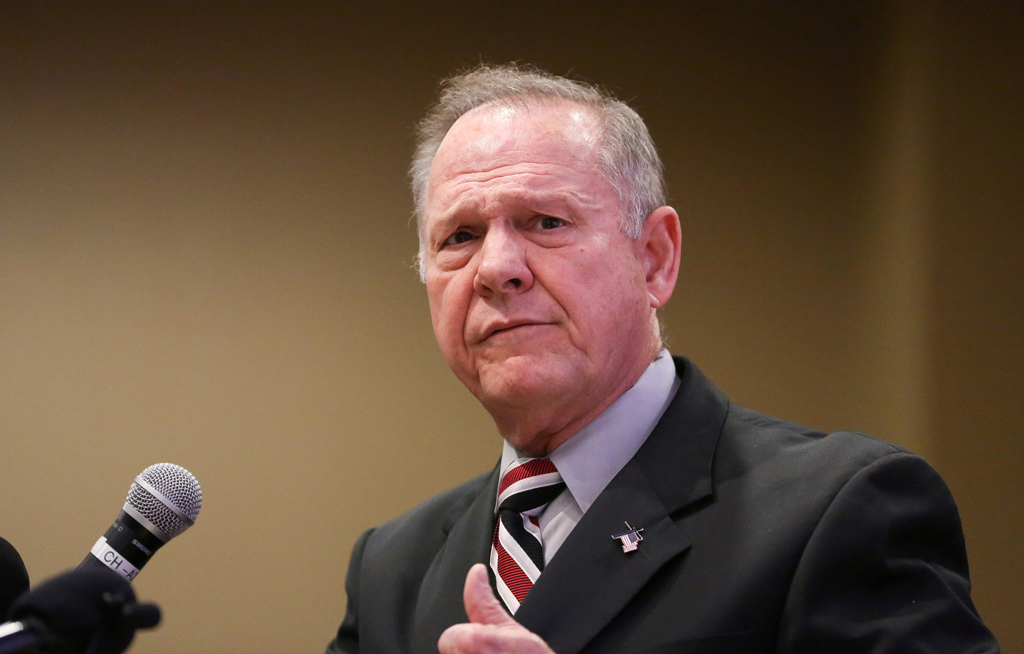 WAHINGTON - US President Donald Trump on Monday officially endorsed the candidacy of embattled Republican Senate hopeful Roy Moore, who has been accused of sexual assault by multiple women including one who was 14 at the time.

Trump had previously characterized the allegations against Moore as "very troubling" before changing tack and warning voters in Moore&39;s home state of Alabama that a victory for his Democratic rival Doug Jones "would be a disaster!"

On Monday he telephoned the 70-year-old Christian conservative to offer his formal backing ahead of the December 12 special election in the right-leaning southern state, the White House said.

"The president had a positive call with Judge Roy Moore during which they discussed the state of the Alabama Senate race and the president endorsed Judge Moore&39;s campaign," said principal deputy press secretary Raj Shah.

In spite of a history of controversy stemming from his tenure on Alabama&39;s supreme court, Moore had been a strong favourite to win an election before the allegations against him were first reported by The Washington Post.

Most of the reported allegations relate to when Moore was a prosecutor in his mid-30s and sought to pursue relationships with teens.

The Alabama race, which is being held to replace Jeff Sessions who was named US attorney general, has national repercussions because Republicans hold only a slim 52-to-48 majority in the Senate.

Earlier Monday, Trump had cited Democrats&39; opposition to his legislative agenda -- and Moore&39;s potentially decisive Senate vote on everything from immigration to abortion -- as reasons to support him.

"Democrats refusal to give even one vote for massive Tax Cuts is why we need Republican Roy Moore to win in Alabama," Trump tweeted. "We need his vote on stopping crime, illegal immigration, Border Wall, Military, Pro-Life, V.A., Judges 2nd Amendment and more. No to Jones, a Pelosi/Schumer Puppet!"

"Look at your 401-k&39;s since Election. Highest Stock Market EVER! Jobs are roaring back!" he added, referring to an employer-sponsored retirement savings plan.

In a statement Monday, Moore&39;s campaign said he was "honoured" to have received the president&39;s endorsement, in a call placed from on board Air Force One.

"President Trump knows that the future of his conservative agenda in Congress hinges on this election," Moore was quoted as saying.

"I look forward to fighting alongside the president to strengthen our military, secure our border, protect our gun rights, defend the sanctity of life, and confirm conservative judges to courts around this nation."

Moore has denied the allegations against him and said they are politically motivated.

One of his accusers, Leigh Corfman, now 53, said that when she was 14 Moore took her into his house in the woods near Gadsden, Alabama, removed her shirt and pants, and fondled her over her bra and underpants.

Allegations of sexual harassment have plagued both of America&39;s main political parties in recent weeks.

Democrat John Conyers, a celebrated civil rights activist who is the longest-serving member of Congress, announced he was stepping down from a leadership position last month as he battles harassment claims from members of his staff.

Trump himself has been accused of misconduct by several women, ranging from groping to unwanted advances and kissing, though these did not prevent his election last year.