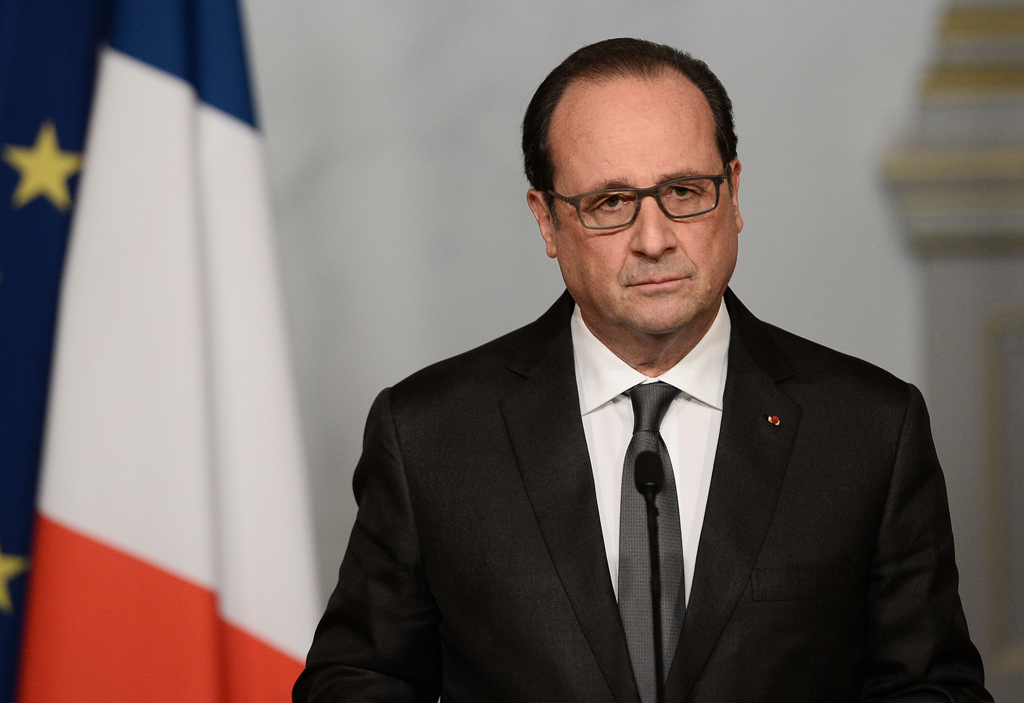 In a first call lasting seven to eight minutes the two leaders discussed the fight against terrorism, the battle against the Islamic State group in Iraq and Syria, the conflict in eastern Ukraine and the Paris climate accord, a French presidential source told AFP.

The two men expressed a "desire to work together", the source added.

Climate-change denier Trump has caused alarm in France by pledging to withdraw from the landmark deal to tackle global warming struck in Paris in December 2015.

The French also took a dim view of Trump's claim that the terror attacks that left 130 people dead in Paris a year ago this week might have been avoided if the country had had looser gun laws.

Hollande and Trump sought common ground, emphasising the friendship between their countries and the "history and values" they share, the source said.

Hollande, who is battling record-low approval ratings ahead of presidential elections in France next year, had vowed a "frank" discussion with the Republican.

"Donald Trump has been elected. My duty is to ensure that we have the best relations but on the basis of frankness and clarity," Hollande told France 2 television earlier.

On Wednesday, he had warned that Trump's stunning election win "opens a period of uncertainty".

Hollande had made no secret of his desire to see Hillary Clinton win the White House, declaring a few months ago that Trump's excesses "make you want to retch".

His call with Trump came a day after talks between the next US president and German Chancellor Angela Merkel.

Merkel congratulated Trump and said she looked forward to meeting him, at the latest, when Germany hosts a G20 summit in July in the northern port city of Hamburg.

Merkel had offered Trump "close cooperation" and "stressed that Germany and the United States of America are closely tied through common values," her spokesman Georg Streiter said.

On Wednesday, Merkel had issued a first statement on Trump's election in which she pointedly said cooperation must be based on shared democratic values and respect for human dignity and reminded him of the global responsibility he carries.

The Spanish government said on Friday that Trump's election "opens a period of uncertainty" although his first steps have been in the right direction.

"With respect to the new president of the United States it is true that it opens a period of a period of uncertainty," government spokesman Inigo Mendez de Vigo told a news conference after a weekly cabinet meeting.

Trump's conciliatory victory speech and his meeting with outgoing US President Barack Obama, where they appeared to set aside past animosity, "go in the right direction", the spokesman added.

"We know the president-elect in political terms from what he said during the campaign" but "during election campaigns sometimes things are said that are not easy to implement," Mendez de Vigo said.