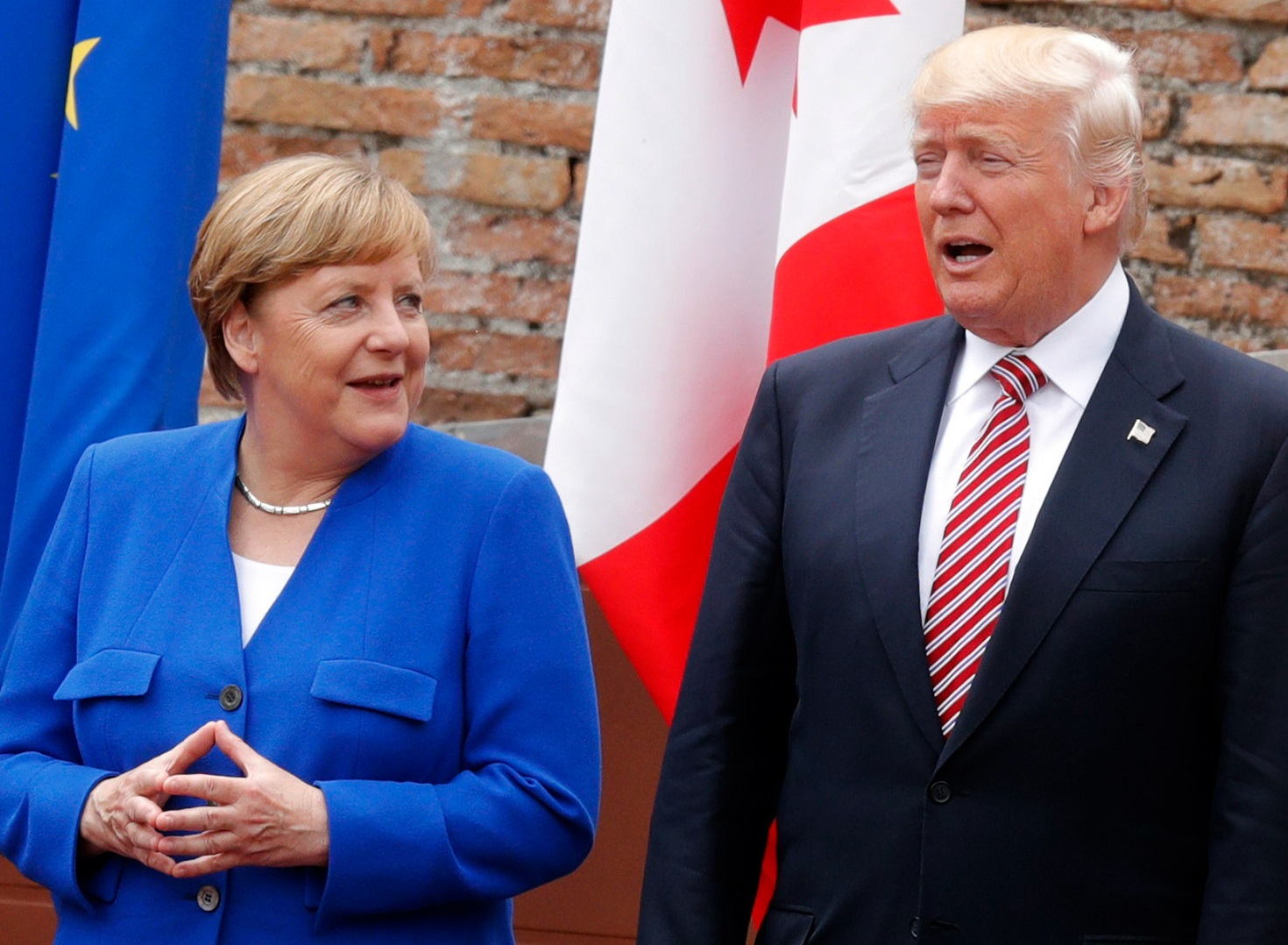 This file photo taken on May 26, 2017 shows German Chancellor Angela Merkel and US President Donald Trump as they attend the Summit of the Heads of State and of Government of the G7.

"The chancellor and the president voiced concern about Russian president Putin&39;s latest remarks on arms development and its negative impact on international arms control efforts," said a statement by the German chancellery.

Putin unveiled the new arsenal on Thursday in a state of the nation address, challenging Washington to a new arms race ahead of a presidential election that will all but certainly confirm his grip on power.

Putin during his speech showed a series of video montages of missiles crossing mountains and oceans, heading over the Atlantic before striking the US eastern seaboard.

The US on Thursday accused Moscow of openly breaching Cold War-era treaties by developing what Putin called a new generation of "invincible" hypersonic weapons and submarines.