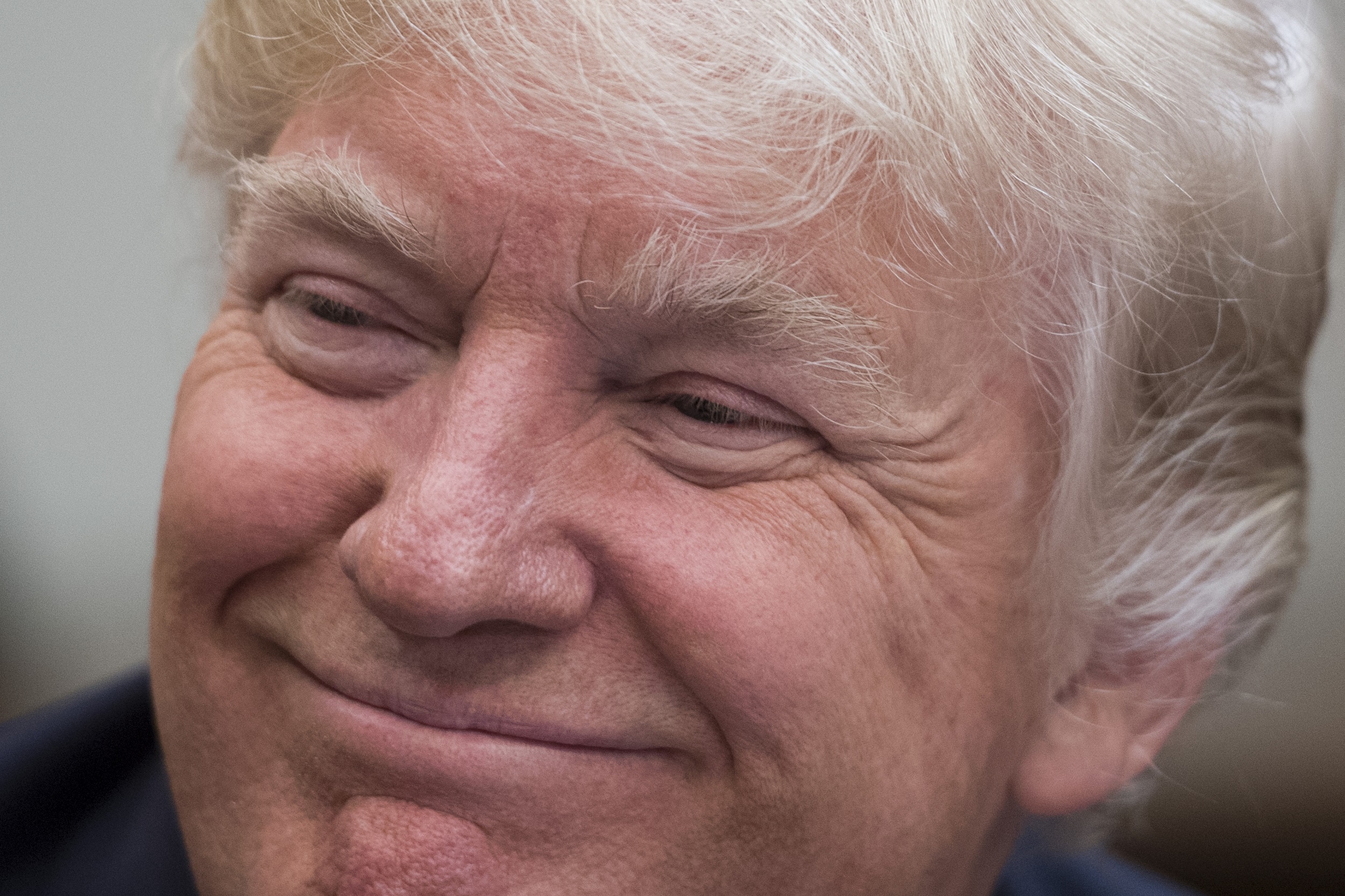 File: US President Donald Trump will roll back a slew of environmental protections enacted by Barack Obama, in a bid to untether the fossil fuel industry.

WASHINGTON - US President Donald Trump will on Tuesday roll back a slew of environmental protections enacted by Barack Obama, in a bid to untether the fossil fuel industry.

In a maiden trip to the Environmental Protection Agency, Trump will sign an "Energy Independence Executive Order," a White House official told AFP.

The new president will unveil a series of measures to review regulation curbing oil, gas and coal production and limiting carbon emissions.

The centerpiece of Trump's plan is an effort to slow walk Obama's Clean Power Plan, which restricts emissions from coal-fired power plants.

The measures will "help keep energy and electricity affordable, reliable, and clean in order to boost economic growth and job creation," the White House said.

But the new president could face a cool reception at the agency's imposing Washington headquarters.

Trump has repeatedly questioned humans' role in warming the planet, leaving environmentally-focused EPA staff to wonder whether the fox is guarding the hen house.

Trump has done little to assuage those fears, vowing to slash EPA funding by a third, appointing anti-climate litigator Scott Pruitt as head of the EPA and Exxon's CEO Rex Tillerson as Secretary of State.

But Trump's climate skepticism has struck a chord with many Republican voters.

Some 68 percent of Americans believe climate change is caused by humans, but just 40 percent of Republicans say they worry about it according to Gallup.

During the 2016 election campaign Trump donned a hardhat and embraced miners from Kentucky to West Virginia, promising to return jobs to long-ravaged communities.

He won both states by a landslide.

Since coming to office he has coupled his pro-miner rhetoric with support for the fossil fuel industry.

The United States is the world's second largest polluter. Around 37 percent of domestic carbon dioxide emissions come from electricity generation.

Curbing emissions from coal-fired power plants was a pillar of America's commitment in the Paris Climate Accord.

"Whether we stay in or not is still under discussion," a senior administration official told AFP.

And it remains to be seen whether stalling implementation and defunding the EPA will bring coal back.

Some experts warn the economic payoff from ditching the clean power plan will be limited.

"In my view, it will have virtually no impact," said professor James Van Nostrand of West Virginia University, who said the decline of coal had more to do with higher mining costs and cheaper natural gas and renewables.

"Defunding or dismantling the EPA and repealing its regulations is not going to bring the coal industry back."

"The constant narrative about the 'war on coal' and the alleged devastating impact of EPA's regulations on West Virginia’s coal industry will now be exposed for its inherent speciousness," he predicted.

Referring to the plan, the same US official told AFP: "It's going to take some time."

In 2008 there were 88,000 coal miners in the United States, according to the US Energy Information Administration.

Today, the number of coal miners has fallen around 25 percent. More people work in Whole Foods, an upscale supermarket chain.