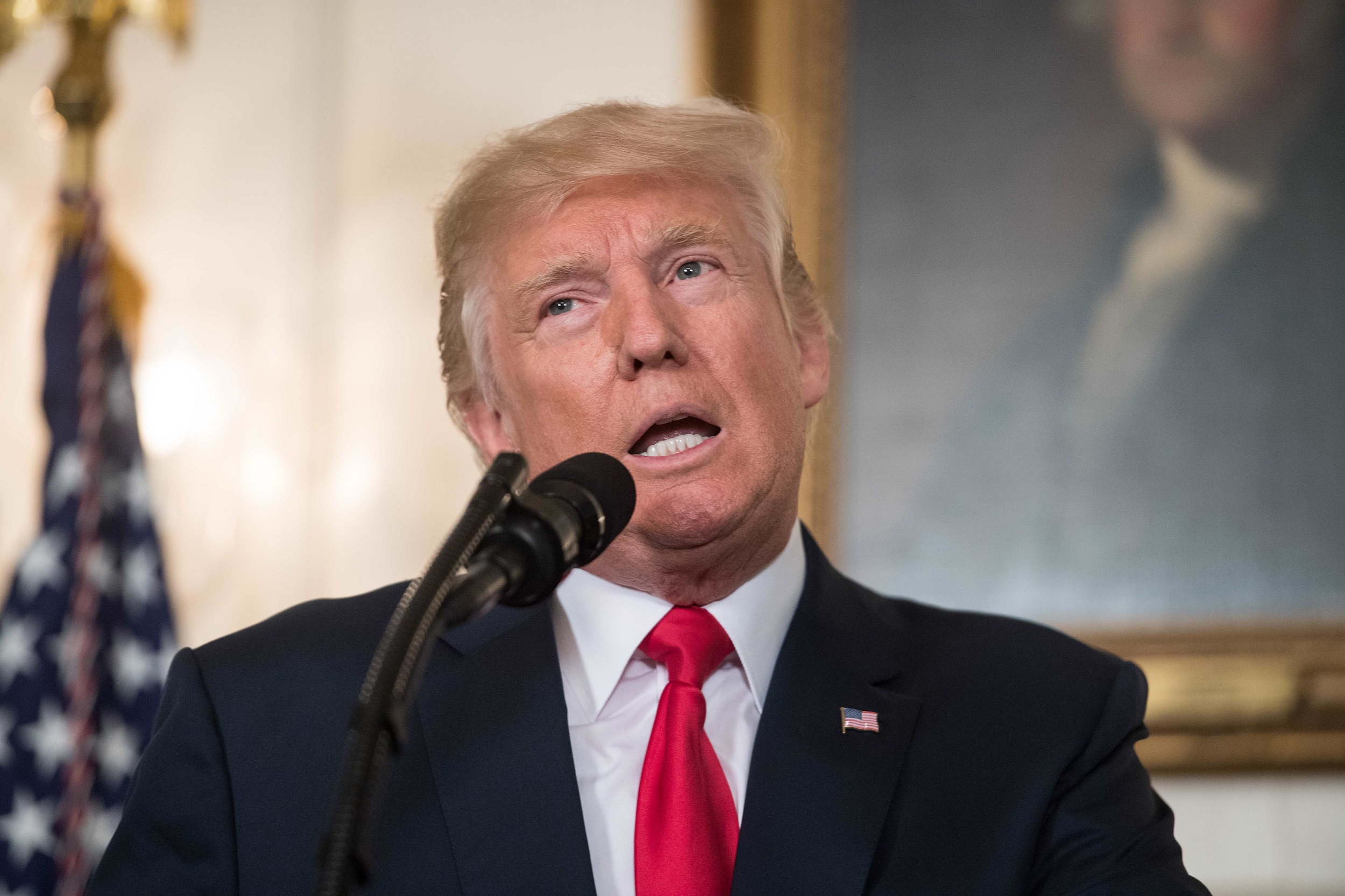 File: US President Donald Trump asked Secretary of State Mike Pompeo not to go to North Korea at this time.

One of them purports to show a Muslim beating up a Dutch boy on crutches. Another is described as showing an Islamist mob pushing a teenager of a rooftop.

The third purports to show a Muslim throwing down and smashing a statue of the Virgin Mary.

The footage was posted by Jayda Fransen, deputy leader of the far-right group Britain First.

The retweets were part of an early morning burst in which Trump again dismissed CNN as "Fake News" and insisted the US economy was in "record territory" by many measures.

Trump also said consumer confidence was at an all-time high.

"I guess somebody likes me (my policies)!" the president wrote.

The video of the Virgin Mary statue being wrecked has been on YouTube at least since 2013. It is labelled as showing a jihadist in Syria doing the destroying of the icon.