Trump says he would make Mexico pay for a border wall 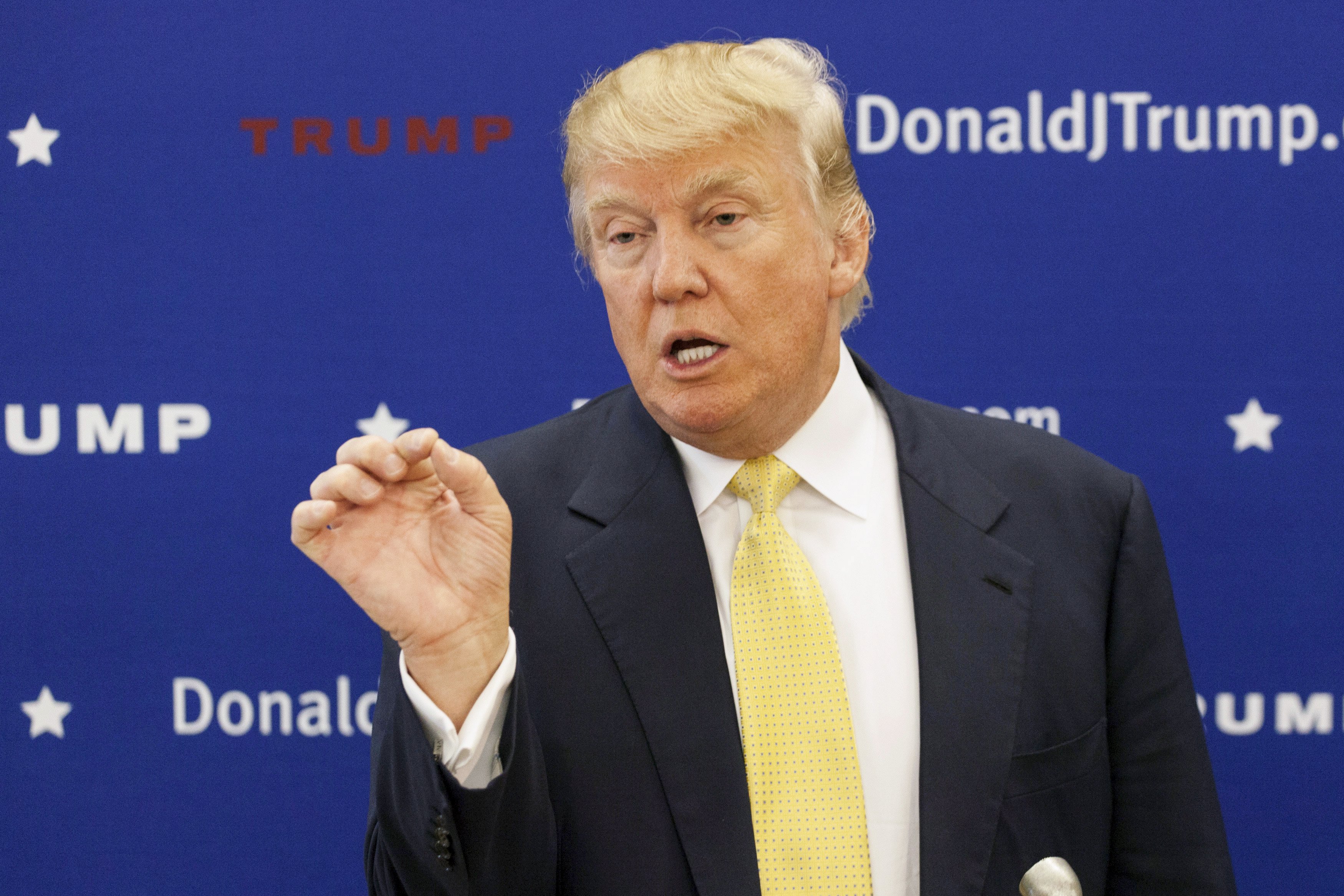 WASHINGTON - Presidential hopeful Donald Trump said in an interview aired Sunday that he would force Mexico to pay to have a wall built along its northern border with the United States.
"I would do something very severe unless they contributed or gave us the money to build the wall," Trump said on CNN&39;s State of the Union.
It was the billionaire&39;s latest broadside against Mexico since he announced his candidacy June 16 with a speech labelling immigrants from the United States&39; southern neighbor as drug traffickers, criminals and rapists.
His comments caused an uproar, prompting Mexico&39;s interior minister to call him "prejudiced and absurd," and Univision, America&39;s top Spanish-language TV network, to sever its ties with Trump&39;s Miss Universe Organization.
In the CNN interview, Trump insisted "you have people coming through the border that are from all over. And they&39;re bad. They&39;re really bad."
"I&39;m not just saying Mexicans, I&39;m talking about people that are from all over, that are killers, and rapists," he said.
Asked about his calls for a border wall, Trump said, "Mexico has not treated us well. Mexico treats us as though we are stupid people. Which, of course, our leaders are.
"I don&39;t blame Mexico. China&39;s even worse," he added.
He said he would force Mexico to pay for the wall "because Mexico makes a fortune because of us."
Trump, a real estate tycoon and star of the TV reality show "The Apprentice," came in second place this week among Republicans in the running for the presidency, behind former Florida governor Jeb Bush, in a poll by Suffolk University.