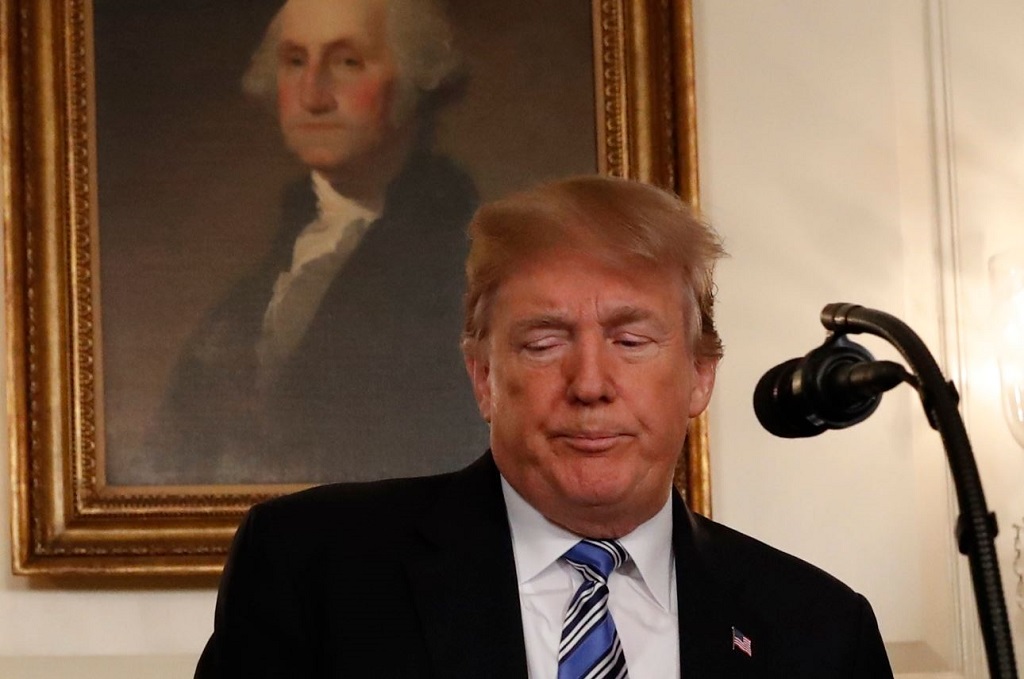 US President Donald Trump speaks about the mass shooting at a Florida high school in a national address from the White House in Washington, U.S., February 15, 2018.

WASHINGTON - US President Donald Trump praised China on Thursday for its help with North Korea and said meetings were being set up between him and North Korean leader Kim Jong-Un.

"They have really been a great help to us at the border with North Korea," Trump said of China. "They&39;ve been really terrific at helping us get to some kind of settlement.

"Meetings are being set up right now between myself and Kim Jong-Un. I think it will be terrific. I think we&39;ll go in with a lot of respect and we&39;ll see what happens."

Trump also said that trade "negotiations" between Washington and Beijing were going well, conflicting with Chinese official statements on the dispute, which has fed fears on financial markets of an all-out trade war.

“We are getting along very well, think we&39;re going to do some great things," Trump said, adding that getting rid of nuclear weapons was "very good for them, good for everybody."

Trump said on Monday he planned to meet Kim in May or early June and hoped the discussions would ultimately lead to an end of North Korea&39;s nuclear weapons program, which Washington sees as its most pressing security threat.

READ: IN QUOTES: Trump and Kim

CIA director Mike Pompeo told his confirmation hearing for the post of secretary of state that he was optimistic conditions could be set at that meeting for a diplomatic outcome to the crisis over North Korea&39;s development of nuclear weapons capable of reaching the United States.

Pompeo brushed aside concerns that the administration&39;s moves to modify a nuclear deal with Iran could make reaching an agreement with North Korea more difficult. He argued that Kim would be looking to his own interests, including his country&39;s economy and the "sustainment of his regime," rather than other historical agreements.

Pompeo stressed that the aim of a Trump-Kim summit was to get North Korea to “step away.” Under questioning, he would not take any option off the table, including military ones.

At the same time, he said he was not advocating regime change for North Korea and had never done so.

Last year, North Korea accused Pompeo of favouring such a policy after the CIA director told a forum in July that it was important to separate the country&39;s nuclear weapons from the "character who holds the control over them."

Last May, North Korea accused the CIA and South Korea&39;s intelligence service of a failed plot to assassinate Kim at a military parade in Pyongyang.

At a separate congressional hearing, U.S. Defense Secretary Jim Mattis said the aim was for a negotiated solution to the North Korean crisis.

"We&39;re all cautiously optimistic that we may be on the right path for the denuclearization of the Korean peninsula," he told the House Armed Services Committee.