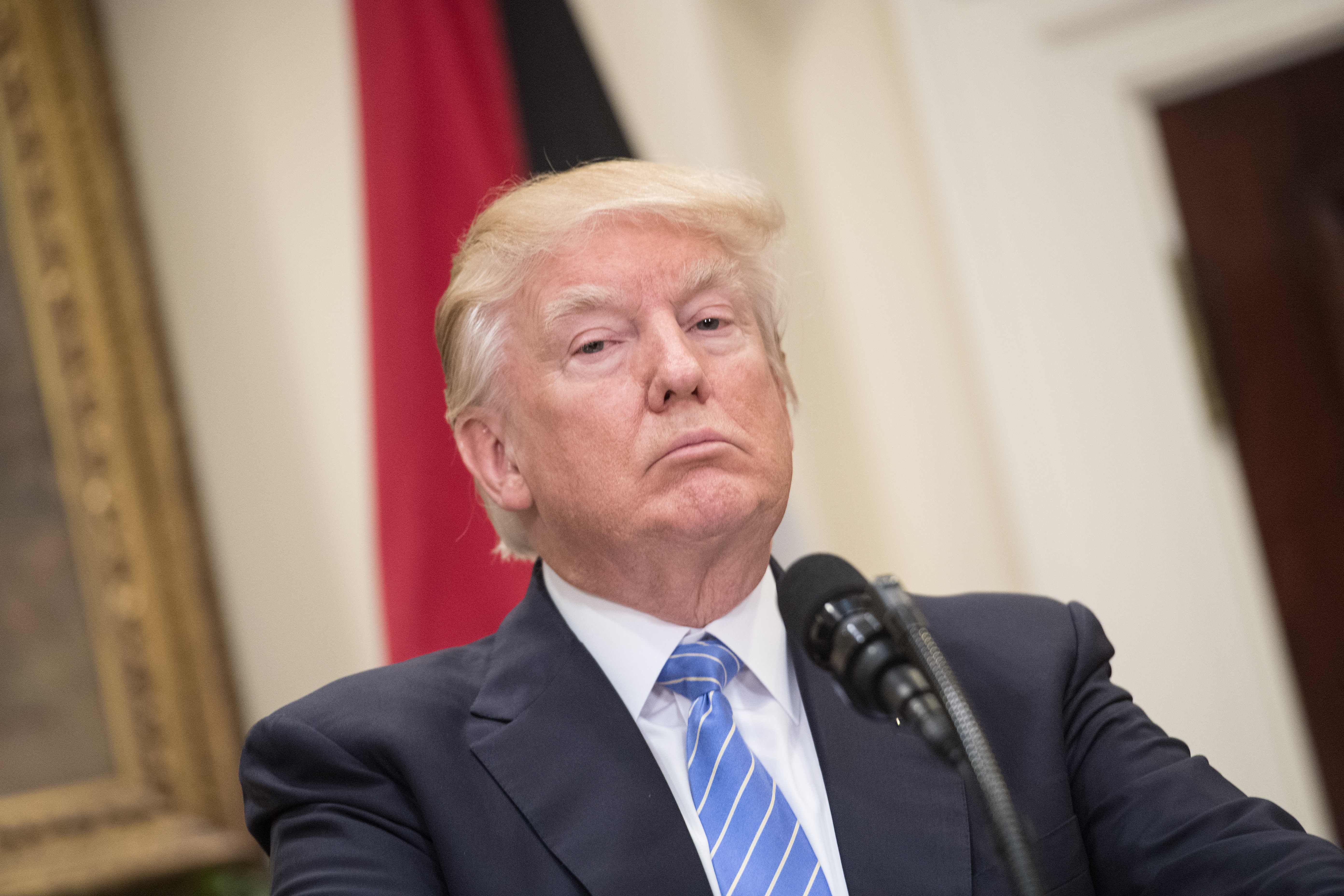 Donald Trump confirmed his first foreign trip as president will include stops in Saudi Arabia, Israel and the Vatican.

WASHINGTON - Donald Trump lashed out Sunday at London's mayor Sadiq Khan, accusing him of downplaying the threat of terrorism a day after knife-wielding men mowed down and stabbed revelers in the British capital.

At least 7 dead and 48 wounded in terror attack and Mayor of London says there is "no reason to be alarmed!"

London's mayor swiftly shot down the US president's remarks, made in a series of overnight tweets, as critics accused Trump of exploiting a terror attack for political gain, and not for the first time.

A spokesman said Khan "has more important things to do than respond to Donald Trump's ill-informed tweet."

Trump poured scorn on Khan's attempt to reassure the public after three assailants smashed a van into pedestrians on London Bridge then attacked revelers with knives.

"At least 7 dead and 48 wounded in terror attack and Mayor of London says there is 'no reason to be alarmed!'" the US president said in one tweet.

Trump said the attack showed it was time to "stop being politically correct and get down to the business of security for our people," after tweeting the night before, as the scenes of panic in London were still unfolding, that it underscored the need for his contested "travel ban" on several Muslim-majority nations.

London mayor: I have more important things to do than respond to Trump's "ill-informed tweet" https://t.co/TMGqaugdA9 pic.twitter.com/gQcPQ42FFX

Khan, in an interview with BBC just hours after the attack, had said, "My message to Londoners and visitors to our great city is to be calm and vigilant today. You will see an increased police presence today, including armed officers and uniformed officers. There is no reason to be alarmed by this."

Responding Sunday to Trump's criticism, a Khan spokesman issued a pointed statement saying that the mayor, busy coordinating a response to the attack even while reassuring Londoners and visitors, had "more important things to do than respond to Donald Trump's ill-informed tweet that deliberately takes out of context his remarks."

The acting US ambassador to Britain, Lew Lukens, threw his support behind Khan in a series of tweets which also praised the "extraordinary" response from Londoners and emergency services.

"I commend the strong leadership of the @MayorofLondon as he leads the city forward after this heinous attack," he said, quoted on the US embassy's Twitter account.

The attack in central London came just weeks after a suicide bombing at a concert in Manchester left 22 dead, and it recalled an attack in March when a man drove a car into pedestrians near the seat of Parliament, killing five.

It was not the first time Trump has been accused of using a terror attack to make a political point, and with Londoners still in shock Sunday, the president's tweets drew angry responses on both sides of the Atlantic.

David Lammy, a Labor Party member of Parliament, tweeted: "Cheap nasty & unbecoming of a national leader. Sort of thing that makes me want to quit politics on a day like this. Evil everywhere we look."

In the United States, former vice president Al Gore told CNN that "I don't think that a major terrorist attack like this is the time to criticize a mayor who is trying to organize his city's response to this attack."

Regarding Trump's plug for his contested travel ban -- which has been blocked by the courts,Cecillia Wang, deputy legal director of the American Civil Liberties Union, tweeted, "We need to be outraged when the president exploits a terrible violent crime to push his discriminatory and illegal policy."

Last June, after the deadly shooting attack on a nightclub in Orlando, Florida, Trump had tweeted: "Appreciate the congrats for being right on radical Islamic terrorism, I don't want congrats, I want toughness & vigilance. We must be smart!"

That tweet drew angry rebukes from critics saying that the immediate aftermath of an attack that left 49 people dead was not a time for a president to be "basking in congratulations."