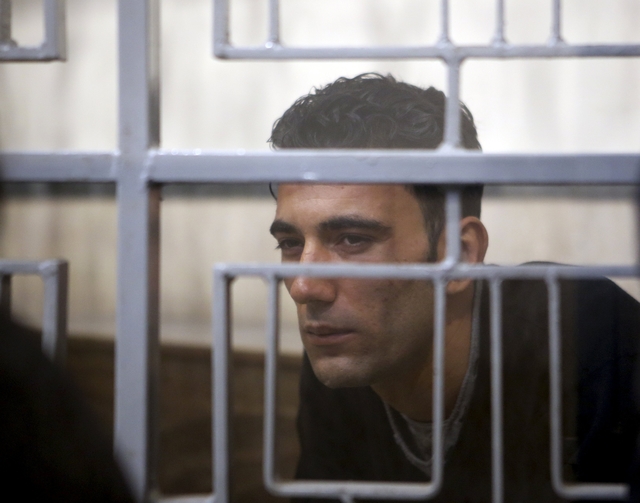 Mohammed Ali Malek, Italian police arrested the 27-year-old Tunisian, who is believed to have been the captain of a grossly overloaded fishing boat which capsized and sank off Libya, drowning hundreds of migrants including many women and children.

CATANIA - The presumed captain of a migrant boat that sank off Libya with the loss of more than 700 lives appeared before an Italian judge on Friday, after prosecutors asked that he be charged with homicide and people-trafficking.

Mohammed Al Malek, 27, has denied that he was in charge of the heavily overloaded fishing boat which capsized shortly before midnight on Saturday with hundreds of African and Bangladeshi migrants locked in its lower decks.

Prosecutors say survivors have identified him as the boat&39;s captain but his lawyer, Massimo Ferrante, said late on Thursday Malek would tell judges that he was a passenger on the vessel.

The Tunisian showed little emotion as the preliminary hearing began in a court in the Sicilian city of Catania, where he is likely to come face to face with a number of survivors who will be giving testimony.

A 25-year-old Syrian, Mahmud Bikhit, who prosecutors believe was a crew member, has denied involvement and accused Malek of being in charge of the vessel when it capsized after colliding with a merchant ship coming to its aid.

He may face charges of favouring clandestine immigration but not of multiple homicide.

Only 28 people survived the disaster, believed to be the heaviest loss of life on the Mediterranean in decades and which underlined the scale of the migrant crisis facing Europe.

The sea is one of the main routes into the European Union for tens of thousands of mostly Asian and African migrants fleeing war and poverty, with almost 40,000 people having arrived this year already.

The heavy loss of life has also raised pressure for action by EU countries, who pledged this week to step up search and rescue operations in the southern Mediterranean.

After interviewing the survivors, prosecutors have concluded that more than 750 people are likely to have been aboard the 20-metre-long fishing boat, but with most locked in the hold and lower deck, only 24 bodies have been recovered.

They have also requested that Malek face kidnapping charges in addition to multiple counts of homicide, causing a shipwreck and facilitating clandestine immigration.

Friday&39;s hearing is an "incidente probatorio", a preliminary hearing intended to allow judges to establish the basic facts of a case before a decision is taken on whether to file charges.