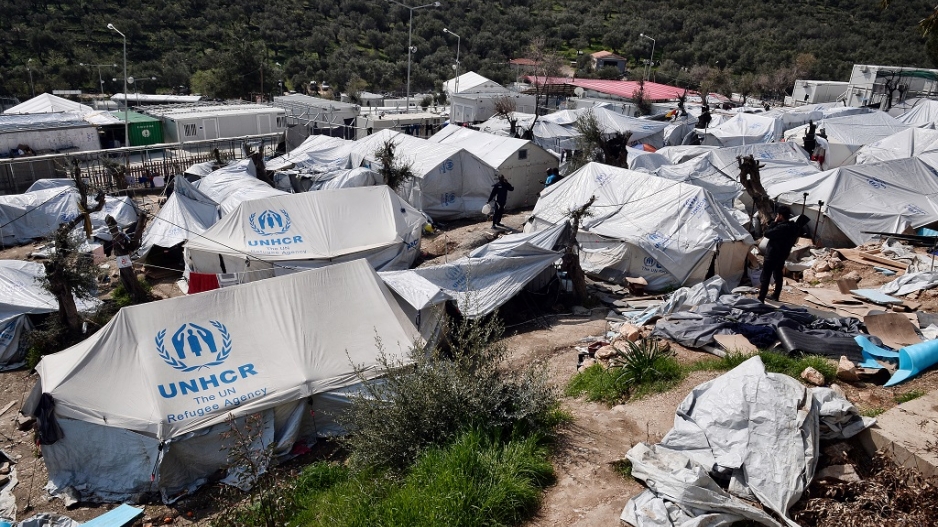 The EU-Turkey deal, signed on March 18, 2016, has sought to stem the flow of migrants from Turkey to the EU, in particular Greece, by land and sea routes.

ATHENS – Greece has persuaded Turkey to accept migrant returns from the mainland in order to reduce critical overcrowding in its refugee camps, a report said Saturday.

The Kathimerini daily said the agreement came during a strained two-day state visit by Turkish President Recep Tayyip Erdogan this week, during which he angered his hosts with talk of revising borders and complaints about Greece&39;s treatment of its Muslim minority.

The deal is in addition to Turkey&39;s existing agreement to take  back migrants from Aegean island camps, under the terms of an EU-Turkey pact.

Greek Prime Minister Alexis Tsipras&39; office did not respond to AFP requests for comment on the report.

But a Greek government source on Friday said Athens and Ankara had agreed "new measures of cooperation towards decongesting the islands, under the terms of the EU-Turkey pact."

No further details were given.

It is unclear how Brussels will react to the move, Kathimerini said.

Criticised by rights groups, the EU-Turkey pact was designed to encourage Ankara to stem refugee flows.

Under that controversial deal, Ankara pledged to take back  illegal migrants landing in the Greek islands in exchange for financial aid, eased EU visa rules for Turkish citizens, and limited direct resettlement of Syrian refugees living in Turkey.

The pact sharply reduced the number of migrants trying to cross the Aegean Sea to reach Greek islands, although Ankara has repeatedly threatened to walk away from the deal, including over the failure to fulfil the pledge on visa-free travel.

Greece has found that the pace of migrant returns to Turkey fell dramatically after a state crackdown on civil servants that followed an attempted coup against Erdogan last year.

Athens has until now been wary of moving large numbers of asylum seekers to the mainland, warning that doing so goes against the EU-Turkey pact.

Other EU states complain that once on the mainland, too many migrants find ways to get out of Greece and travel to wealthier states such as Germany, where there is mounting fatigue towards accepting further asylum-seekers.

But the slow pace of transfers, delayed by arduous background checks on asylum-seekers, has pushed Greek island camps to breaking point.

On the islands of Lesbos, Chios, Samos, Kos and Leros where there are over 15,000 refugees and migrants, camps are filled to triple their capacity, forcing many to sleep in tents.

Efforts to further expand the camps have run into strong local protests, the ministry adds.

Over 3,500 persons were transferred to the mainland between October and November, the migration ministry said.

Aid groups have warned that transferring refugees to heated accommodation before temperatures drop is a matter of life and death.